Manchester City have said any fans found guilty of racist abuse will be banned from the club for life after a supporter appeared to make a monkey gesture towards a United player during Saturday’s derby match.

The incident happened during the second half of a dramatic but occasionally ugly clash at the Etihad Stadium.

At least two United players including Brazilian star Fred are believed to have been targeted with abuse during the game, which also saw missiles thrown from the stands. In a statement, City said they were “aware of a video circulating on social media which appears to show a supporter making racial gestures” – and were working with Greater Manchester Police to help identify those involved.

City added: “The club operates a zero tolerance policy regarding discrimination of any kind, and anyone found guilty of racial abuse will be banned from the club for life.”

Police are also working with City regarding the missiles that were thrown on to the field.

City players were seen appealing for calm in the section of the crowd where the missile appeared to have come from, with Fred the player who was struck.

Teammate Marcus Rashford told Sky Sports he was not aware of the incident during the game, but said the fact such abuse was still happening “isn’t good enough”.

He added that there was “obviously work still to do in that area”. 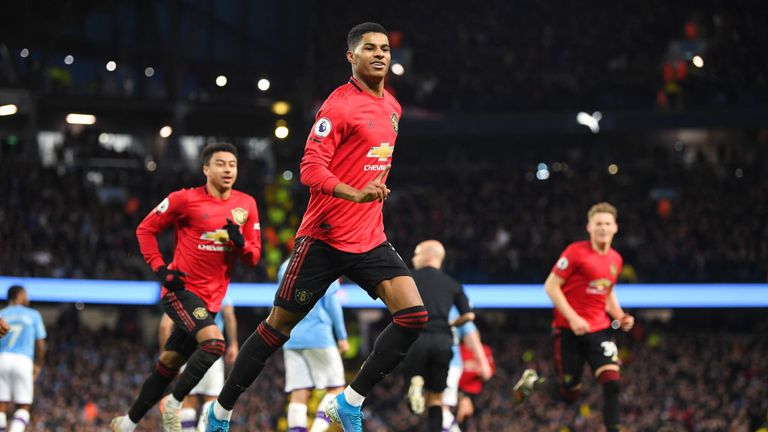 He told Sky Sports: “I’ve seen it on the video. Fred and Jesse (Lingard) in the corner taking coins from the City fans first of all, so they’ve got to go away.

“And then there’s this not-so-intelligent fella chanting racist abuse towards my two players and I hope City and the authorities will deal with it, because he shouldn’t be watching football again. Not live, anyway.

“We have to stamp it out. We keep talking about it every single week and it’s not acceptable. He should not be allowed back into a ground. That’s how simple it is.” 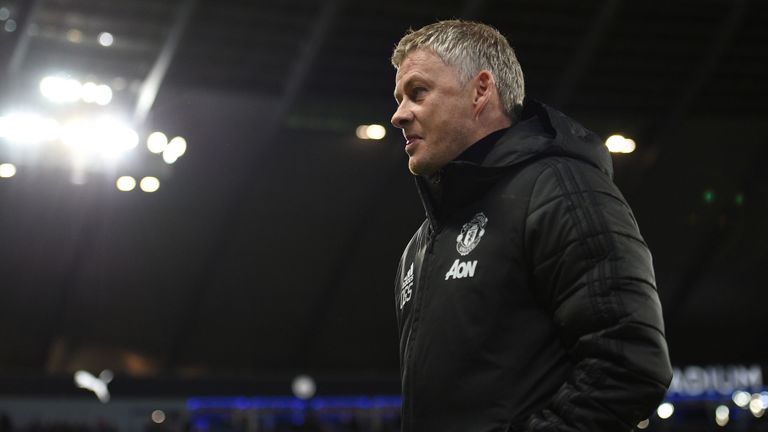 English football’s equality and inclusion organisation Kick It Out said it had been “inundated with reports of alleged racist abuse from a number of individuals” during the game, which United won 2-1.