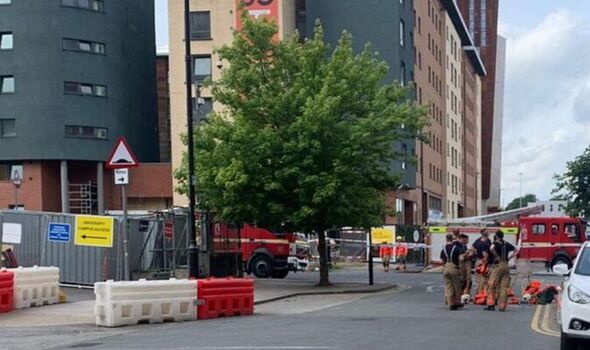 Fire crews have been spotted on Cambridge Street, near the junction with Chester Street over a suspected gas leak. Police were also at the scene, as well as North West Ambulance Service’s incident response unit.

Diversions and cordons were in effect on Cambridge Street.

A spokesperson for Cadent said damage to a gas pipe was reported on a construction site.

They said: “Police, fire crews and ambulance crews were called as a precaution.

“Some road closures were put in place to keep everyone safe.”

The Manchester Evening News reported the gas leak was reported in a Unite student building.

A worker told the outlet the student accommodation was empty.

They also reported some workers have been evacuated over the incident.

'Majority’ of adults could get Covid jab by end of May, leaked letter reveals