Subterranean passageways stretch under large parts of Manchester and the surrounding areas. These tunnels include the remnants of a tube station that never was, a communications bunker, air raid shelters, canals and even shops. Experts say there is evidence of them being used for several hundred years, but they became famous for their role in World War 2.

The spaces were utilised as air-raid shelters after Manchester was on the receiving end of heavy bombing from the German Luftwaffe during the Blitz.

The neighbouring towns of Salford, Stretford and other districts were also badly damaged – and now a new labyrinth of hidden tunnels have been explored in Stockport.

AJ and Natasha from YouTube channel ‘2Idiots Explore’ located the Dodge Hill bunkers which, according to the pair, “have been sealed closed” since the war.

AJ said: “Stockport is a very old market town southeast of Manchester with records that date back to the 11th century. 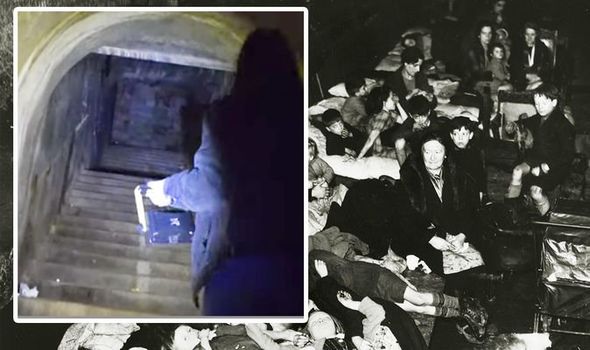 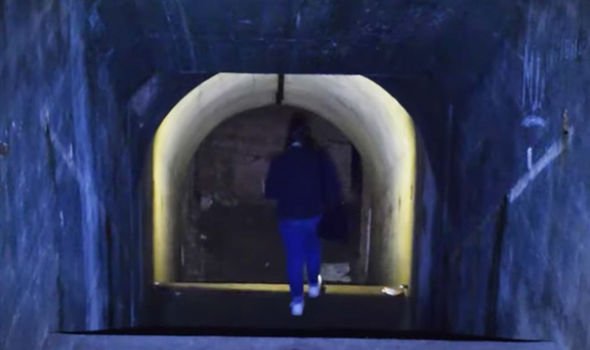 “It has layers of history, including some that are buried, hidden beneath our feet that a lot of residents walk over every single day.

“We visited the Dodge Hill air-raid shelter situated next to the M60.

“It is one of three air raid shelters in Stockport.”

The explorer went on to give more detail on the tunnel.

He said: “The underground tunnels were dug into sandstorm on which the town centre stands on. 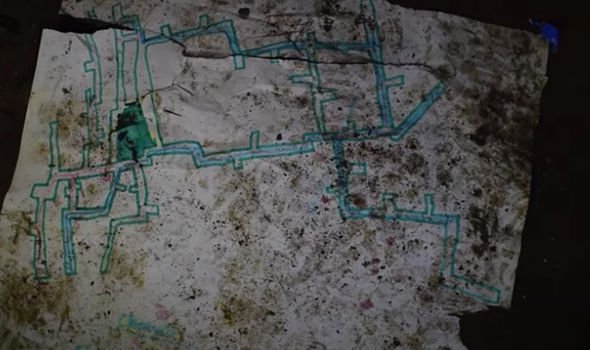 “The smallest shelter could house up to 2,000 people, while the largest could accommodate 6,500.

“It was constructed in 1938 and finished in 1939. Stockport was bombed for the first time a year later.

“After the war, these air raid shelters were sealed closed with breeze-blocks and have remained untouched for decades.”

The pair headed inside, where they found scores of bunk beds, an old newspaper and various pieces of equipment.

They explored several rooms and found a staircase leading to the original entrance.

But they decided to leave after reaching a dead end. 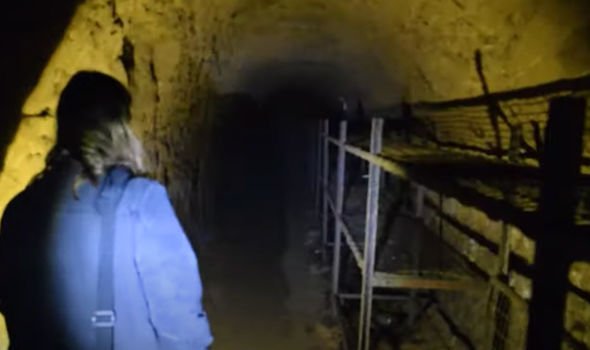 The largest of the Stockport Air Raid Shelters have been open to the public since 1996 as part of the town’s museum service.

The others, however, appear to have remained untouched.

Author Keith Warrender has written two books on the system of tunnels below Manchester.

He previously told Manchester Evening News: “It was something that interested me and I began to research the subject and started to do talks on it.

“People then shared their own things with me and it all came from there.

“The tunnels range from a long period of time. 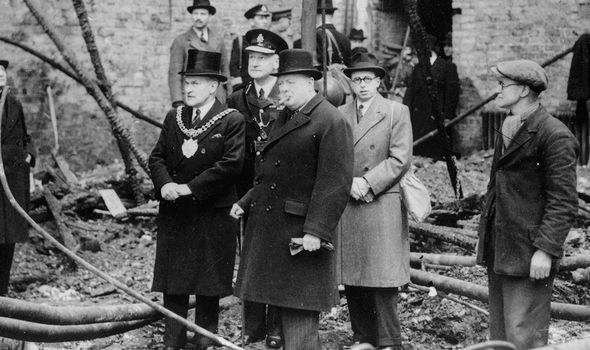 “Some go back to the times of the religious persecution where people of the Catholic faith had routes in and out of the city. That is one of the earliest ones.

“Then we got to the Victorian period when that is when there was a big flood of underground projects.”

Some of these projects include the Victoria Arches which was a structure built into the embankment of the River Irwell.

The shops, accessible from street level via wooden staircases, closed in the Thirties.

There are also underground river and canal tunnels such as the Manchester and Salford Junction Canal Tunnel underneath the Great Northern which joins the Rochdale Canal and River Irwell.