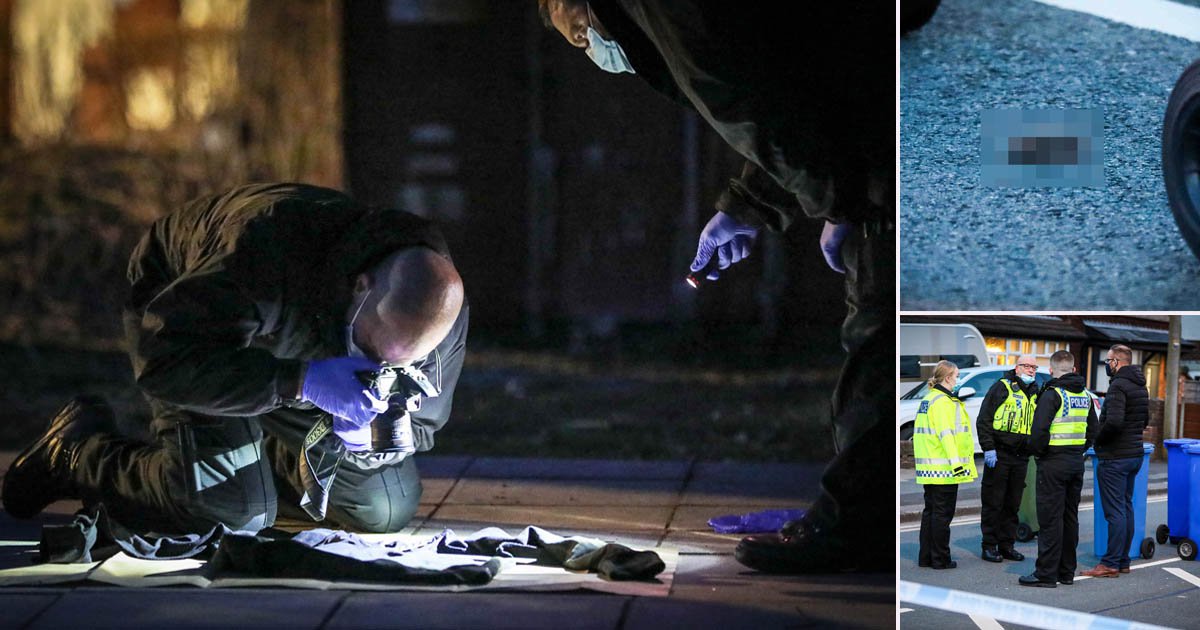 A man’s scalp appeared to be seen lying in the road after a suspected machete attack last night.

Police have launched an investigation into a horrific assault which took place behind the Active iTRAIN gym in Dukinfield, Manchester at about 7pm.

Forensics were pictured taking photographs and examining the scene while the road was cordoned off, MailOnline reports.

Witness reports suggest the man was attacked with a machete.

The suspected body part was later taken away on blue lights, possibly to hospital.

Officers confirmed a man was assaulted and is now receiving medical treatment.

A spokesperson for Greater Manchester Police said: ‘At 7.15pm we responded to reports of an assault on Birch Lane in Dukinfield.

‘Officers attended and established that an adult male had been assaulted. He is now receiving treatment.’

The news comes after a man was stabbed in the face outside a Morrisons in Manchester city centre over the weekend.

The frenzied assault – which also saw the 25-year-old victim stabbed in the arm and shoulder – took place in broad daylight on Saturday afternoon.

He was taken to hospital but his injuries are not believed to be life-threatening.

A large cordon was in place on Saturday evening and blood-soaked clothes were seen on the pavement.

The attacker was male and police have called it an ‘isolated incident’.

They are now appealing for witnesses or anyone with information to come forward.

Local councillors were told ‘high visibility patrols’ would be stepped up in response to the attack.