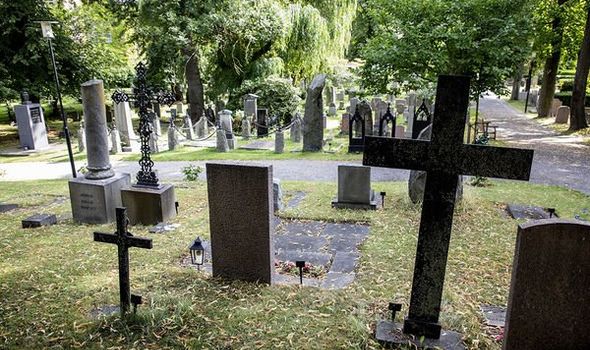 Life insurance company DeadHappy has provided us with some new research which shows that half of Brits would like to be remembered in an alternative, fun way after they pass away, rather than in a traditional way.

The data collected shows that 37 percent think that having a named bench is old fashioned and 26 percent of people think gravestones are outdated.

Some of the options that are around in this modern age include having our ashes turned into diamonds or them being turned into fireworks… are any of these a way you would like to be remembered?

Well 25 percent of use apparently like the idea of them being made into diamonds and 15 percent would like them to be made into fireworks and… 12 percent want to be sent to space.

Are there any more suggestions you may ask… one in ten would like a fancy viking style funeral with their body being sent out to sea on a boat. Five percent want to be crygenically frozen and six percent would like to be stuffed by a taxidermist.

The most popular choice is to send someone we love on a holiday of a lifetime with no expense spared though. Fifty percent of Brits would opt for this choice over any of the others.

Co-founder of DeadHappy, Phil Zeidler, said:  “Death has had a bad rep for a long time now. It’s often viewed as depressing or sad, and something we should avoid discussing.

“In fact, our research confirms that, despite the grand ideas we have for our own memorials, many people still find talking about death difficult. So much so, Brits would rather talk about politics, religion and even our toilet habits than we would about dying.

“But the fact is, it’s going to happen to all of us at some point, so taking a responsible approach by ensuring we have the right protection plans in place – like life insurance – is key.”

He continued: “Planning for your afterlife can also be interesting and inspiring. As well as covering the basics like your mortgage payments and childcare, you can now inject some of your personality into it too – so if getting stuffed by a taxidermist is your thing, it can actually become a reality.”