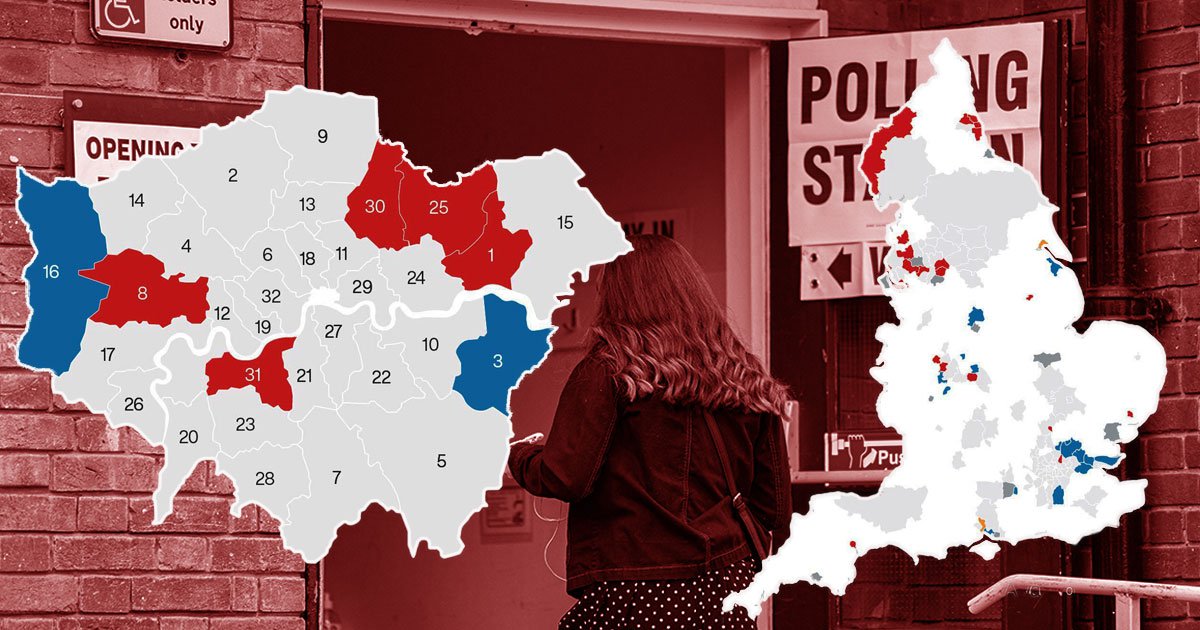 Millions of people in England, Scotland and Wales headed to the polls yesterday to cast their ballots in this year’s local elections.

While their votes are to decide who runs their councils, they are also seen as a reflection of how the public feels about what’s happening in Westminster.

The Conservative Party are on track to lose more than 200 seats, while Labour have taken the key London strongholds from them.

Grassroots Tories have been calling on Boris Johnson to quit, as they lay the blame squarely at his feet for tarnishing their reputation.

Voters were expected to punish the PM’s party in the ballot box over the Partygate scandal and the cost of living crisis gripping the country.

Some candidates even took the step to re brand themselves as ‘local Conservatives’ in a bid to distance themselves from antics in Westminster.

More than 4,350 seats on over 140 councils in England were being contested yesterday. All of Scotland’s 32 councils and all 22 councils in Wales also holding votes.

With that in mind, here are a series of maps of election results that will be updated as the day goes on.

Only results in England are being called at the moment, with counting in Scotland and Wales getting underway today.

Despite Labour’s symbolic victories in Labour, polling guru John Curtice says its vote share in the rest of England is down compared to 2018.

However the Tories have still lost Southampton after just one year to Labour, and West Oxfordshire and Worcester to no overall control.

The Tories are on track to lose somewhere between 200 and 300 councillors – a huge blow but lower than the 800 some had predicted.

The Lib Dems and the Green Party have enjoyed the most gains, taking seats off both the main parties.

Meanwhile Rutland County Council leader Oliver Hemsley announced that he had resigned from the Conservative Party shortly after polls closed.

He accused the government of ‘ignoring and sidelining’ his county and said inequalities in Rutland have been ‘compounded year-on-year’ due to council tax, with not enough help provided by Westminster.

Calling on Johnson to step down, leader of the Conservative Sunderland Council Antony Mullen told the BBC: ‘It’s been Partygate – it’s suppressed our turnout. Quite clearly that’s the only thing that has changed nationally that has affected this’

‘The best chance of reviving the Conservative Party’s fortunes will be with a new leader. If there is no improvement in the party’s reputation, then clearly something has to change.’

Results on the map may be delayed as they are updated in stages.

Doctor reveals own payslip saying not all medics earn over £80,000