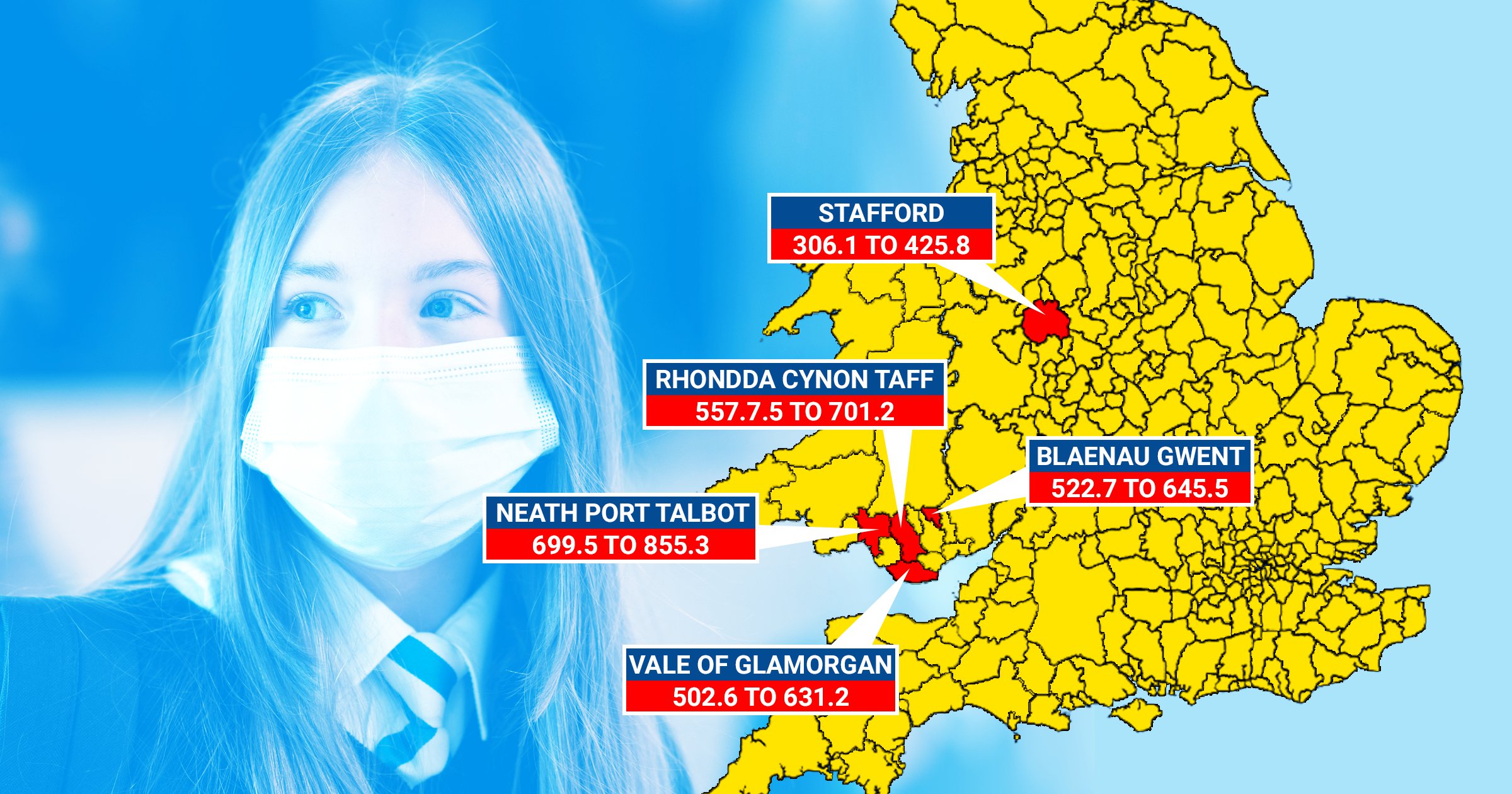 Wales is becoming the new Covid epicentre of the UK and is home to four of the top five places where infections are growing fastest.

Neath Port Talbot, Rhondda Cynon Taf, Vale of Glamorgan and Blaenau Gwent all saw big rises in the number of new cases in the last week, according to the latest figures.

It appears Wales in taking over from Scotland as the worst affected place for Covid across the country.

Cases flared north of the border when schools went back last month and it seems as though something similar is now happening in the rest of the UK, where schools tend to go back later.

He told MPs: ‘Let’s make an assumption that the great majority of children who’ve not currently had Covid-19 are going to get it at some point over the next period.

‘It won’t be necessarily in the next two or three months but they will get it sooner or later.’

Younger people are not often severely affected by the virus but could pass it on to the more vulnerable.

In Wales, nearly half of Covid cases are occurring among pupils and teachers in some parts of the country, WalesOnline reported.

School leaders said the situation now is worse than at any other point during the pandemic.

Children are no longer being forced to self-isolate if a classmate tests positive but may still have to if they are identified as having been in close contact with that person.

The latest estimates show thousands of pupils are off school currently because they have been told to stay home.

It takes the country’s total case load since the start of the pandemic over 7.5million.

Aside from Wales, parts of Scotland continue to be badly affected as well as north west England and Northern Ireland.

Covid rates across the country have been falling for the past week but now appear to be on the rise again.

However deaths have plateaued and hospitalisations are dropping – suggesting it is mostly younger people accounting for the rise in cases.

Coronavirus: Spike in cases after people ‘relaxed too much’ and second wave ‘is coming’, health experts warn