Anyone running a marathon for the first time in 2020 will reduce the age of their arteries by four years, according to a study.

Those hoping to stick to a New Year resolution to take up running will also be lowering their blood pressure.

Scientists from Barts Heart Centre and University College London studied data from 138 healthy people who ran the 2016 and 2017 London marathons.

Their blood pressure and arterial stiffness was measured when they began training, six months before the annual event. 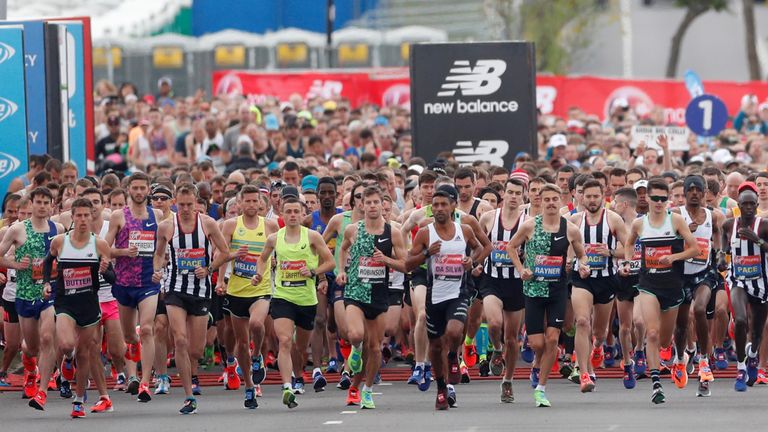 They were assessed again between one and three weeks after completing the 26.2 mile course.

Just under half were male, the average age was 37, and none had run a marathon before.

The average running time was 5.4 hours for women, and 4.5 hours for men.

The results showed that arterial stiffness had been reduced by 3.9 years, and blood pressure was cut by an amount equivalent to taking medication.

“Our study shows it is possible to reverse the consequences of ageing on our blood vessels with real-world exercise in just six months,” said Dr Charlotte Manisty.

It is believed that adults with high blood pressure and stiff arteries could benefit the most.

The researchers say their work shows the “importance of lifestyle to modify the ageing process”, and that it is “never too late to gain the benefits – as seen in older, slower runners”.

The research was funded by the British Heart Foundation. Its associate medical director, Professor Metin Avkiran, said it was not necessary to run a marathon to reap the health benefits of exercise.

“Aim for at least 150 minutes of moderate intensity exercise every week, or 75 minutes of vigorous exercise,” he said.

“More is usually better, but every bit counts.”