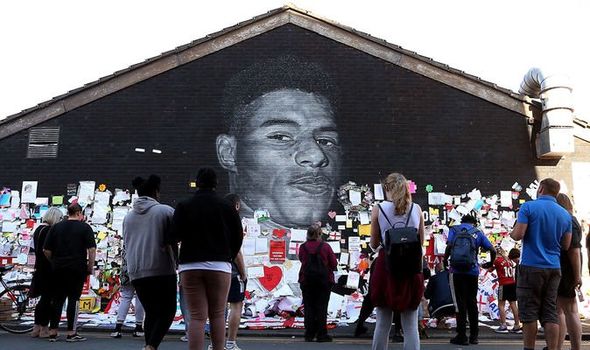 The giant painting in Withington, south Manchester, near where Rashford grew up, has been repaired by artist Akse. The striker was “lost for words” as 700 people held an anti-racism demo there.

Community leaders said the gifts, stickers, letters and messages will be “retained, recorded and, if possible, displayed”.

Police in the city were last night questioning a Savills estate agent who allegedly posted a racist tweet about black England stars.

Andrew Bone, 37, was arrested on suspicion of breaching the Malicious Communications Act – he claimed his Twitter account was hacked. He has been suspended by Savills.
Source: Read Full Article

Brexit shock: How May could have deciding vote on which EU chief takes over exit talks