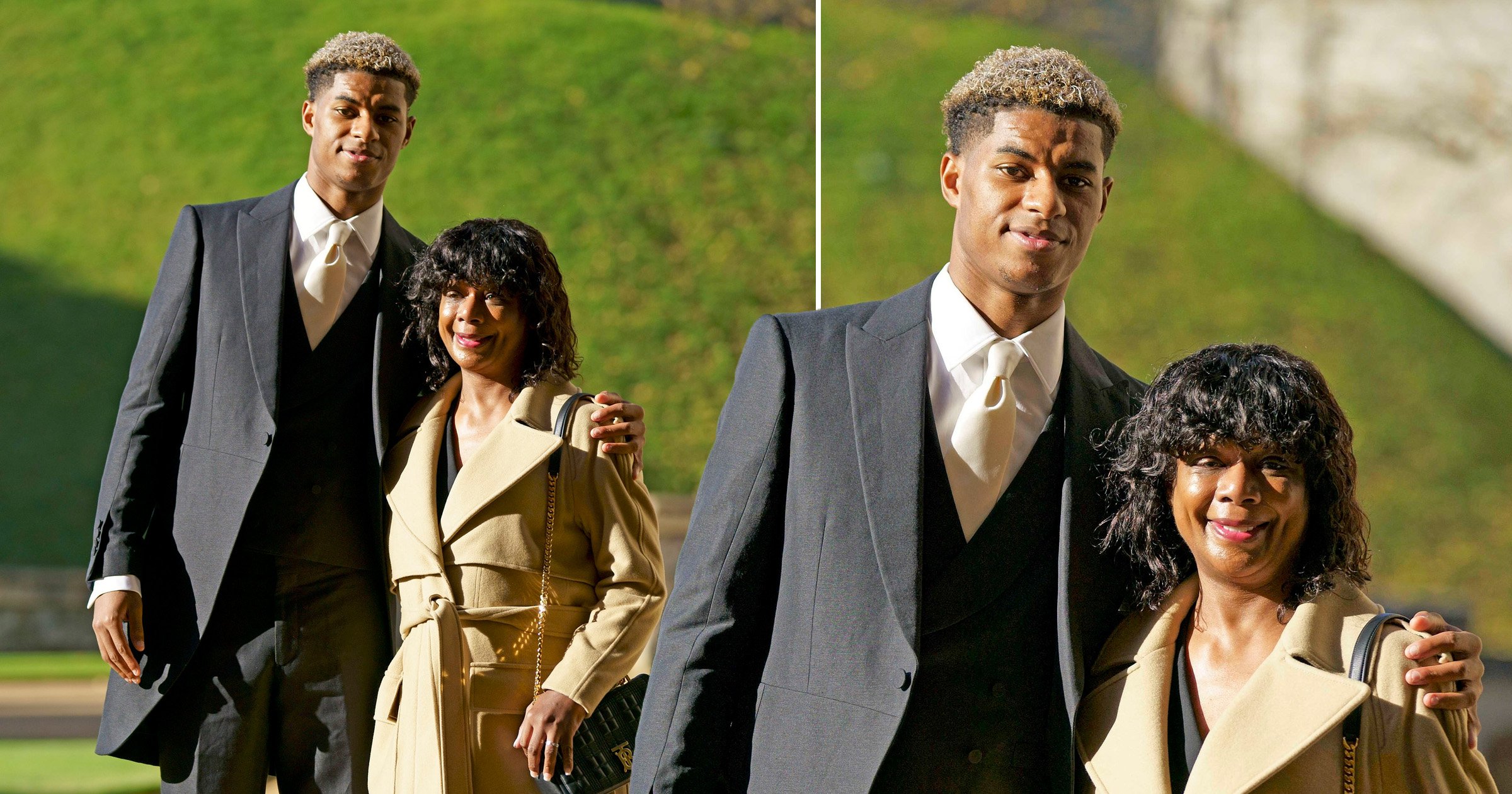 Footballer Marcus Rashford was pictured with his mum Melanie outside Windsor Castle ahead of picking up an MBE from Prince William for his campaign against food poverty.

The Manchester United striker is being recognised for his work last year to persuade the government to provide free meals to vulnerable youngsters in England throughout the school holidays during the coronavirus pandemic, forcing Boris Johnson into a U-turn.

Rashford, 24, has maintained his drive for social change by forming a child food poverty taskforce, which has linked up with some of the UK’s biggest supermarkets and food brands.

The England forward has repeatedly called for the free school meal provision to be extended to all children aged seven to 18 in households earning £20,000 or less after benefits, and to children that are undocumented or living in immigrant households with no recourse to public funds.

Last month he launched a new fight to end the ‘child hunger pandemic’ and urged ministers to act on the growing problem.

His campaigning has already led him to became the youngest recipient of an honorary degree from the University of Manchester.

Prince William is hosting his first investiture since the pandemic began and will also make actress Dame Sheila Hancock a dame commander for services to drama and charity.

Ahead of the ceremony, Rashford was pictured on the grounds of Windsor Castle with his arm around his mum.

Rashford has been open about his own struggles growing up in poverty and said he ‘owed everything’ to his single mother, as well as his club Manchester United.

He has revealed how he is haunted by the memory of his mother returning from a 14 hour shift at work and crying herself to sleep as she struggled to provide for her family.

Now with several awards behind him, the England international has always hailed his mum as the driving force behind the use of his platform to be a voice of change for kids that face a similar situation to what he did growing up in Greater Manchester.

Most recently he’s created a new football pitch for his old primary school so the next generation can follow in his footsteps.