Mr Montgomerie blasted the Theresa May-led British Government with a damning assessment of their Brexit record as he insisted Margaret Thatcher would be “furious” with the Cabinet. The Tory activist, who served as speechwriter to Conservative Party leaders William Hague and Iain Duncan Smith, accused Mrs May and her ministers of “messing up” the process of withdrawal from the European Union and claimed Mrs Thatcher would have made sure to deliver on the demands of British voters. Speaking to The New Culture Forum, Mr Montgomerie said: “Thatcher would be furious just as I think grassroots members are furious.

“It was the most important vote in British post-war history in my view, the decision to leave the European Union.

“The fact that the Conservative Party has messed it up – Theresa May definitely is an awful Prime Minister but the Cabinet sat around that table, acquiesced in most of the bad decisions that she made.”

Mr Montgomerie continued: “Mrs Thatcher was quite pragmatic but the things she said she would do, like tame the union, like control inflation, like station nuclear weapons in Britain to deter the Soviet Union, she did.

“Nobody really thought Mrs Thatcher ‘span,’ ‘spun,’ and deviated. They knew she was a conviction politician. 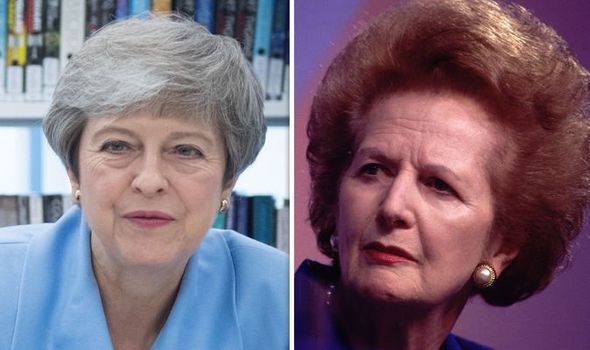 “I think she’d be appalled, really, that the Conservative Party has been so weak in delivering over the past three years.”

Theresa May was forced to resign in May after failing to convince Parliament to back the proposed withdrawal agreement she struck with the European Union in November 2018.

MPs voted down her plan three times as criticism of Mrs May and her Cabinet mounted, resulting in abysmal results for the party at both the local and European elections last month.

The Conservative Party launched the Tory leadership contest shortly after the Prime Minister stepped down from Number 10 and has since held three rounds of votes to pare down to two the potential candidates.

The 160,000 grassroots members of the party will then cast their postal vote to select their next leader, and Prime Minister. 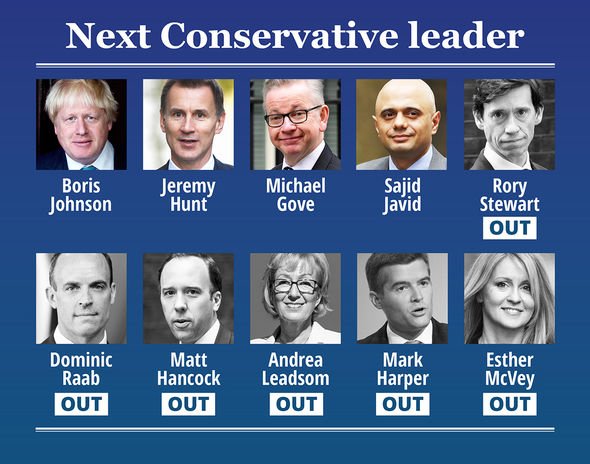 Boris Johnson secured a spot in the final vote after coming out on top in the first three votes while the remaining three contenders – Environment Secretary Michael Gove, Foreign Minister Jeremy Hunt, and Home Secretary Sajid Javid – will compete to take second place.

Mr Hunt battling to stay in second place said after the third ballot: “Three times now MPs have chosen me as the person best placed to take on Boris.

“If I make it to the final I will put my heart and soul into giving him the contest of his life: in politics today the unexpected often happens.

“The stakes too high to allow anyone to sail through untested.”

Work and Pensions Secretary Amber Rudd has called on Mr Johnson to respond to concerns his campaign team is encouraging supporters to lend votes to Mr Hunt in order to oust Michael Gove from the Tory leadership race.

Ms Rudd, who is backing Mr Hunt to be the next prime minister, said rumours that Mr Johnson’s campaign will use tactical voting to seek revenge on Mr Gove are “discrediting” the system to select a party leader.