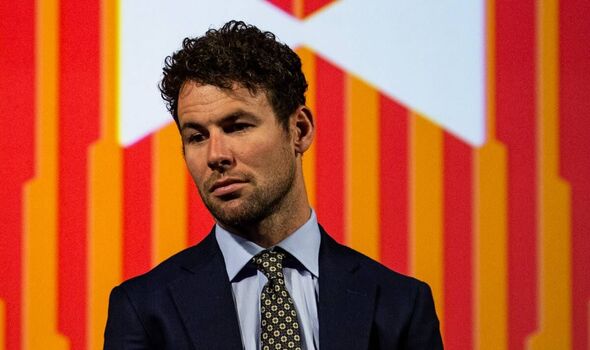 Mark Cavendish was “beaten and held at knifepoint” during a burglary, a court has heard. The Olympic cyclist, who won silver at the Rio 2016 Olympics, was recovering from a collapsed lung and broken ribs when he was “pounced on” by men wearing balaclavas.

Two of the alleged thieves, Romario Henry, 31, and Oludewa Okorosobo, 28, stand accused of being part of the 2.30am raid.

Prosecutor Edward Renvoize told the Chelmsford Crown Court: “This was not a run-of-mill robbery by opportunist thieves.

“It was a well-orchestrated, well-executed, planned invasion of the home of a well-known individual with the intention to obtain high-value timepieces.

“The perpetrators had large knives and concealed their identities with balaclavas.

“They threatened the couple and meted out violence to Mark Cavendish to meet their demands.

“They were able to steal watches worth hundreds of thousands of pounds.

“It’s quite clear they were interested in obtaining watches.”

Recounting the moment of the invasion, Mr Renvoize said the couple were in bed with their son when they were woken to the sound of voices downstairs.

As Mr Cavndish was recovering from injuries at the time, Mrs Cavendish got up to investigate.

Mr Renvoize said: “As she began to go down the stairs, she became aware of people running towards her. She turned and ran back up, shouting for her husband to get into the bedroom.

“Mr Cavendish tried to find the panic alarm. As he did so, two of the assailants pounced on him and started punching him, demanding that he turn the alarm off.

“One produced a knife and threatened to ‘stab him up’ in front of his children.

“Mrs Cavendish was understandably looking after her three-year-old child, keeping him under the duvet to stop him from seeing what was going on.”

Jurors were told Mrs Cavendish tried to call the police but was noticed by the burglars and threatened with a knife.

The burglars found a small safe and ordered Mark to open it, but he was unable to because its batteries were dead, causing the raiders to inflict “more violence”.

The property has yet to be recovered.

Henry and Okorosobo have both denied two counts of robbery while a third invader, Ali Sesay, 28, admitted his part in the burglary after DNA was found on Peta’s abandoned mobile outside.