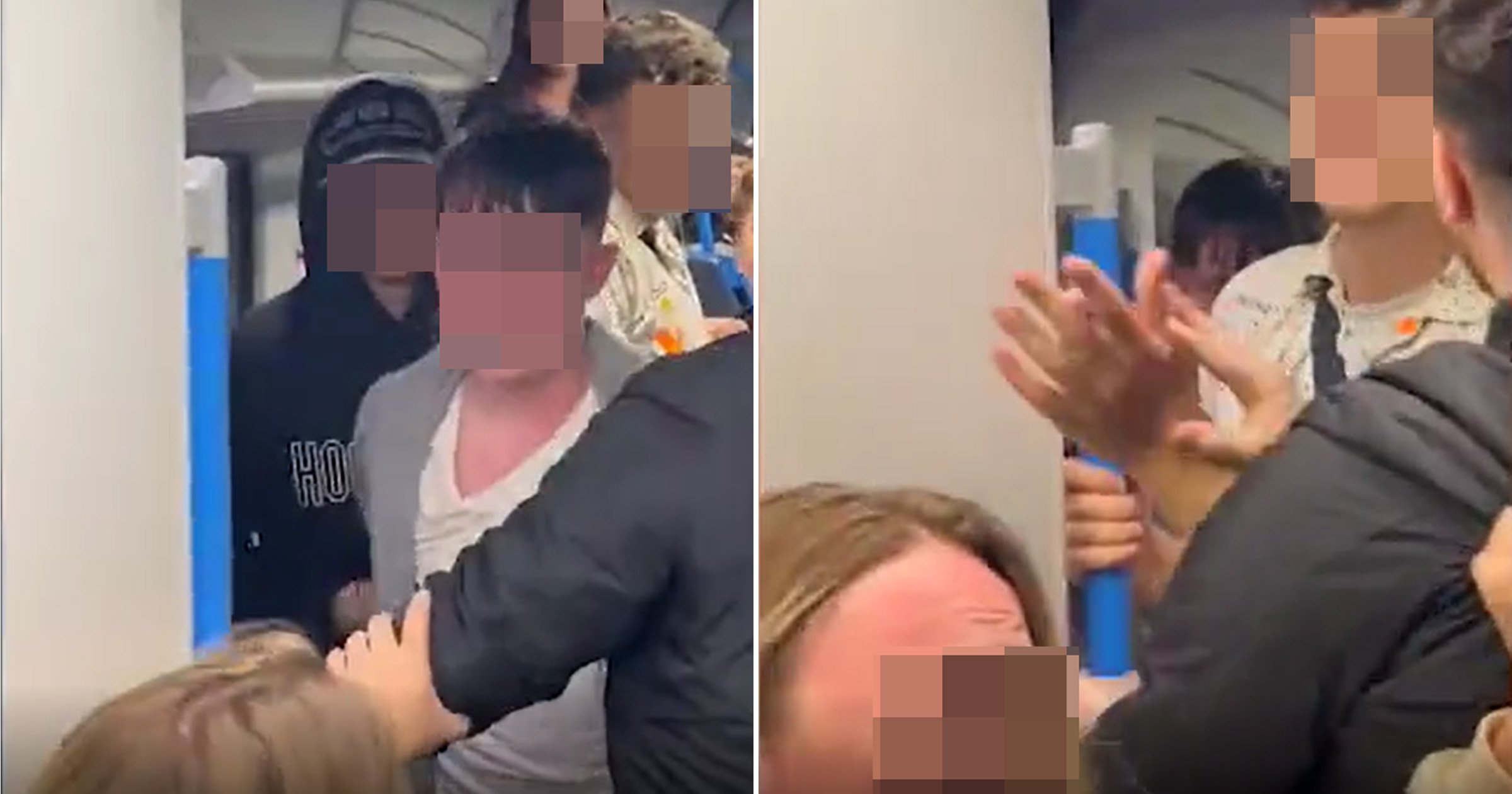 Around ten teens were filmed shoving and shouting at other passengers on a train in London last week when a brawl broke out in the carriage.

A woman filmed what happened on the Thameslink service before the group allegedly took out knives and ‘threatened to stab everyone’.

Summer Thomas, 20, said it happened at around 10.10pm on Wednesday on the train from Brighton to Cambridge.

She said some of the youths threw beer bottles and were swearing, while a mother with children asked them to be quiet.

As they continued to be abusive, her partner ‘smacked’ one of the instigators, she said.

Things deteriorated and the teens were then ‘pulling knives out and threatening to stab everyone on the train’, she said, as others in the carriage tried to keep the two groups separate.

‘There were two children in the same carriage, a family, so the mum of two kids went over to tell them to be quiet.

‘All of the boys got off the train at Three Bridges but one couldn’t find their phone, and was saying to people that if they had his phone they would get stabbed, but no one knew where it was.’

She said the whole thing was ‘terrifying’ as she didn’t know what would happen.

Other passengers were trying to contact police or the train driver but ‘no officers were turning up’.

She got off at East Croydon and shared footage on Twitter.

A British Transport Police spokesperson replied saying they are aware of the incident and that a log has been raised.

They asked her to contact them if she wanted to give any more information about what happened.

A spokesperson for Thameslink said the matter was now with British Transport Police so they could not comment further at this time.