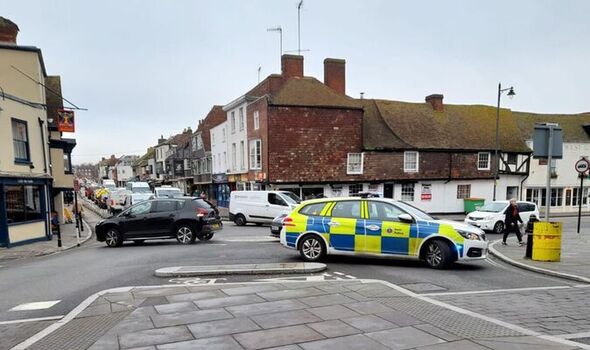 Police have evacuated homes and businesses following the discovery of “wartime explosives” in a garden today.

Roads are closed as police investigate the findings in central Canterbury, Kent.

A spokesperson for the constabulary said: “Kent Police was called at 9.20am on Tuesday 29 November 2022, to a report that items which resembled artillery shells had been found in the garden of a residential property in St Peter’s Place, Canterbury. An MOD Explosive Ordnance Disposal team is attending. Police are also in attendance and have set up a cordon as a precaution.”

Buses through the city centre have been diverted as a result of the operation.

Inrix, the traffic and travel monitoring system, said: “A290 St Peter’s Place in both directions closed, delays due to police incident between Old Watling Street and Pound Lane.”

Photographs taken at the scene show heavy traffic and a large police presence.

Speaking at around 11am, Stagecoach, which operates bus services through Canterbury, said: “Due to some unexploded ordnance along St Peters Place, all services will be diverting via The Rheims Way and will not be able to serve St Dunstans, Westgate Towers for the next two to three hours.”

The emergency services have been contacted for further information on the work.

Get all the big headlines, pictures, analysis, opinion and video on the stories that matter to you by following Daily Express every time you see our name.