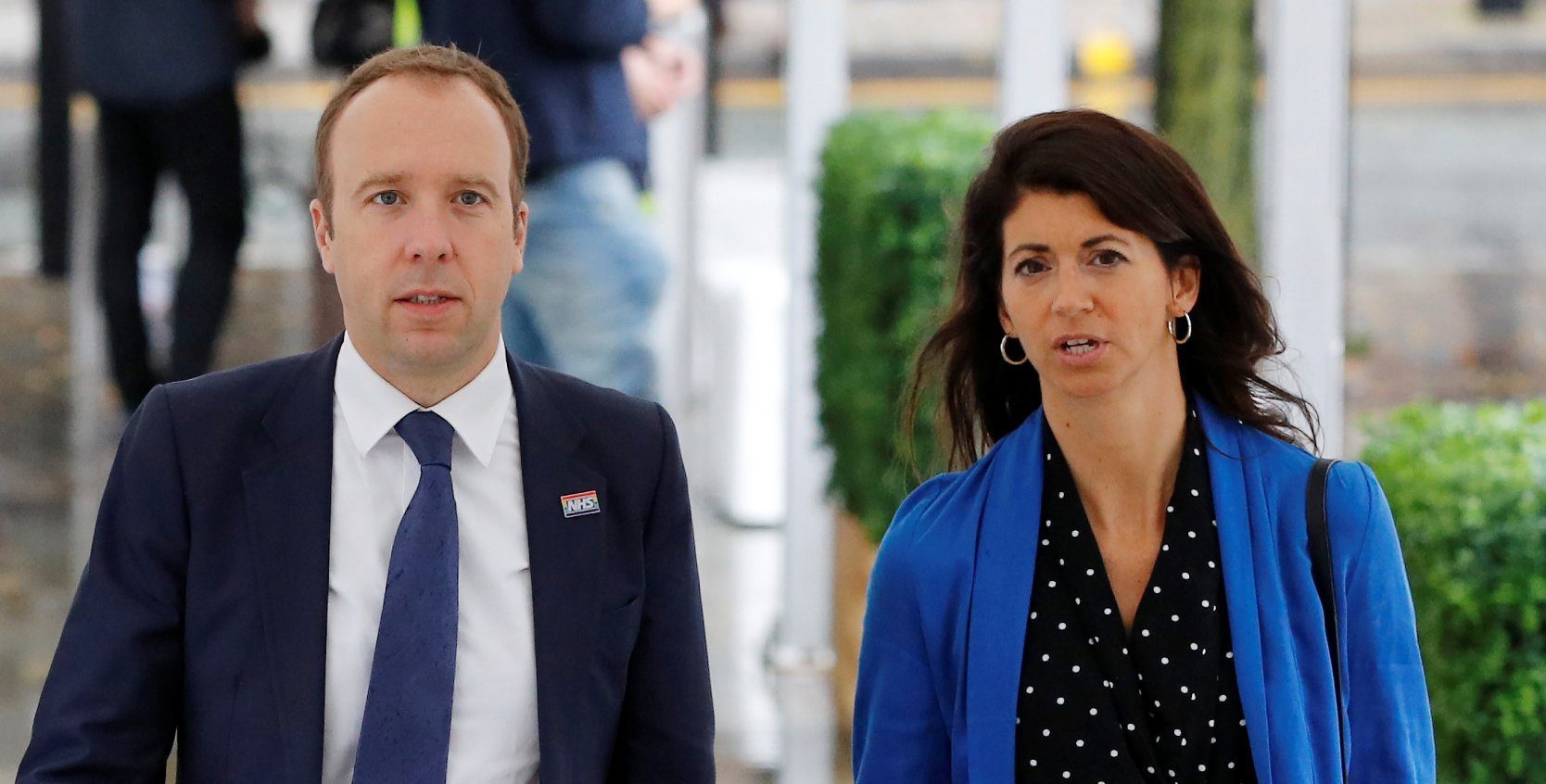 Matt Hancock was pictured chuckling away with his lover Gina Coladangelo on another romantic getaway, reports say.

The former health secretary, 42, appeared to be enjoying some more time away from his wife of 15 years in Split, Croatia.

He was seen enjoying some glasses of wine with Ms Coladangelo, 44, who is also married, on the steps of the trendy Lvxor café.

The disgraced MP has reportedly continued seeing his former aide after their affair was exposed in The Sun newspaper.

‘They looked like a young couple in love and were very flirty and laughing together,’ an onlooker said.

It seems to be Mr Hancock’s second holiday with the millionaire PR guru in a matter of months.

They were recently spotted in the mountain resort of Villars-sur-Ollon in the Swiss Alps.

The couple reportedly drove 550 miles to get to the resort near Geneva.

Mr Hancock has attempted to make a bit of comeback in recent weeks, since he resigned from his post and admitted he broke his own guidance on social distancing.

He was greeted by heckles as he intervened during statements by Rishi Sunak and Boris Johnson from his new seat in the backbenches.

The Conservative politician was also left red-faced after the United Nations u-turned on appointing him as a special representative.

Mr Hancock proudly announced he was joining the UN in an unpaid role working to help African countries recover from Covid.

But his comeback stalled as the UN later said his job was ‘not being taken forward’.

Fleek, ze and antifa: The new words in Scrabble