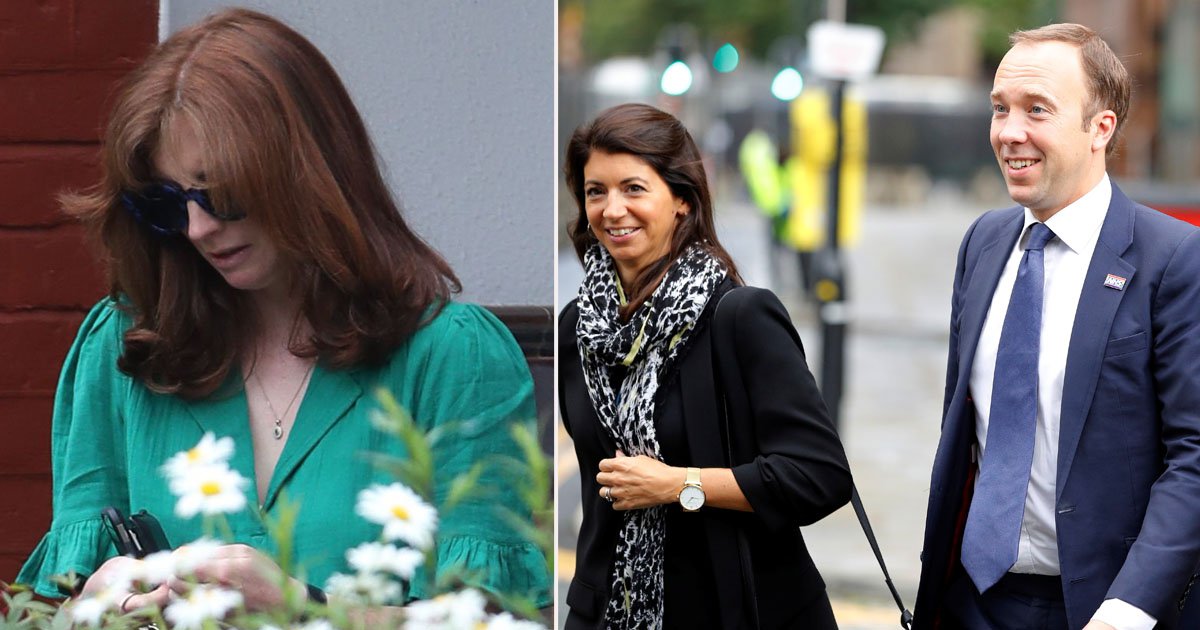 Matt Hancock and aide Gina Coladangelo are said to be ‘serious’ about their relationship – but questions remain about when the affair began.

The married father resigned as health secretary on Saturday after it emerged he was having an affair with his aide and breaking his own lockdown rules in the process.

In footage obtained by The Sun, the minister was caught kissing his married colleague in the office at a time Brits were being told not to hug their loved ones by his department.

Despite claims the pair’s relationship only began six weeks ago, the 42-year-old MP is reportedly ‘in love’ with his aide and the pair, who have been close friends since university, are a ‘love match’, sources told the Mail on Sunday.

Mr Hancock has reportedly left his wife and is expected to set up home with Mrs Coladangelo.

Although he escaped the sack from Prime Minister Boris Johnson, Mr Hancock’s career and family life have been left in tatters following a public backlash.

Police were called to his family home in north London this morning after a sticker was left on the front door of where his wife and children are living.

Labour is pushing for an investigation into the circumstances around the affair and Mrs Coladangelo’s role in the department.

The nature of the pair’s relationship goes far beyond gossip as the timing could be a crucial component in any investigation over whether Mr Hancock broke the ministerial code.

Mrs Coladengelo was initially taken on as an unpaid advisor but was then made a non-executive director of the health department in September.

The oversight role attracts an allowance of £15,000 a year for 15-20 days work but it’s unclear if she claimed for the amount.

Unnamed friends of Mr Hancock have insisted the relationship only began shortly before the date of the footage – thought to be on May 6 – but some have suggested otherwise.

The pair met while working on a university radio station in Oxford over 20 years ago and have reportedly been close friends ever since.

According to the Mail on Sunday, the pair were first asked about the nature of their relationship when she was drafted in to help with Mr Hancock’s ailing 2019 leadership election campaign.

The multi-millionaire mother-of-three, who is married to Oliver Bonas-founder Oliver Tress, denied any improper relationship, the paper reports.

Mrs Coladangelo accompanied Mr Hancock to a two-day meeting of G7 health ministers in Oxford on June 3-4, according to two sources who spoke to The Sunday Times – four weeks after they were filmed kissing.

Mr Hancock’s family has been left in turmoil following the shock revelations, with health worker wife Martha thrust into the public spotlight.

The pair, who have three children and have been married for 15 years, split their time between north London and his West Suffolk constituency.

His devastated wife – who was reportedly clueless about the affair until Mr Hancock came clean hours before the story went to press – was pictured walking their dog this morning still wearing her wedding ring.

Mrs Hancock is understood to be furious over the news after battling Long Covid having picked up the virus from her husband.

Ex-Chancellor Sajid Javid was drafted in to replace Mr Hancock after he resigned on Saturday evening.

In his first public comments since being tasked with picking up the pieces at the health ministry, he praised his predecessor for working ‘incredibly hard’.

From Singapore to UK via the Alps: How one man spread the coronavirus