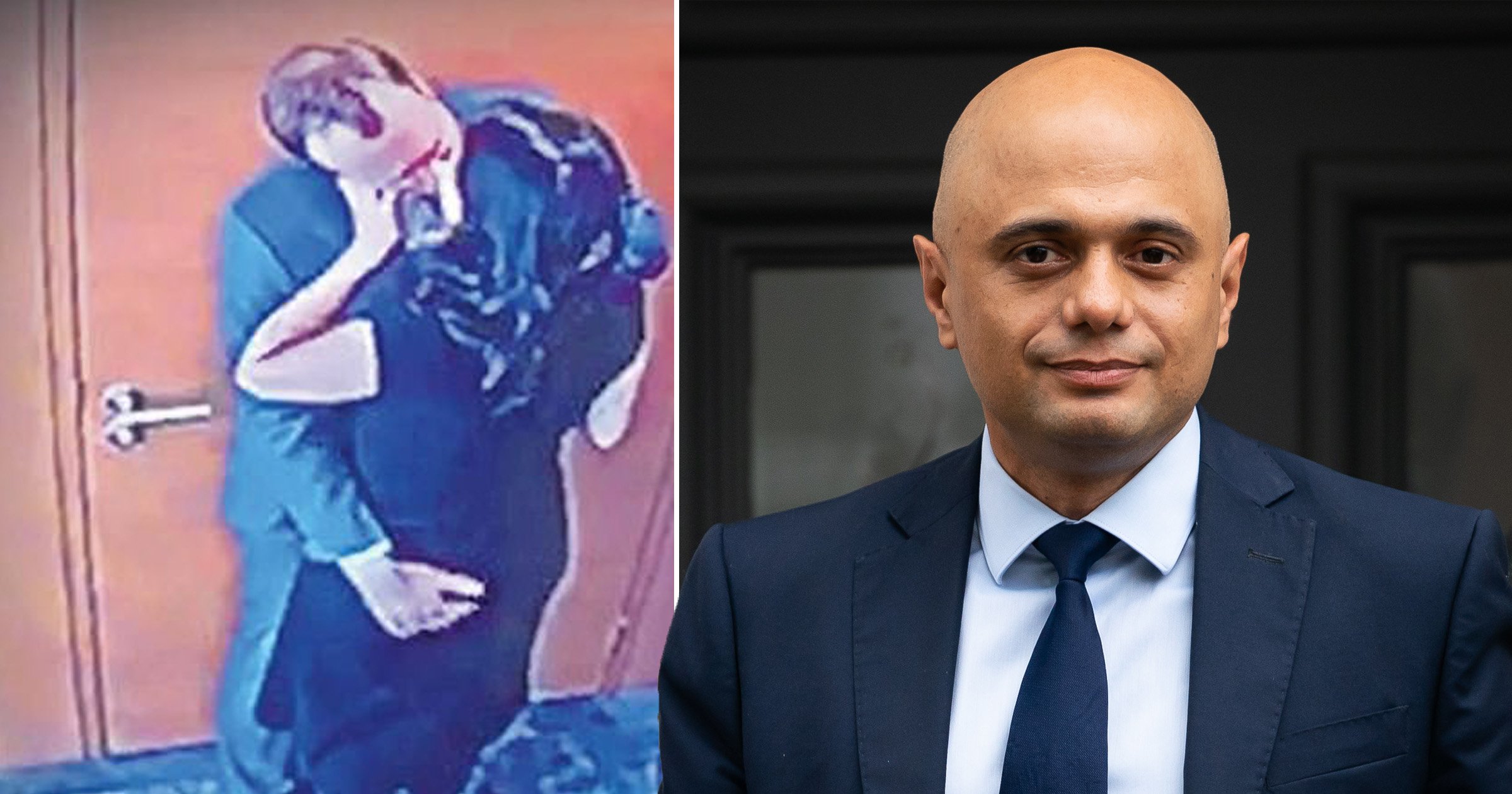 Sajid Javid has praised Matt Hancock for working ‘incredibly hard’ – less than 24 hours after he resigned when details of his workplace affair dramatically emerged.

The former Chancellor of the Exchequer has been parachuted into the health department in the wake of Mr Hancock’s scandalous exit.

He was forced to resign after it emerged he was having an affair with aide Gina Coladangelo at the height of the pandemic, in direct contradiction with the rules he had publicly begged the public to follow.

The married minister and father-of-three reportedly told his wife and children he was leaving hours before The Sun published pictures of the pair getting intimate in his office.

The sleaze revelation came on the back of a torrid period for the embattled minister during which it emerged the PM had allegedly described him as ‘totally f*****g hopeless’.

Mr Javid is returning to the cabinet to replace the shamed health secretary less than 18 months after a spat with Boris Johnson led to his own resignation.

Despite their previous fall out, the Prime Minister is backing Mr Javid to steer the department through a period of acute crisis. 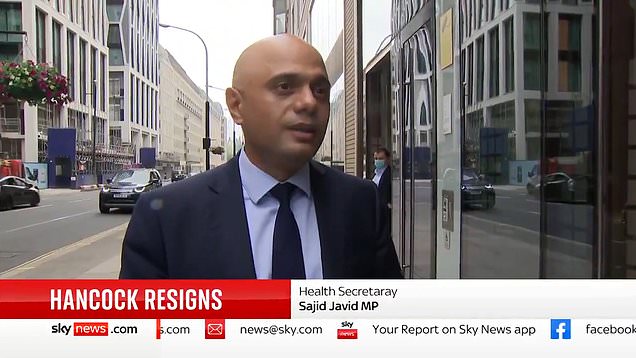 He was appointed 90 minutes after the resignation on Saturday evening and in his first public comments this morning, he said Mr Hancock had worked ‘incredibly hard’ and ‘achieved a lot’.

Mr Javid told reporters: ‘We are still in a pandemic and I want to see that come to an end as soon as possible and that will be my most immediate priority, to see that we can return to normal as soon and as quickly as possible.’

He described the appointment as a ‘huge responsibility’ and pledged to ‘do everything I can to make sure that I deliver for this great country’.

Mr Javid has served in the cabinets of three Conservative Prime Ministers and previously ran against Boris Johnson to be leader in 2019.

Despite their election rivalry, Mr Johnson picked him to lead the Treasury when he got the top job.

But the relationship unravelled when Dominic Cummings demanded he sack his aides so the Number 10 and 11 operations could be merged.

He refused, saying ‘no self-respecting minister would accept those terms’, and has been widely tipped to return to government on a regular basis since.

Reacting to the news on Twitter, Mr Cummings said Mr Javid had been chosen by the PM’s wife Carrie, who he has previously accused of wielding undue influence.

He reignited the feud by Tweeting he had ‘tricked PM into firing Saj’ and described him as ‘bog standard…chasing headlines…failing’ and said he would be ‘awful for NHS’.

Although the pandemic was at the forefront of Mr Javid’s mind, former health secretary Jeremy Hunt said he would have a number of other issues to tackle, including social care.

It was put to Mr Hunt on The Andrew Marr Show that when he held the role, he had not been able to overhaul the sector in six years.

But asked how long Mr Javid had, he said: ‘Six months, because the Government have said they will do it by the end of this year, and I know Sajid will want to honour that promise.’

While he gets his feet under the table, it has emerged Mr Hancock may face a fresh investigation over allegations he used a private email account to conduct sensitive government business.