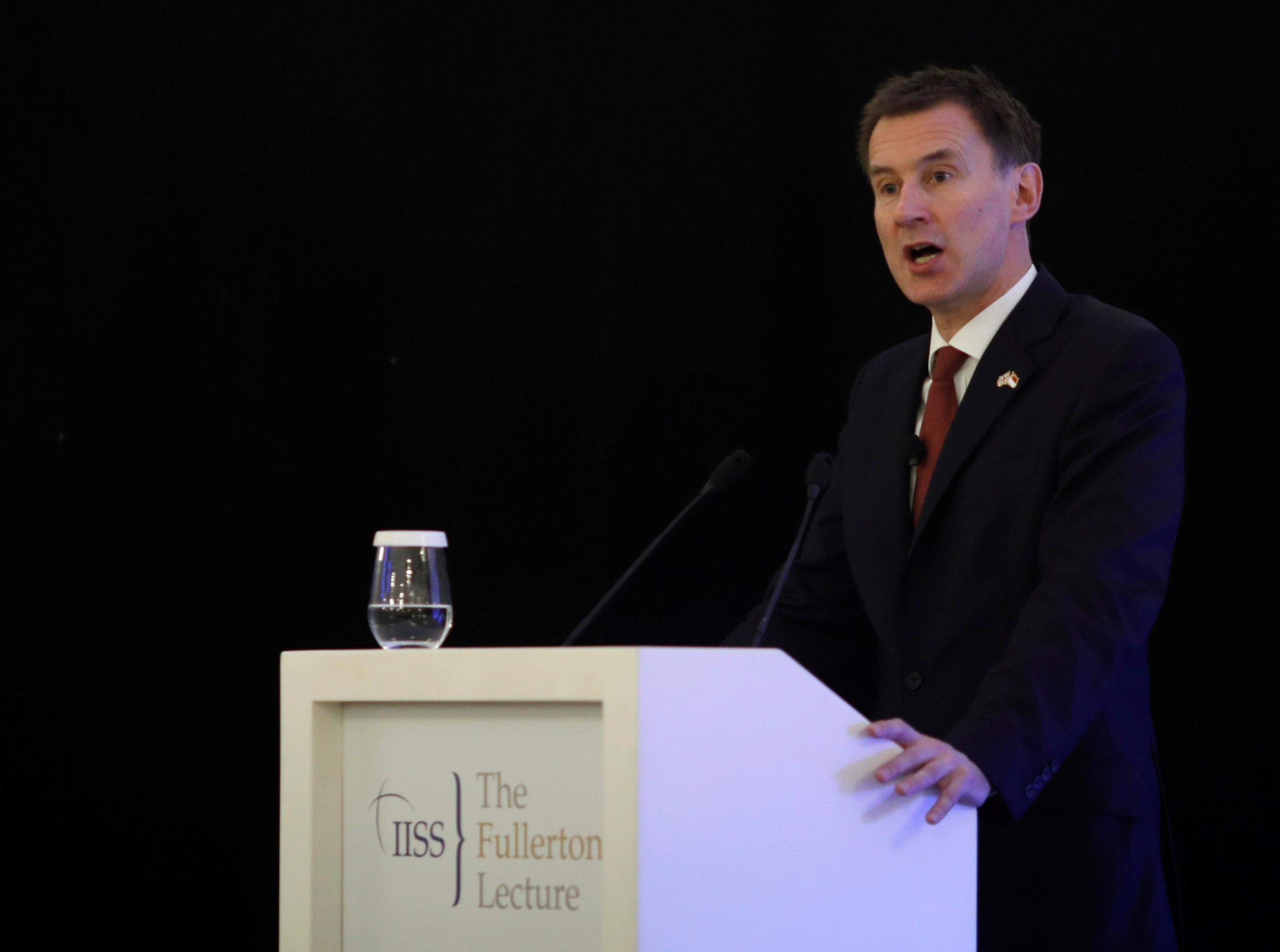 LONDON (Reuters) – Prime Minister Theresa May will find a way to get her Brexit deal approved by the British parliament, Foreign Secretary Jeremy Hunt said on Wednesday during a visit to Singapore.

May postponed a planned vote on her deal in December after admitting it was set to be defeated by lawmakers. She is seeking further assurances from European Union leaders ahead of a vote now due to take place later this month.

“When Theresa May comes back with those reassurances that she has been seeking from the EU that the deal that is on the table is not going to lead to us being permanently trapped in the customs union … she will find a way to get this deal through parliament,” Hunt said during a question-and-answer session following a speech in Singapore.

Asked about the prospect of holding a second referendum on the deal, Hunt said it would be damaging to democracy and the social consequences of not leaving EU would be “devastating”.