LONDON (Reuters) – British Prime Minister Theresa May said on Sunday she would seek a “pragmatic solution” to a parliamentary impasse over the terms on which Britain leaves the European Union when she tries to reopen talks with Brussels. 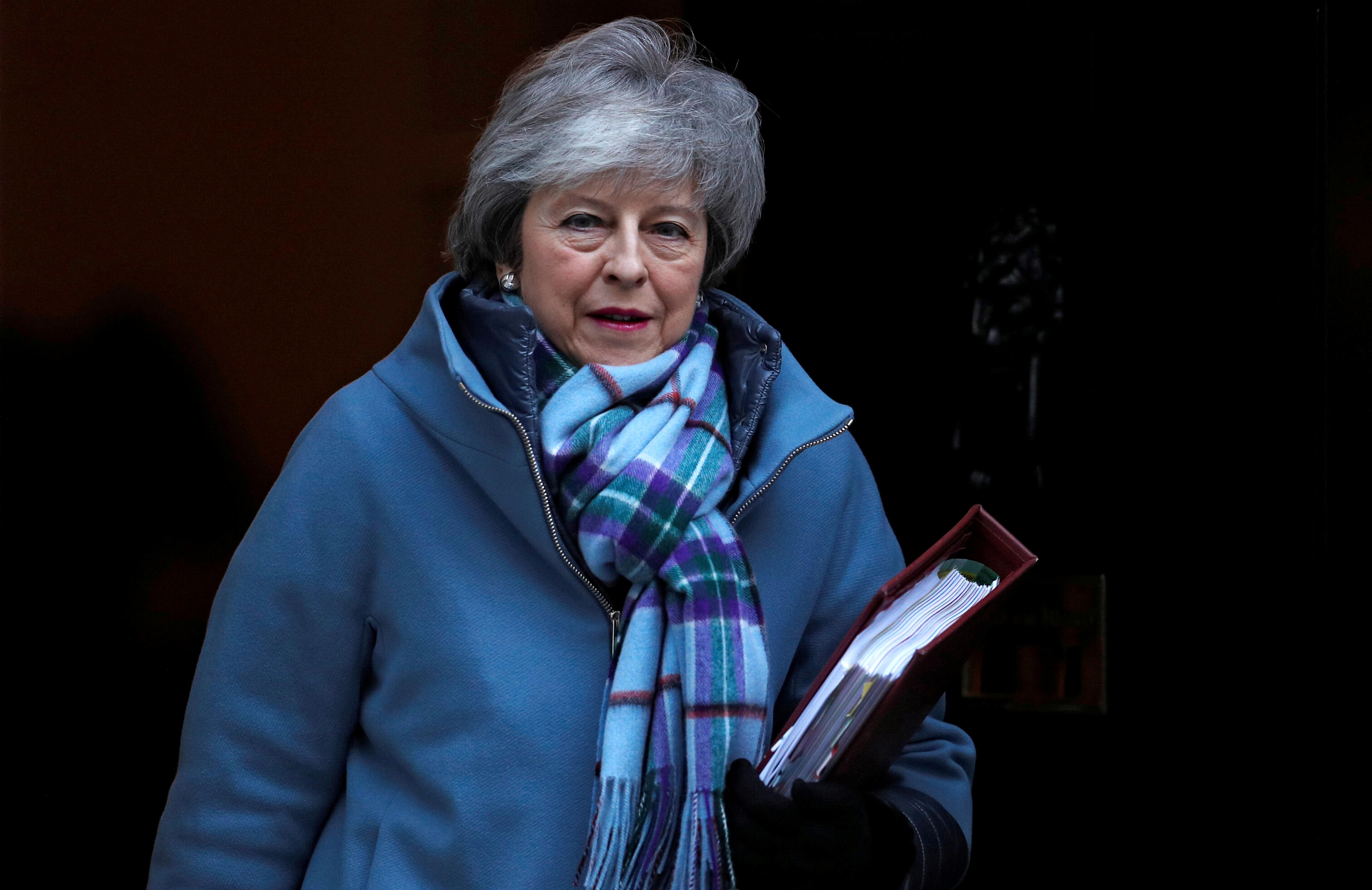 With less than two months until Britain is due to leave the bloc on March 29, concerns are growing over the risk of a disorderly ‘no deal’ exit.

Japanese carmaker Nissan (7201.T) cancelled plans to build its new X-Trail SUV in Britain, saying while it had taken the decision for business reasons the continued uncertainty around Britain’s future EU ties was “not helping companies like ours to plan for the future.”

The issue that has brought most opposition from members of parliament in her Conservative Party is the post-Brexit border between the United Kingdom and Ireland, but May, writing in The Sunday Telegraph newspaper, shed little light on how she intended to resolve it.

Members of parliament, who last month rejected May’s Brexit deal with the EU, have instructed her to return to Brussels to renegotiate the arrangements for Northern Ireland.

The EU has rejected reopening talks on the so-called ‘backstop’, an insurance policy to keep an open border on the island of Ireland if Britain and the EU fail to reach a longer-term trade agreement before the end of a transition period.

“MPs said that, with changes to the Northern Ireland backstop, they would support the deal that I agreed with Brussels to take us out of the EU,” May wrote.

“When I return to Brussels I will be battling for Britain and Northern Ireland, I will be armed with a fresh mandate, new ideas and a renewed determination to agree a pragmatic solution that delivers the Brexit the British people voted for.”

But prominent eurosceptic Conservative Steve Baker said many pro-Brexit MPs had broader concerns about her deal.

“Now the PM co-opts us into accepting everything but the backstop,” he said on Twitter, adding if all that was agreed on the backstop was a codicil, May could “expect a further substantial defeat for the agreement.”

Pro-Brexit trade minister Liam Fox said it would be “irresponsible” for the EU to refuse to reopen the Brexit negotiations.

“Are they really saying that they would rather not negotiate and end up in a ‘no-deal’ position?” Fox told Sky News. “It is in all our interests to get to that agreement and for the EU to say we are not going to even discuss it seems to me to be quite irresponsible.”

Fox echoed comments by Foreign Secretary Jeremy Hunt on Thursday that a delay to the March 29 leaving date may be needed in order to get legislation through parliament.

May’s office denied a report in two Sunday newspapers that her advisors were considering a June election. The Mail said the plan would be to delay Brexit but win parliament’s backing for a deal in April and then renew May’s mandate ahead of negotiations on Britain’s future relationship with the EU.

May called an election at short notice in 2017 at which she lost her party’s majority, leaving her reliant on a small Northern Irish party to govern.

“The last thing this country needs is a general election, I think the people would never forgive us for it, I think what they want is this parliament to deliver Brexit in an orderly way,” Home Secretary Sajid Javid told BBC TV.

The opposition Labour Party has said May needs to seek a customs union with the EU to win the support of its MPs, something opposed by many in her Conservative Party.

Javid said: “You can have no hard border on the island of Ireland and you can use existing technology, it is perfectly possible. The only thing that is missing is a bit of goodwill on the EU side.”

Irish Foreign Minister Simon Coveney wrote in the Sunday Times: “The backstop is a necessary guarantee, based on legal certainty, not just wishful thinking.”

“There is a deal on the table, and walking away from it will have serious consequences for us all.”

Liverpool: 2,000 fans celebrate outside Anfield after side win Premier League