LONDON (Reuters) – The Northern Irish party that is crucial to Prime Minister Theresa May’s hopes of getting her twice-defeated Brexit deal through parliament said it had good talks with British ministers on Friday but differences remained over the Irish border.

The United Kingdom’s divorce from the European Union has sown chaos throughout May’s premiership and the Brexit finale is still uncertain. Options include a long delay, exiting with May’s deal, leaving without a deal or even another referendum.

May has essentially handed Brexit supporters an ultimatum – ratify her deal by Wednesday or face a long delay to Brexit that would open up the possibility that Britain never even leaves.

To succeed, she must win over dozens of Brexit-supporting rebels in her own Conservative Party and the Northern Irish Democratic Unionist Party (DUP), which has 10 MPs in parliament.

“We have had good discussions today. Those discussions will continue,” DUP deputy leader Nigel Dodds said after talks with government ministers in London.

“We want to get a deal. There has been progress made,” he told reporters. “We don’t want to leave without a deal but a lot will depend in terms of what the government can do on providing those guarantees that are necessary.”

He said the British government was “very focussed” on addressing the issue of the Irish backstop, an insurance policy that sets out what happens to the Irish border after Brexit.

Aimed at avoiding post-Brexit controls on the border between the UK province of Northern Ireland and EU-member Ireland, the backstop has been a constant sticking point as May tries to push her deal through. Many Brexiteers and the DUP are concerned it will trap the United Kingdom in the EU’s orbit indefinitely, and have sought guarantees it will not.

The DUP said Dodds was returning to Northern Ireland on Friday evening. He would be in phone contact with the government over the weekend and return to London for more talks on Monday.

After three dramatic days in parliament this week, lawmakers voted on Thursday to have the government ask the EU for a delay beyond the date Britain is scheduled to leave – March 29.

May says she wants to minimise any delay in leaving the EU to just three months, but to achieve that she will need parliament to back her deal at the third time of asking early next week, possibly Tuesday. 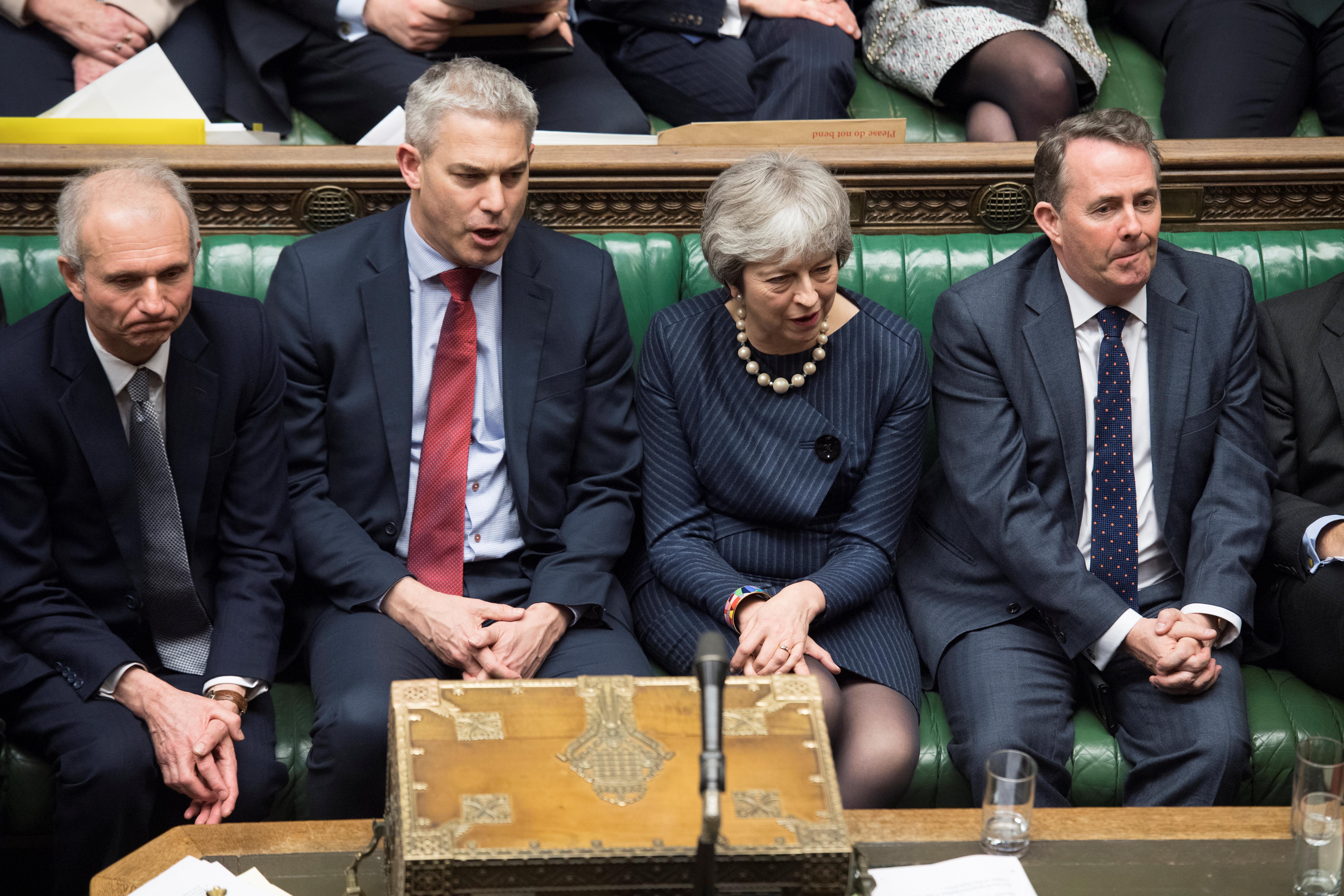 Her deal, an attempt to keep close relations with the EU while leaving the bloc’s formal structures, was defeated by 230 votes in parliament on Jan. 15 and by 149 votes on March 12.

She needs 75 MPs to change their vote. If she can swing the DUP behind her, along with several dozen hardliners in her own party, she will be getting close to the numbers she needs. A handful of Conservatives are unlikely ever to be satisfied but she may draw in a small number of Labour MPs.

“There will be Conservatives who vote against it come what may, that’s why in order for it to pass three things have to happen: she has to get the DUP on board, she has to persuade as many as possible of the 75 (Brexiteer) Conservatives to vote for it, and she will almost certainly need more Labour MPs,” said John Whittingdale, a Conservative lawmaker and member of the pro-Brexit faction.

“If she can deliver those three things then it might scrape through, but it’s a hell of a big mountain to climb.”

May’s de-facto deputy, Cabinet Office Minister David Lidington, said he hoped the United Kingdom would leave in an orderly fashion but if May’s deal was not approved then a long extension was on the cards.

“I hope that MPs (lawmakers) of all parties will be over this weekend reflecting on the way forward,” Lidington told BBC radio, adding the legal default was still that Britain would leave on March 29, unless something else is agreed. 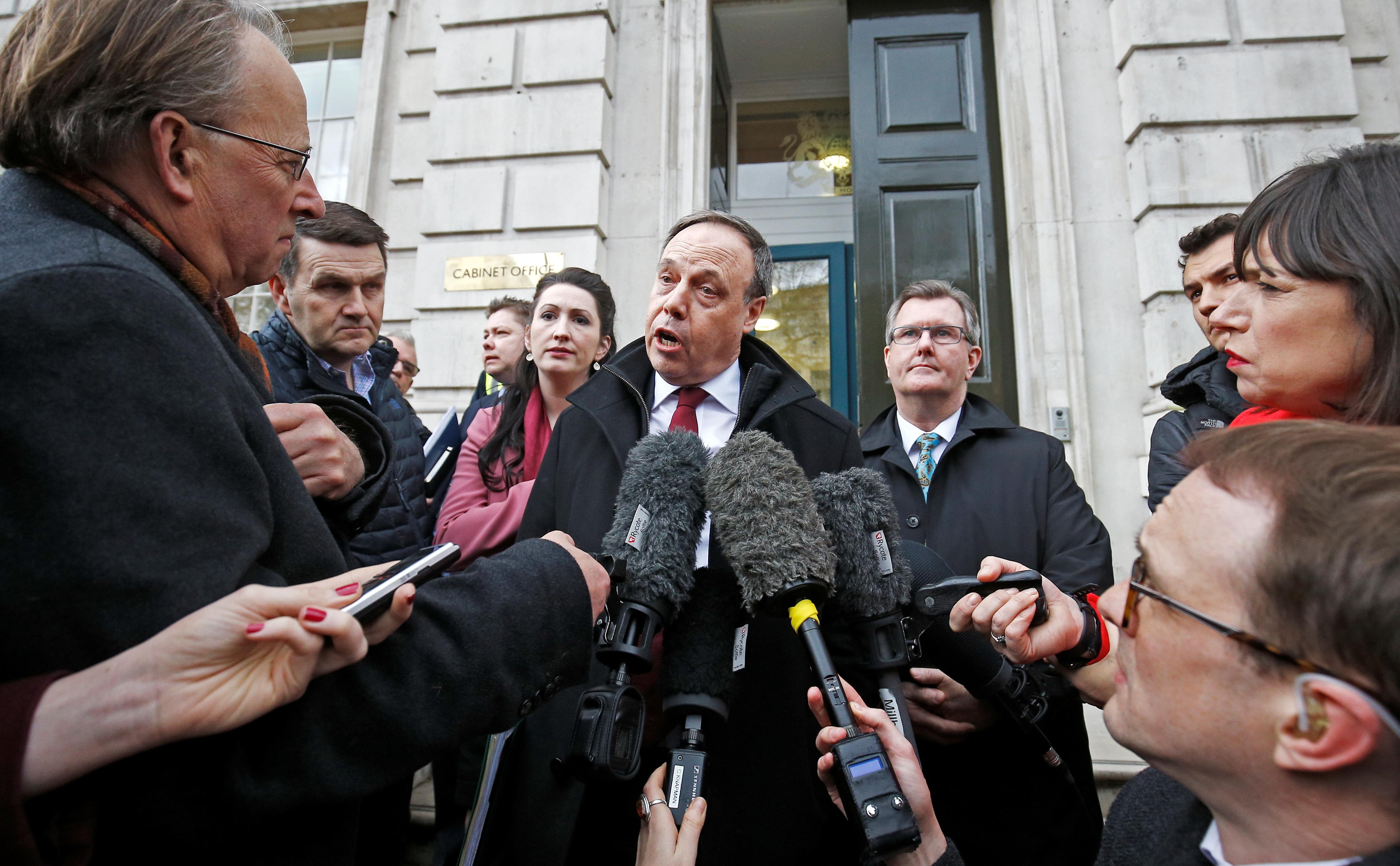 EU leaders will consider pressing Britain to delay Brexit by at least a year to find a way out of the domestic maelstrom.

Britons voted to leave the EU in a June 2016 referendum. However Brexit comes about, opponents of the divorce worry that it will divide the West as it grapples with the U.S. presidency of Donald Trump and growing assertiveness from Russia and China.

Supporters of Brexit say that while it may bring some short-term instability, in the longer term Britain will thrive if it moves away from what they cast as a doomed experiment in European integration that is falling behind global powers such as the United States and China.

Man (40) dies at an apartment fire in Cavan