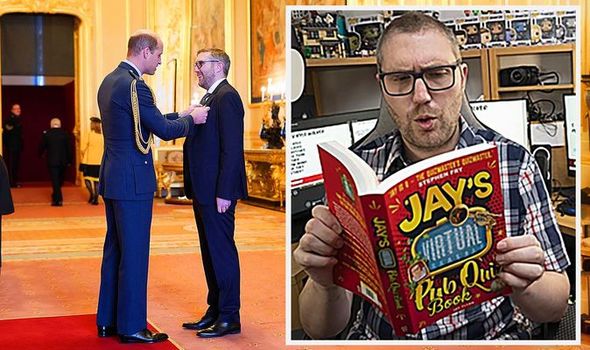 Jay Flynn, 39, told the Daily Express that going from being homeless in London to collecting an MBE at Windsor Castle was “simply surreal”. Jay, real name Johnny, dubbed his bench on the Thames Embankment “No 3 Riverside Drive” after losing his job, a relationship and hope.

But a charity helped him to find somewhere to live in 2009 and he is now married to Sarah and has son Jack, four.

Now living in Darwen, Lancashire, he said: “Prince William was lovely. He told me he has not done the quiz yet but wants to get involved. This is the most incredible day ever.

Jay’s quiz, aiding charities including The Connection at St Martin’s, has been published as a book after going viral around the world, catching the attention of BBC Radio Two’s Zoe Ball. And his old bench will get a plaque to help others.