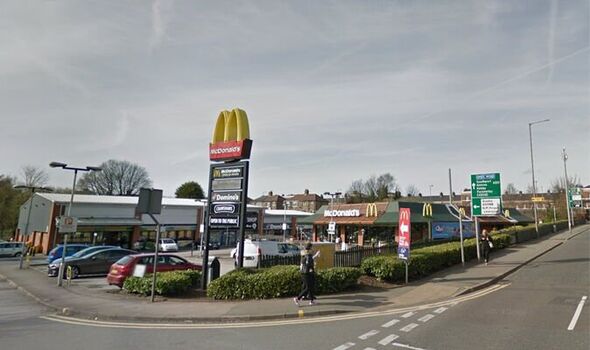 A man strangled a 12-year-old boy in a McDonald’s restaurant during an argument with him and his friends.

According to the Liverpool Echo, the victim, who cannot be named because of his age, was left with painful bruising to his neck after the assault.

Liverpool Magistrates’ Court heard Wynne was in the restaurant earlier this year with his partner when he saw the victim and a large group of other youths.

His partner became irritated after the group appeared to make a mess with their food around one of the tables. She challenged them and, while a number of the group left, the victim told her not to shout at them.

Wynne then grabbed him around the neck and strangled him in the restaurant before finally letting him go. Photos shown to the court showed significant bruising around the boy’s neck in the days following the assault.

In a victim impact statement, he said the incident had made him feel nervous about going out and the bruising on his neck caused him pain.

He said: “I felt like I couldn’t breathe at the time and felt like my neck was sore for a number of days after.”

Wynne, who has no recent convictions, pleaded guilty to assault at an earlier hearing.

David Kilty, defending, said Wynne had broken down in interviews with the probation service because of his shame around the incident.

Mr Kilty said he personally believed it was Wynne’s nervousness about “a confrontation with a group that has caused him to react in the way he has”  but added that Wynne himself made no excuses for his behaviour.

He said: “He is apologetic, remorseful and shameful about this behaviour.”

Wynne has a number of health problems and Mr Kilty appealed to the judge to take these into account when sentencing him.

District Judge Wendy Lloyd said Wynne “completely lost the plot” during his assault on the boy.  She said: “Anybody seeing those marks would quite rightly be shocked. You are a grown man and a big man, despite your health problems, and he was a skinny young lad.”

The District Judge said Wynne’s quick acceptance of his guilt and his behaviour in interviews with probation officers showed he clearly did feel remorse but told him: “You should have known better – much better.” Wynne replied: “I should have.”

Wynne, of Hartleys Avenue, was ordered to pay compensation to the boy and made the subject of a curfew which prevents him from leaving his home between 7pm and 7am for the next four months.