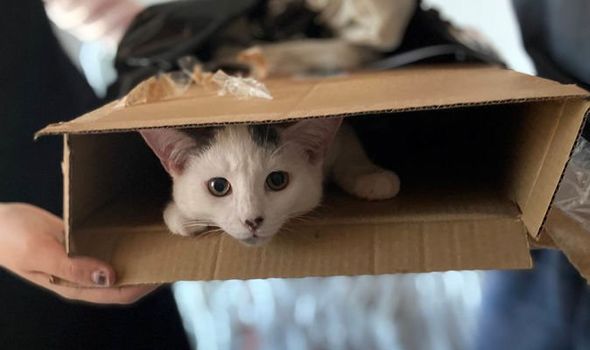 The Covid-19 pandemic, with its ongoing lockdowns, isolation and uncertainty has meant our cats and dogs have played an even more vital role in getting us through the challenges of the past year and a half. But what about the pets whose lives may not have even been possible without the love and care of their owners? Rescue cats and dogs often face unimaginable suffering until their lives are transformed by a loving owner and family. In turn they also give something back to their owners that is equally transformative.

To recognise the lives of these incredible animals the pet insurance provider Bought By Many has launched the Britain’s Best Rescue competition, a search to find the country’s most incredible cats and dogs. Today the Sunday Express can reveal the four finalists from each category. Our readers can now vote for the cat and dog who they think is Britain’s Best Rescue.

The winning dog will get its paws on a year’s free pet insurance, an Ivy & Duke dog bed, pillow and blanket, a £30 Dragonfly products gift card, a Furbo dog camera, a £25 gift voucher for The Silly Sausage, four tickets to DogFest, and four tickets to the Big Dog Walk.

The winning cat gets a year’s free insurance, a Catapilla wall-mounted scratching post and a treat box.

Steven Mendel, CEO of Bought By Many, said: “We created Britain’s Best Rescue competition to celebrate all pets, no matter how they started out in life.

“We’ve been blown away by the incredible stories people have shared about their rescues. Each entry is a snapshot of the special moments dogs and cats provide. Being a pet parent is a big responsibility which requires dedication and patience, and adopting a rescue pet is no different.

“Not only are pet parents providing these rescue animals a home, but from reading the entries there is an incredible sense that rescue pets give so much back in return.

“The last year has proven to be the year of the pet, with thousands of owners welcoming a new companion. My family was no different – we adopted Ted, a 14-month-old Goldendoodle rescue in June.”

Pickle was found on a friend’s farm on her own at five weeks old, starving, full of fleas and lice, having been abandoned by her mother. She was very timid and scared. We rescued her and took care of her, nurtured her until we earned her trust and could, after many weeks, finally pet and stroke her at last. Now at nearly three years old she is our little “Princess Pickle”. Still very small but sassy and cute. She loves belly rubs and being groomed. I think Pickle understands we saved her and in turn gives back that special unconditional love only a pet can give. She is one special little kitty. 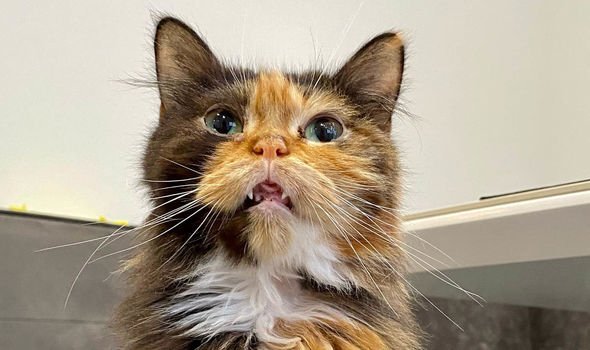 Purdie came from a house of a hoarder. She was the only kitten, was severely malnourished, full of fleas and ear mites, not vaccinated and had never been to a vet. She was terrified of the children in the house where she was living and their seven adult cats and was a shaking bag of bones with long hair. Her ear mites were so bad my vet thought she would lose her hearing. She was so malnourished she had a heart murmur. Within a week she had turned around completely. She is still on the small size, but has glorious long tortoiseshell fur, a happy chatty nature, and purrs herself to sleep in my lap. 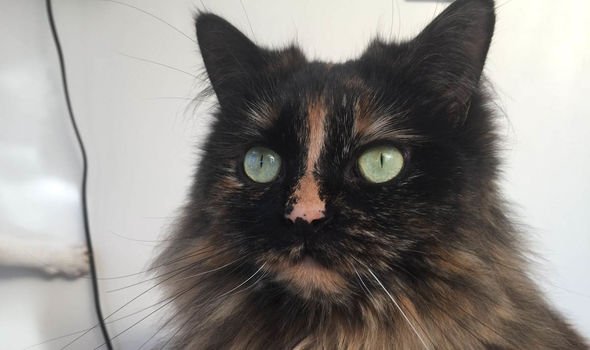 Louis is my angel. We rescued him nearly five years ago. We found him through a rescue centre and he was living in a foster home. We could tell he was the cat who needed us as he was hiding in the corner scared. He’d been found on the street but we don’t know how he got there. He is still silent but is now very cuddly and loving. At the time I got Louis I was going through some really bad stuff personally – getting Louis really changed my life and I know we changed his. He went from being this depressed and anxious cat to the most loving and caring boy ever. He makes all my bad days good. I adore him.

My wee dog Boo has been the best thing in my life. He has come a long way. I brought him from the Dominican Republic to Glasgow via Toronto. I lived in the Dominican Republic for seven years and rescued Boo from the streets. His mum ran away and he wasn’t fast enough to go with her and so I just picked him up. When I moved back here he came with me.

He has been with my through a break up, the death of my gran and mom. He has been my rock through Covid and with me again when I lost my dad in July.

He loves cuddles, long walks, chicken and sleeping under the covers at night.

He has brought me so much joy. When I rescued him, someone told me he would change my world, but to never forget that I am his whole world. 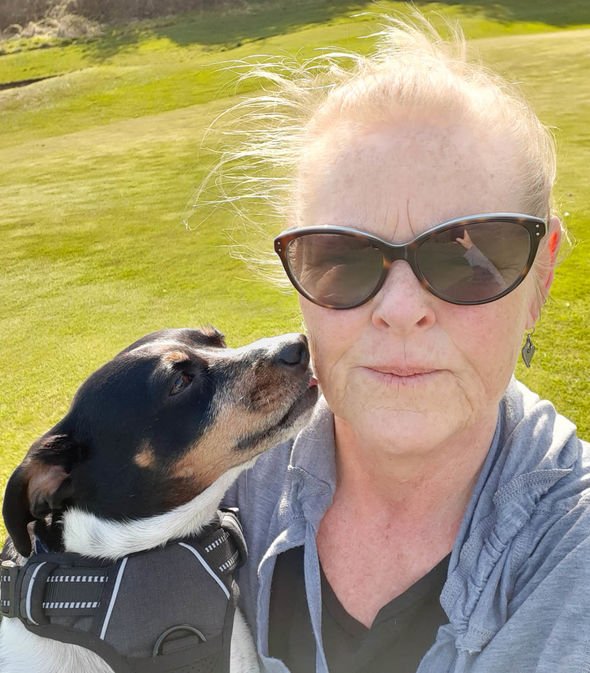 I rescued Barkley three years ago and he has changed my life! I’d been made redundant and he gave me a reason to get up and out even when I didn’t feel like it.

Our long daily walks helped me lose weight for my daughter’s wedding and during lockdown he has been a devoted companion when seeing people was difficult.

Our walks mean we meet up with other dog walkers and being such a friendly dog we always get a bit of conversation.

I got him from a home where a woman had never had a puppy before, so she locked him in a kitchen and wondered why he went mad at the end of the day.

I got him at six months and he was so badly behaved and took some work. He is now so friendly, everybody loves him.

Schoolchildren stop outside the house to see him and the binmen want to say hello to him. He captures everybody’s heart. 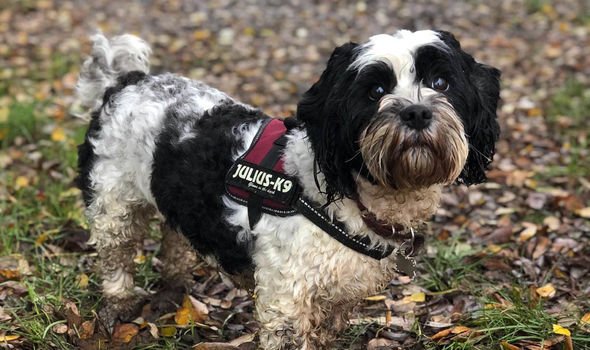 Paddy was a Labrador puppy bred for the Guide Dogs programme. At 12 months he was rehomed to me as he was not confident enough to proceed with his training.

That’s putting it mildly. Paddy was scared of everything.

He also had dreadful separation anxiety to the point where I couldn’t even visit the loo without him howling for England.

At age two Paddy qualified to be a Pets as Therapy dog.

He adores children and he is a big hit at our local primary school where Paddy helps children with special needs. He is so gentle and loving and the children respond to him so well.

Although Paddy still barks when I leave him for short periods, it’s a small price to pay for having such a beautiful dog in my life. 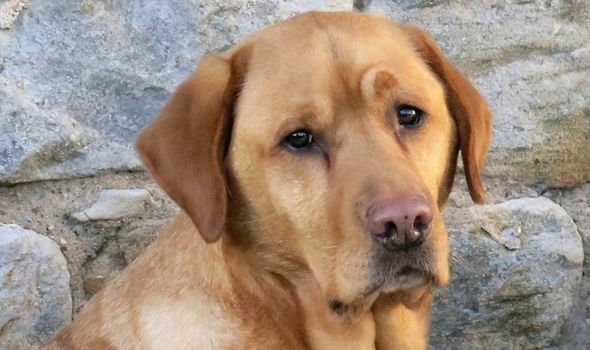 I suffer from PTSD as a result of losing my first baby in a traumatic way and almost dying. I had a 15 percent chance of survival. I was lucky enough to have an alert dog that helped me manage and she gave me the strength to start my own dog training business. But she died

in surgery last year and I was left heartbroken with the worst cluster PTSD attacks since my baby died. Slinky – my wonderful Dachshund who I adopted from The Red Foundation – stepped up to the plate. He became my rock. He had been rescued from a drug den and had cigarette burns and was underweight. Yet he has become the love of my life.

He goes everywhere with me, even to work! He paws at my head when I have PTSD attacks in my sleep and get trapped in night terrors. He makes sure I’m OK and keeps me safe. I’m extremely grateful. 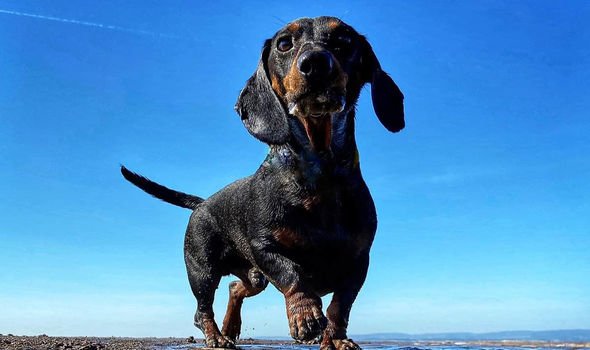 We rescued Scout as a very tiny kitten. We were on a waiting list for a rescue cat and she had been abandoned with a litter. We got a call to say they had all been rehomed and they only had one left.

We raced to Fife Cat Shelter to see her. Five of us went in and she came out and started rolling around and playing. She was quite confident for such a small kitten. She’s developed an amazing bond with my autistic five-year-old son. Nothing calms him like a nose boop from Scout.

She loves to mother him, is always nearby and is more patient with him than anyone else. She has improved his mood and life and is his absolute best friend. The love between the two of them is like no other!

Noam Chomsky: 'Coronavirus pandemic could have been prevented'