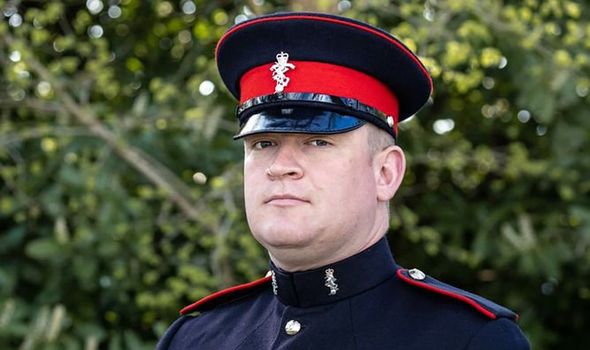 Corporal Louis Murray, 29, was chosen to drive the specially-adapted Land Rover Defender, designed by the Duke himself. It carried his coffin from Windsor Castle to St George’s Chapel, where the service took place on Saturday afternoon.

All eyes were fixed on Corporal Murray taking the hearse on its short journey, trailed by the Royal family and the Duke’s closest loved ones.

Manchester Evening News reports the soldier was joined by Corporal Craig French, the Land Rover Commander for the Royal Hearse, who was responsible for ensuring the vehicle was moving at the right speed and was put in the right place.

Corporal Murray, from Wigan, Greater Manchester, said: “It is a great privilege and a once-in-lifetime thing to do. I’m very proud and I think my family will be very proud too.

“My granddad, who passed away, was very, very fond of Prince Philip, he thought he was a great man and there are not many people who can say they drove the vehicle that carried His Royal Highness’s coffin. It is an honour to do so.”

The two soldiers were chosen from 8 Training Battalion, of the Corps of Royal Electrical and Mechanical Engineers (REME).

The corps provide engineering support to maintain the Army’s vehicles and equipment. 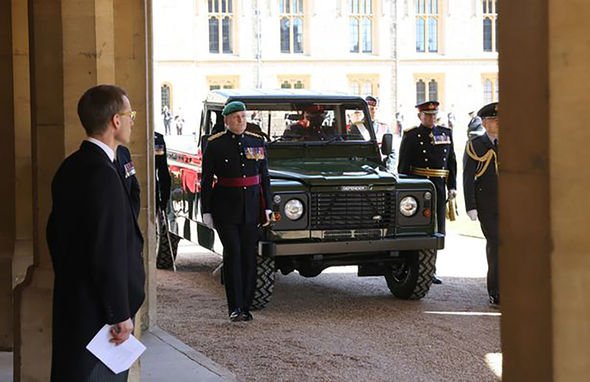 By trade, the two corporals are vehicle mechanics and are permanent staff instructors based at The Prince Philip Barracks, Lyneham, Wiltshire, where they are Section Commanders at their battalion, charged with bringing on the next generation of REME soldiers.

Speaking ahead of the funeral, Corporal French said: “For the past week I have been rehearsing for the role of Land Rover Commander for the Royal Hearse and it is my job to support the driver, so essentially I ensure that the driver puts the vehicle in the right place at the right time and whether to speed up or slow down.

“We have done a lot of practice over the last few days and you get to feel what the correct speed is, and we know what pace we have to be at. It’s now like second nature.

“There are also a couple of difficult sections on the route and on either side, there are people accompanying the hearse, so it is important to keep a safe distance.”

More than 13 million people watched the historic event on TV on Saturday. They watched as the soldiers transported the green Land Rover, which took Prince Philip 16 years to design, to his final place of rest.

Corporal French added: “I am so proud to be doing this and millions of people will be watching, so I am determined to step up to the plate. It is stressful but it is also big honour, even if it is a sombre occasion.” 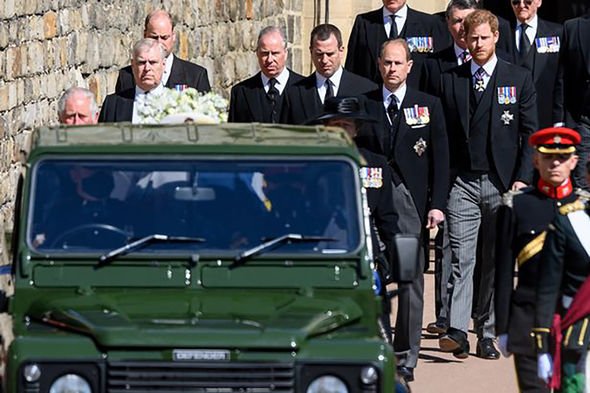 The British Army has also elaborated on the special relationship enjoyed between the duke, Land Rover and the REME.

“Prince Philips’s affiliation with the REME began in July 1969 when he was made Colonel-in-Chief of the Corps,” says the Army.

“Passionate about engineering and technology, he was the perfect figurehead for the like-minded, innovative and creative professionals who keep the Army’s equipment in battle-ready condition.

“The duke’s life-long affiliation with Land Rovers goes back even further. Such is his fondness for the vehicles, he granted his Royal Warrant to Land Rover more than 40 years ago.

“The Land Rover Defender TD5 chassis cab in dark bronze green with an open top rear section was used to carry the Duke’s coffin on Saturday.

“It was designed and custom-made to His Royal Highness’s specification. It was flanked by military pall bearers reflecting the Prince’s special relationships with the respective services and stations.”