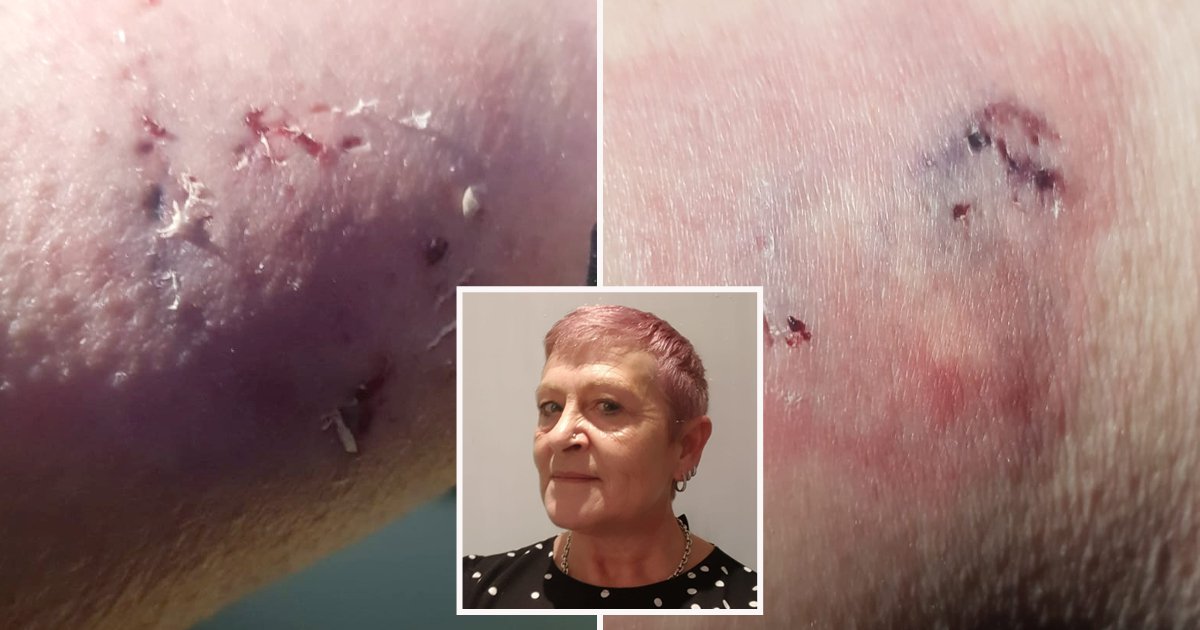 A teenager who was ‘off his face’ punched and bit a bus driver when she refused to take him home.

Jane Brown, 59, was sorting out the luggage compartment after dropping all her passengers off, when the he sneaked onto the MegaBus in Liverpool.

He then demanded that the grandmother-of-four drive him home four miles away in Aigburth.

When she refused he bit her on the ankle and leg, hit her repeatedly and shoved her head onto the dashboard.

Jane, who suspects the boy was on drinks or drugs, said: ‘He was just sitting there, expecting me to take him home. He called me all sorts of names, and told me I was “chatting s***”.

‘He was right in my face so I pushed him away and he then started punching and biting me.’

She told him that the coach did not go to Aigburth, but he said: ‘Yes you f***ng do, stop lying!’

She told the Liverpool Echo: ‘It seemed to go on forever. It’s left me shaken up, I’ve done the job for 20 years, but this is the worst thing that’s ever happened to me while working.

‘They need to catch him, he’s a little toerag. At one stage, I asked him: “Would you speak to your mum like that?”

‘But he ignored that. I don’t go to work for this.’

Jane was left with a swollen lip, a bump to the head, and bruises and bitemarks on her legs.

Two young girls stayed with her until police came.

The coach company’s boss, Gareth McAllister, said he is ‘disgusted’ and ‘feels so strongly about’ the attack that he is planning to offer a cash reward for finding the boy.