Sarah, also known by friends and family as Fergie, announced today she has written her first historical novel, after having made a name for herself as a TV producer and writers of children’s books. The Duchess of York shared a video on her social media accounts in which she briefly teased about her new book, Her Heart For A Compass.

The book will be released in August by Mills & Boon, one of the UK’s main publishers of romantic fiction.

Her debut as a writer of romance, however, was criticised by ITV’s royal editor Chris Ship, who compared the Duchess of York’s upcoming work with Meghan and Harry’s pledge to “uphold the Queen’s values”.

He wrote on Twitter: “This is quite something. A debut romance Mills and Boon novel by @SarahTheDuchess.

“Announced today – publication of Her Heart for a Compass in August. 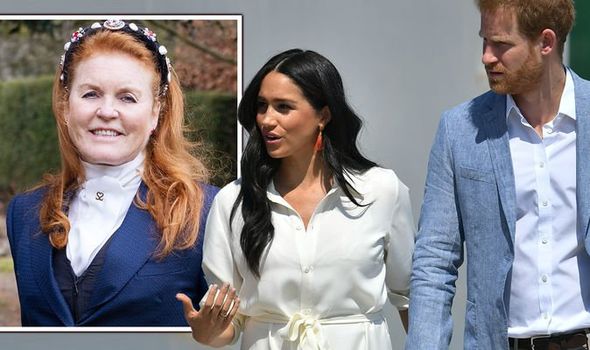 “I have no other words left to add!!”

“I’ll leave the review to you!

“At least Harry and Meghan promised to ‘uphold the values’ of the Queen in their financial endeavours after they left the Royal Family.

Hotel loses licence after drinkers pose with pints and brag ‘What lockdown?’
Asia