Harry emphasised that it was “a priority” to repair his relationship with his father Prince Charles in particular, yet spent the rest of the interview airing his family’s dirty laundry to the world. The Duke and Duchess of Sussex made numerous extraordinary claims in their explosive chat with the US TV legend. They claimed there were “concerns and conversations” about how dark their baby’s skin might be.

Meghan recalled how her mental health deteriorated to the point where she “didn’t want to be alive anymore”.

They also accused the institution of not supporting them enough in terms of refuting stories about them in the press or facilitating help for mental health difficulties.

While they had nothing but praise for the Queen herself, Harry said he and his brother Prince William were “on different paths”.

He also claimed his father Prince Charles stopped taking his calls when they were in Canada and trying to work out what their future was going to look like. 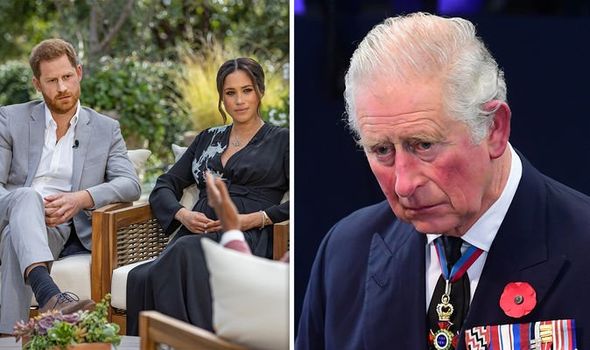 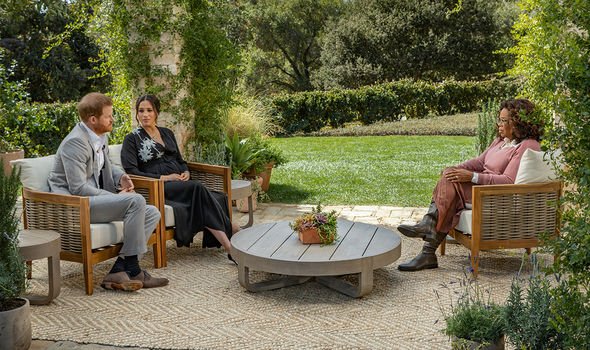 When asked about how their relationship is now, Harry said he felt “let down”, but insisted that mending that relationship with his father was one of his top priorities.

He said: “There’s a lot to work through there.

“I feel really let down because he’s been through something similar, he knows what pain feels like, and Archie’s his grandson.

“But at the same time I will always love him, but there’s a lot of hurt that’s happened. 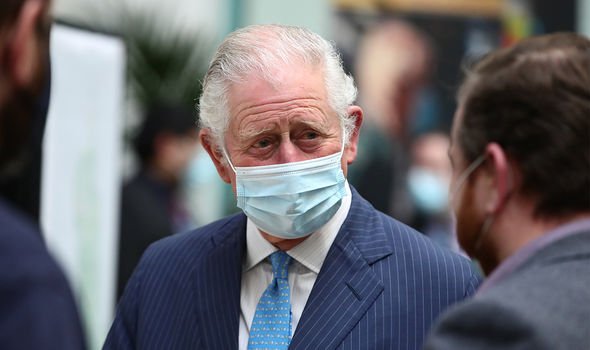 “And I will continue to make it one of my priorities to heal that relationship, but they only know what they know, or what they’re told.”

Ms Gripper noted that Harry revealing that Charles stopped taking his calls is quite “damaging” to the family in itself.

She said that it must have been a very “emotive” thing to happen for Harry, but also for him to share that in public.

DON’T MISS
Queen shows family is at her heart with adorable throwback picture [PICTURE]
Gogglebox star’s scathing rant about Prince Charles: ‘He can shove it! [QUOTE]
Meghan and Harry ‘will hit nuclear button’ if claims not dealt with [EXPERT] 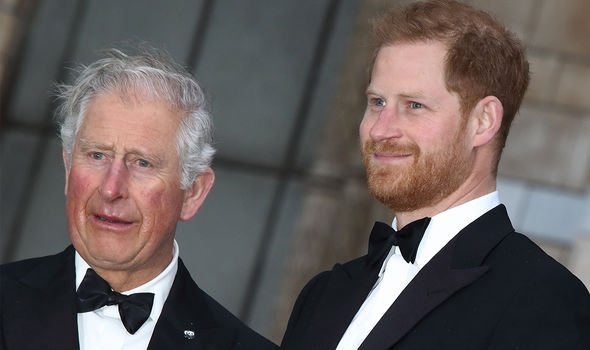 She said: “As a couple of people said, in this interview, they blew up their bridges on the way out essentially.

“A lot of these things there is almost no going back from.

“And they talked about wanting to heal things but they’ve poured some petrol on the fire and rubbed some salt into the wounds.”

Mr Myers added that the Queen made a “wise choice” in waiting two days to respond to the interview for this very reason.

He said the Queen did not want to pour petrol on the fire and in this case “experience paid dividends”.

The royal editor said he understood there had been a statement prepared and she refused to sign off on it.

He said he always thought the Queen would at least wait until the interview had aired in the UK and the British public had seen it, rather than charging in early as soon as it aired in the US.

He said: “They were right to take their foot off the gas and try and calm everyone’s tensions.

“And I think the statement does do that ‒ I mean, it’s only 60-odd words long and perhaps in its briefness that’s the genius of it.

“However, I still don’t think it settles the matter.”

Oprah With Meghan and Harry was on ITV at 9pm on Monday March 8. You can watch the full interview on the ITV hub.

Children have forgotten how to use knives and forks in pandemic, Ofsted warns