Home » Europe » Meghan and Harry ‘don’t fit in’ with Obamas and Clooneys: ‘Eyebrows raised at oversharing’

Meghan and Harry’s explosive sit-down interview with US talk show legend Oprah stunned the Palace and royal fans alike. With a series of allegations about how the Firm handles mental health and race, the Duke and Duchess of Sussex left no stone unturned when addressing the deepening rift between them and their royal relatives. While the Palace released a statement suggesting these accusations would be “addressed by the family privately”, the Sussexes told their friend, broadcaster Gayle King, that peace talks with Prince William were “not productive” last week.

This leak has been widely criticised for undermining the confidentiality of any future conversations between Meghan and Harry and the Palace.

Commentator Barbara Ellen looked into this revelation from Ms King and the interview in general.

She asked: “Considering where Meghan and Prince Harry wish to end up, are they blowing it up big-time?”

She added: “Put it this way: has Michelle Obama ever sat on a TV sofa b****ing about her sister-in-law?”

Meghan mentioned Kate, Duchess of Cambridge, just minutes into her “intimate conversation” with Oprah, which ITV aired at the beginning of the month.

She addressed reports of a supposed fallout between the two women, focusing on an incident dating back to just before her wedding in 2018.

Meghan claimed the narrative of the row had been inaccurately reported. 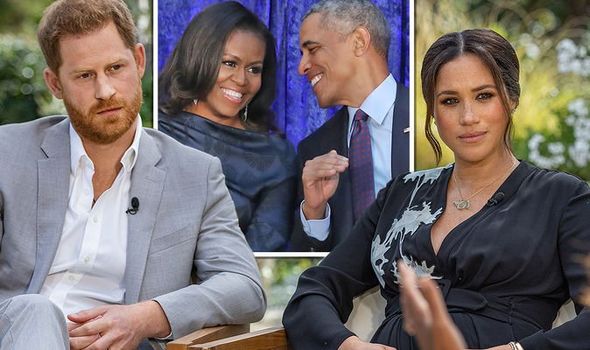 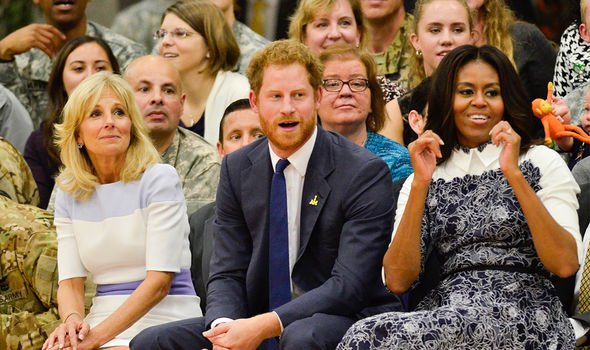 The Duchess of Sussex said: “I’m not sharing that piece about Kate in any way to be disparaging to her.

“I think it’s really important for people to understand the truth.”

Ms Ellen continued: “While it’s accepted that such behaviour is offensive to the royals, it’s forgotten that it’s also the antithesis of how the mega-rich, uber-influential, notoriously private elite conduct themselves.”

The Royal Family mantra is “never complain, never explain” and they are famously tight-lipped about what goes on behind closed doors — but Meghan and Harry have dismissed such protocol with their latest interview.

They appear to have aligned themselves with the humanitarian giants of Hollywood since leaving the Firm officially last year.

The commentator cited George and Amal Clooney, Bill and Melinda Gate, Beyonce and Jay-Z and Barack and Michelle Obama as those in the elite circles the Sussexes are attempting to gain entry into.

But, as Ms Ellen claimed, these famous couples are a “discreet breed, living in micromanaged worlds, operating a strict privacy-first code”, and only revealing personal information in an exceptionally disciplined and controlled way.

READ MORE:  Meghan ‘so excited she could hardly speak’ during move to Kensington 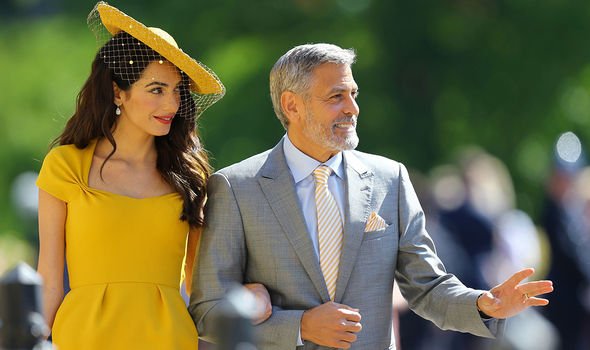 The Sussexes were first thought to be following in the footsteps of former President and First Lady, Barack and Michelle Obama, after they signed their historically lucrative production deal with Netflix last year.

The couple have also set up a new podcast, called Archewell Audio, which echoes Mrs Obama’s efforts with her own Spotify podcast.

Meghan and Harry have also signalled that they want to replicate the humanitarian efforts of tech mogul Bill Gates and his wife Melinda.

They even hired Catherine St-Laurent as the Director of Archewell — formerly part of Melinda’s Pivotal Gates social investment company — but she stepped back from this role with the Sussexes this week.

They were then branded the “biggest philanthropic duo” since the Gates by journalist Celia Walden earlier this year. 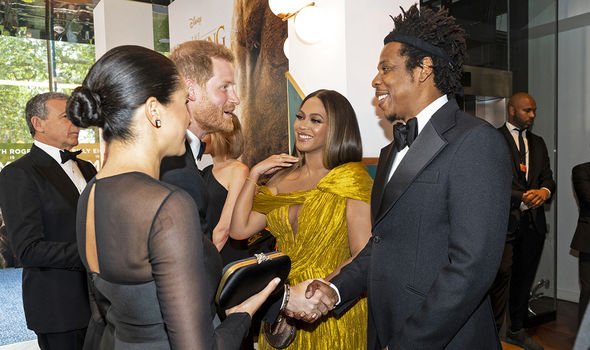 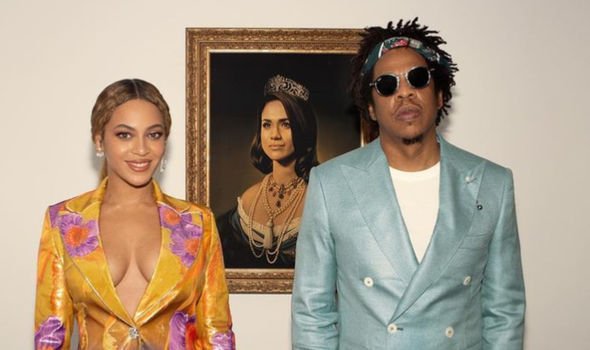 Additionally, a painting of Meghan featured in the background of Beyonce and Jay-Z’s acceptance speech for their BRIT award in 2019, in honour of Black History month.

She was in royal attire, and Beyonce noted on social media: “We bow down to one of our Melanted Monas.”

However, Ms Ellen speculated that such figures were now “unlikely to feel true kinship” with those who give “explosive gut-spilling interviews, never mind leak private family conversations to showbiz journalists”. 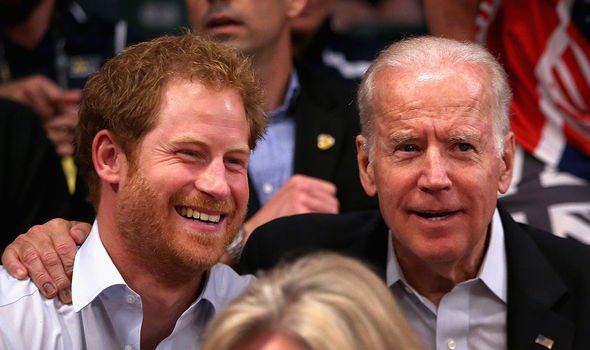 Writing in The Guardian, Ms Ellen concluded: “In such rarefied circles, the Sussexes simply don’t fit in.

“Whatever supportive platitudes are spouted, in private, eyebrows may be being raised at the oversharing.”

It’s worth noting that US President Joe Biden — close friend to the Obamas — has already voiced his support for Meghan’s “intimate conversation” with Oprah, and said it must have taken “courage” to agree to such an interview.

Mrs Obama did weigh into the fallout from the interview, too, telling NBC News she hoped the couple would reconcile with the royals, but that the Sussexes’ revelations would become a “teachable moment” for the Palace.

Coronavirus: Lockdown measures in your area