Meghan Markle and Prince Harry’s popularity has been a divisive topic since they stepped down as senior royals. Both the Duke and Duchess of Sussex have faced criticism for their attitude and behaviour outside of the Royal Family. Royal expert Angela Levin argued the royal couple have been showing a lack of common sense.

While speaking on talkRADIO, Ms Levin insisted this was a direct reason why their popularity was falling.

“But I think they have realised they have got it wrong.

“The Duke and Duchess are going down with the question, ‘do you like Harry and Meghan?’ 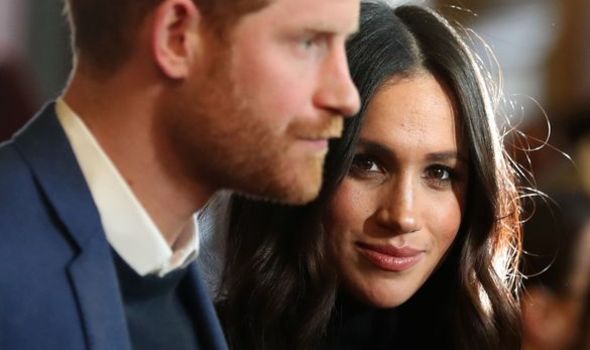 “They don’t think will someone be hurt if I do this, have I got to do this before I tell other people what to do.

“I don’t think they like that so they have got 15 people who are trying to get them on every channel around the world.

“But if you don’t have common sense you are not going to do the right things in the right way.”

Some fans and commentators have argued that Prince Harry has been influenced by Meghan to speak out more on particular issues.

While some have defended the couple and insisted after cutting ties with the Royal Family the pair are now free to speak out on topics that are important to them.

Royal expert Omid Scobie, who has written an unauthorised biography on the couple, said about their departure from royal life: “We’ve heard Harry speaking about racism and racial injustice in a way that we haven’t heard him before, Meghan has found a much stronger voice. I think that says a lot about how the couple are thriving and doing as a family as well.”

Following a row over the pair speaking on US politics with their video with TIME magazine, royal commentator Dawn Neesom and Dan Wootton offered Prince Harry advice.

“He is chipping in on Meghan Markle’s pet projects with perfectly scripted woke-ism British princely charm.

“But what happens when Prince Harry actually stands up to Meghan for the first time?”

Ms Neesom admitted that she thought it was unlikely Harry would stand up to Meghan on the issue of becoming too political.

She added: “Do you think it is going to happen, Dan?

“He is never going to stand up to her, he is the very definition of a henpecked husband.”