The Duke and Duchess of Sussex renamed their Sussex Royal brand to MWX last year after they dramatically announced they were stepping down as working royals. But now they have started to establish themselves with their new Archewell brand in the US, it appears they have now applied for a voluntary liquidator to axe the company altogether. Companies House documents have shown the couple requested the company be ended on May 4, with the voluntary liquidator request being put forward today.

This is a sign they will not be returning to the UK, as the decision will be wrapped up within 10 days.

It comes after Harry was seen in a new advert for his upcoming US show The Me You Can’t See, which he worked on with Oprah Winfrey.

In the trailer, he said: “To make that decision to receive help is not a sign of weakness. In today’s world more than ever, it is a sign of strength.”

The clip also showed archive footage of Harry stood next to his father Prince Charles at his mother Princess Diana’s funeral in 1997. 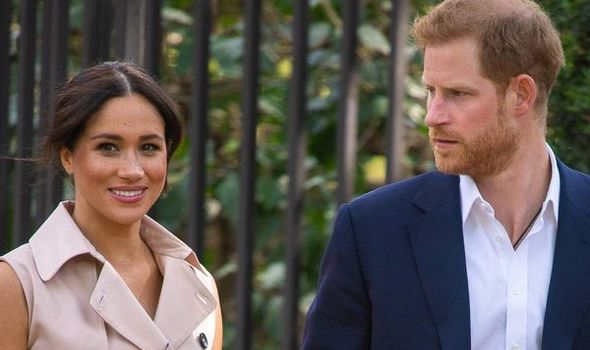 A voiceover then said: “Treating people with dignity is the first act.”

Meghan is also in the trailer, as she was seen leaning over her husband smiling while wearing a T-shirt featuring the logo “Raising the future”.

The Duke and Duchess of Sussex are also preparing to celebrate their third wedding anniversary this week.

Harry and Meghan married during a glittering ceremony on May 19 2018 and are likely to mark their milestone privately at their Californian home.

Traditionally, a third wedding anniversary is celebrated with gifts made from leather.

The wedding heralded a new chapter for the monarchy as it was welcoming a person of mixed race into the family for the first time in centuries.

But just 18 months after exchanging their vows the Sussexes travelled to North America with their son Archie and have never permanently returned to their UK home.

A YouGov poll carried out on Monday found 44% of 4,567 adults questioned thought the couple should no longer be a duke and duchess.

The past few months have been a tumultuous period for the couple following their bombshell interview with Oprah Winfrey.

Meghan and Harry laid bare their brief life as a working royal couple, alleging a member of the family made a racist comment about their son, and explained the duchess had suicidal thoughts but her approaches to the monarchy for help were turned down.

The Duke of Edinburgh’s funeral in April briefly brought Harry back into the fold, and he was pictured moments after the ceremony looking at ease and chatting with his brother the Duke of Cambridge.