Meghan and Harry have caused a stir within royal circles in the months since they chose to leave the royal frontline and become financially independent. From their new home in California, the couple decided to boycott royal protocol by speaking out about the US election in an attempt to encourage voter registration. Although neither mentioned any particular candidate or party, Meghan dubbed it the “most important election of our lifetime” and encouraged the electorate to seek “change” — which most commentators perceived as a tacit endorsement for President Trump’s challenger, Joe Biden.

After her comments were released, Mr Trump hit back and said he “was not a fan of hers” and that he wished Harry “good luck” because he was “going to need it” with his wife.

Royals are often praised for their soft diplomatic powers, and the Duke and Duchess of Sussex have used royal tours in the past to elevate UK relations.

For instance, their tour to Southern Africa last year was considered a great success.

However, the couple are seen to have sided with Joe Biden in the run-up to the election — especially as Harry appeared to already be on great terms with the former Vice President prior to his campaign. 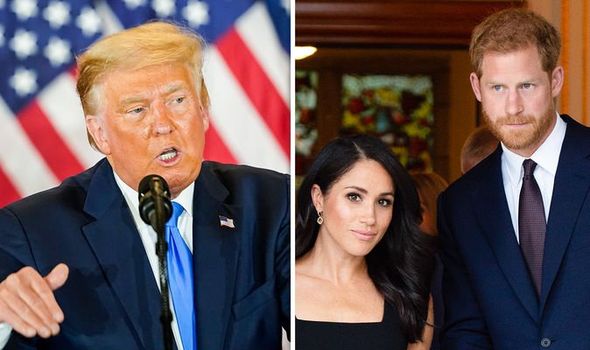 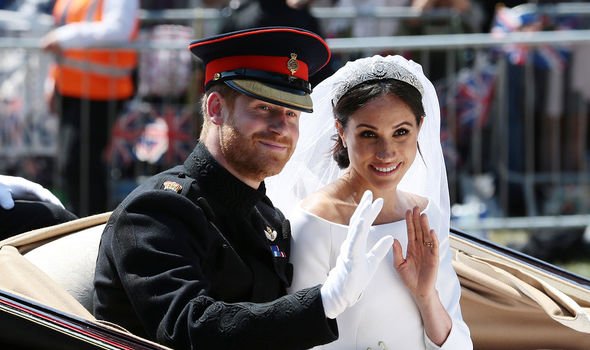 Meghan also described Mr Trump as “divisive” and “misogynistic” during his presidential campaign in 2016, before she was a royal.

Additionally, author Micheal Wolff explained how Mr Trump may have been offended by a decision the Sussexes made early into their relationship and how that could affect future UK-US relations.

Mr Wolff said the President “doesn’t like being snubbed and wants to be the centre of attention all the time”.

He added that Mr Trump’s approach to foreign policy was “simple”.

He explained: “You Brits suck up to him and enlist in whatever geopolitical fantasy he has going, he’ll give you what you want — though only if it doesn’t hurt him. 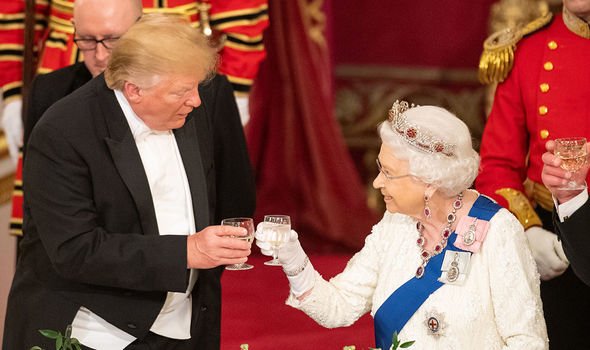 “It is not so much vengeance rather ‘you flatter me and I’ll flatter you’. If the Brits give him what he wants, he will value the Brits.”

He was speaking to the Mail on Sunday in 2018, when royal watchers were eagerly anticipating Meghan and Harry’s lavish wedding.

He suggested that the President could resent not being invited to the international event and hold it against the UK and let it affect a trade deal.

However, the Sussexes’ close friends, former President and First Lady Barack and Michelle Obama, were not invited either.

A Kensington Palace spokesperson told Harper’s Bazaar: “It has been decided that an official list of political leaders — both UK and international — is not required for Prince Harry and Ms Markle’s wedding.

“Her Majesty’s Government was consulted on this decision, which was taken by the royal household.”

DON’T MISS
Prince Philip would ‘back Biden over Trump’ due to key campaign policy [INSIGHT]
Queen’s blunt confession on US-UK relations: ‘You taught us a lesson!’ [EXPLAINED]
Obama confessed ‘US prefer royals to politicians’ to Prince Charles [EXPOSED] 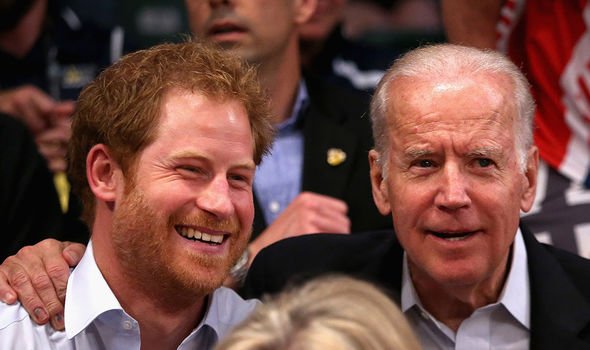 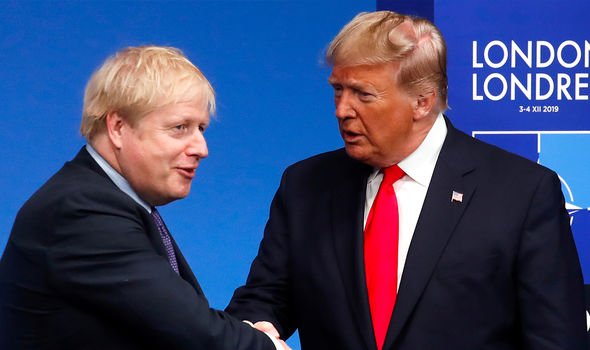 Yet, according to the author of the 2018 book, ‘Fire and Fury’, Mr Wolff believed that the President would resent not being invited to the special occasion.

Mr Wolff claimed Mr Trump “needs love and doesn’t understand when he doesn’t get it”.

The President seems to have had an ongoing feud with Meghan.

He famously claimed the Duchess of Sussex made “nasty” remarks about him when they were repeated to Mr Trump just before his state visit to the UK last year. 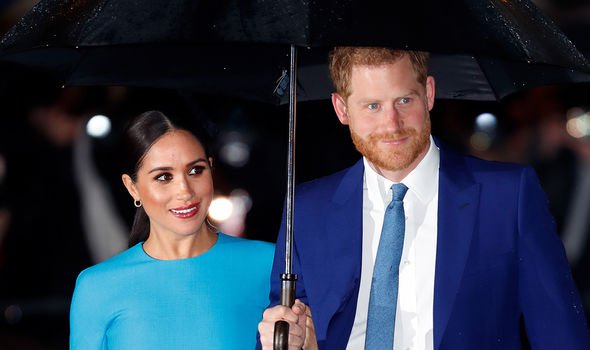 The Government has also been on the edge of its seat during the US election.

Mr Trump has promised Prime Minister Boris Johnson “a massive new trade deal after Brexit” which “has the potential to be far bigger and more lucrative than any deal that could be made with the EU”.

While Mr Biden has made it clear from the off that he does not support Brexit and will prioritise Ireland’s interests over Britain’s.

However, as the final, official result of the US election is yet to be announced, Downing Street has remained reticent on the electoral proceedings.