The potential reconciliation between Meghan Markle and Prince Harry and the rest of the Firm has sparked a fierce debate on GB News. Host Dan Wootton posed the question ‘Should King Charles III prioritise the country over Harry and Meghan?’

Royal biographer Angela Levin, author Anna May Mangan, and editor-in-chief of About Time magazine Angelica Malin appeared on the panel to discuss the issue.

Ms Mangan stated that she “would have cut all ties five minutes after the Oprah Winfrey interview”.

Ms Levin told the programme: “No one has the right to tell a father how he feels about his son, or daughter for that matter.

“It’s really up to them, but I think there is a big difference between someone who is like a King or anybody in those sort of areas that you have to split your personal life from your professional life. 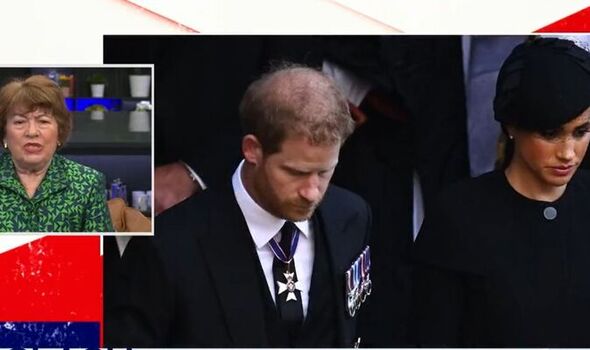 “I don’t think that those two go very well at the moment because Harry is very obstinate, neither he nor Meghan would compromise and I think it’s going to be very very difficult.”

A royal source told The Telegraph that the new monarch saw “tremendous flickers of hope” in his recent interactions with the Sussexes.

King Charles also spoke of his love for the pair during an address to the nation. 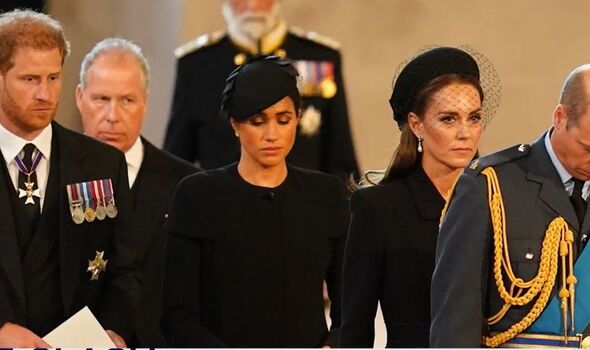 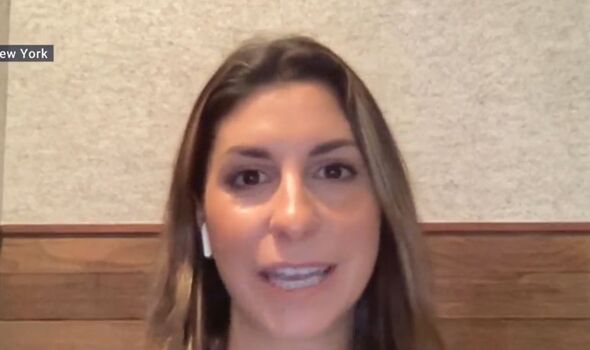 The source revealed: “It remains that the King loves both of his children.

“Over the last 16 days or so, there were tremendous flickers of hope. In terms of the future, there is hope of a cause for unity.”

Ms Levin, however, expressed concern over the couple being welcomed back into the fold.

She added: “We might have them both back which I think will be an absolute disaster. 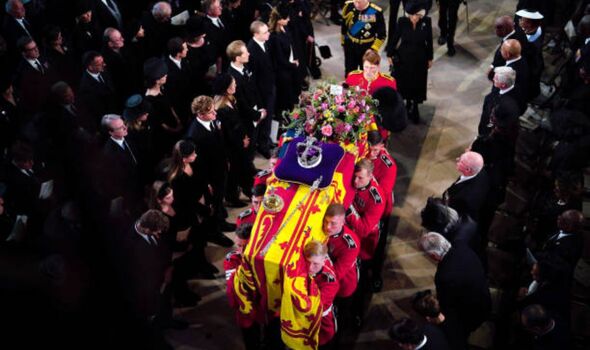 “It would be extremely unpopular and they would have to make an agreement that they would stop sniping at everything, stop thinking about just themselves.”

Author and journalist Ms Malin had some sympathy for the situation.

She told the rest of the panel: “Firstly I don’t think this is about just reconciliation to the point of them being working royals again.

“I don’t think they want to be working royals.

“It’s important to remember though that the monarchy on a global scale, if we’re looking at how they’re perceived internationally, it’s important that they look unified.

“I think Charles coming into his reign and starting it off on a high note, trying to reconcile is a good thing.”