Nicholas Owen says spotlight is back on Meghan and Harry

Meghan Markle and Prince Harry showed they “still want a place in the spotlight” with their recent photo release, according to a royal expert. Two new pictures of the Duke and Duchess of Sussex were shared last week, days after an official portrait of the new King and Queen Consort and the Prince and Princess of Wales was unveiled.

She claimed it was a “reminder” that the Sussexes are “not going to be silenced” as they pursue new lives in the US.

Ms Nicholl told the Daily Beast: “It was very deliberate. It was a reminder that there is an alternative royal court across the pond, and it’s one that is not going to be silenced or quietened.

“It was clearly published in response to the picture coming out of the Palace of the ‘new’ Fab Four – Charles, Camilla, William and Kate – and this is a reminder that there are two other members of the family that still want a place in the spotlight.” 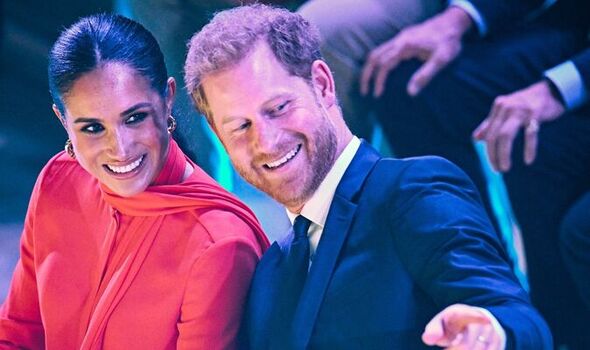 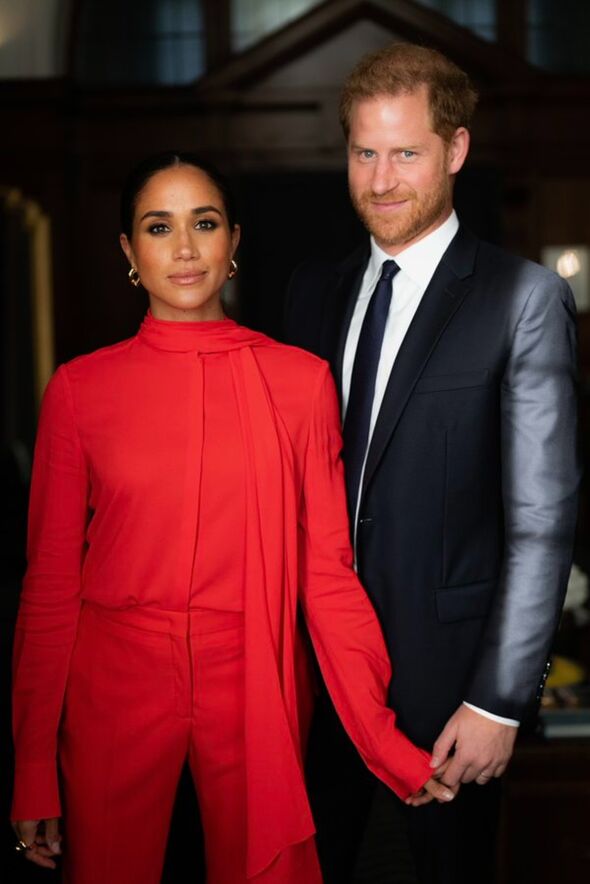 The two snaps were taken by the Sussexes’ friend Misan Harriman during their UK trip last month.

The couple were attending the One Young World summit in Manchester on September 6.

The first image shows Meghan in a red trouser suit with Harry standing behind at her left side.

The second black and white shot is side on as they hold hands. 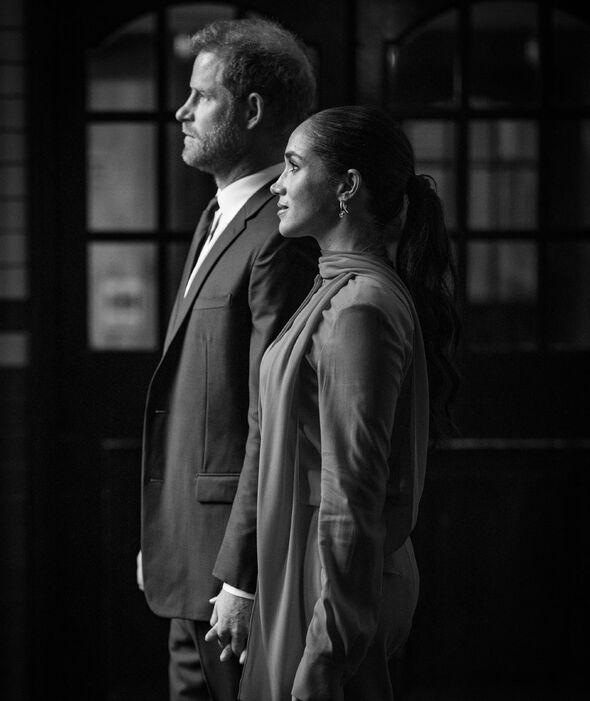 It comes as the Sussexes have faced tensions with the royals in the wake of Megxit.

Harry and Meghan quit as working royals in March 2020 and have set up home in California with their two children.

The couple made a series of claims about the monarchy in their Oprah Winfrey interview in March 2021.

And in an interview with American magazine The Cut at the end of August, Meghan said she has “never had to sign anything” that stops her talking about the royals. 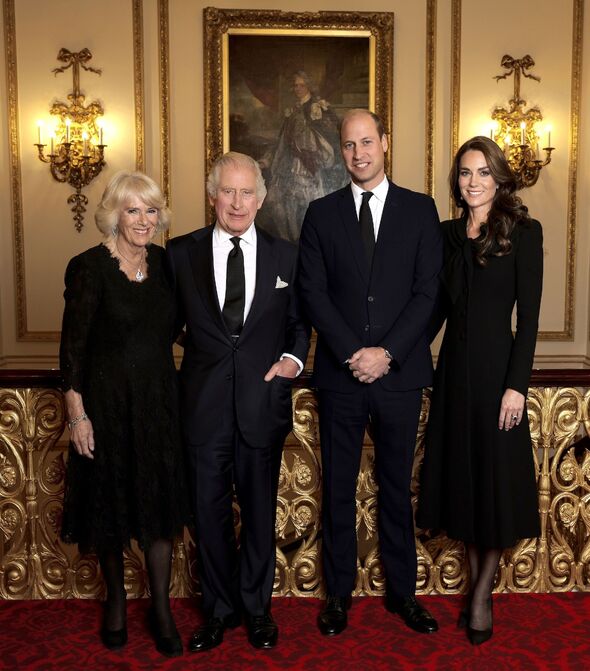 The Sussexes were on their trip to Britain when the late Queen died in September.

They put on a united front with the Royal Family at events including the state funeral before heading back to Montecito.

There are now reports they want to change the Duke’s memoir and their Netflix series in the wake of the late monarch’s death which could delay the projects.

Harry and Meghan are said to want to tone down what they have said about Charles, Camilla, William and Kate.

Meanwhile, it was claimed over the weekend that the Sussexes had planned a year of reconciliation with the royals after the book and show had been released.