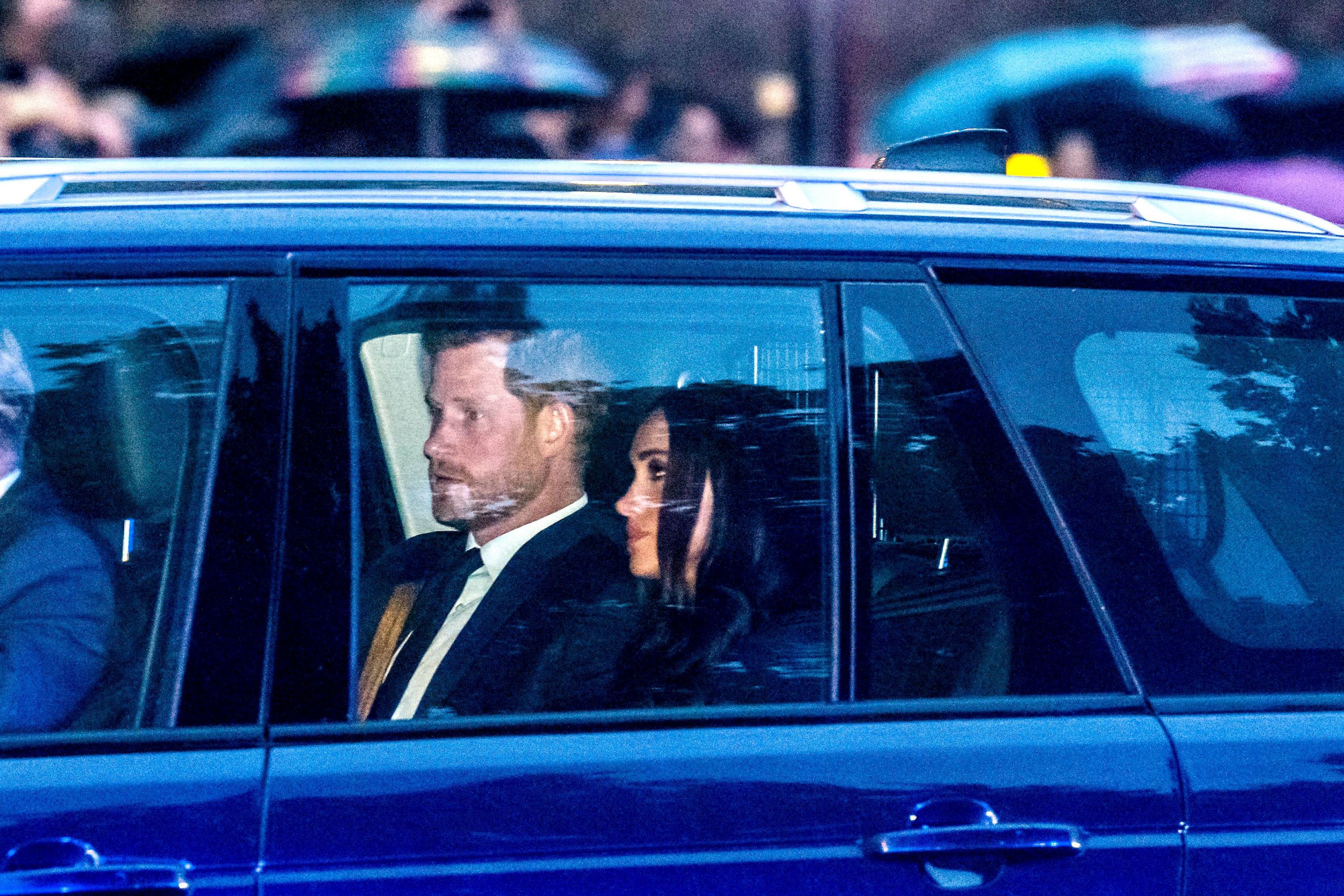 The Duke and Duchess of Sussex were dressed in black as they arrived by car at the royal residence in central London.

Prince William and Kate, the new Princess of Wales, joined them in the palace, where the 1st Battalion Coldstream Guards poignantly greeted the late monarch’s casket with a guard of honour.

Harry will unite with his brother and Charles later today when they walk behind the Queen’s coffin as it leaves the palace for Westminster Hall, where she will lie in state for four days.

Prince Andrew, Princess Anne and Prince Edward will join them in the procession, which is due to depart at 2.22pm and arrive at the Houses of Parliament at 3pm.

Kate, Meghan and Camilla, the Queen Consort, will travel by car to the service that will last around 20 minutes and be led by the Archbishop of Canterbury.

Hundreds of thousands of people are expected to pay their respects after queueing for hours.

The first mourners joined the queue for the Queen’s lying in state more than 48 hours before it officially opens at 5pm, continuing until 6.30am on Monday, the day of the funeral.

Government guidance says the queue is expected to be very long, with people standing for ‘many hours, possibly overnight’ and with very little opportunity to sit down.

There were emotional scenes on Tuesday evening when the Queen’s coffin was brought back to London by plane.

As the hearse carrying the coffin began its journey, people stood silently by the road with some recording the historic moment on their phones.

On Saturday, William and Harry put on a united front with their wives during a walkabout outside Windsor Castle.

The brothers have a well-documented troubled relationship but the death of their grandmother saw them unexpectedly come together to greet well-wishers and view the sea of floral tributes.

Then in Harry’s tribute to his grandmother he said he wanted to honour his father at the start of his reign as King.

The last time Charles and his two sons were all seen together in public was at the service of thanksgiving for the Queen in St Paul’s Cathedral during the Platinum Jubilee in June.