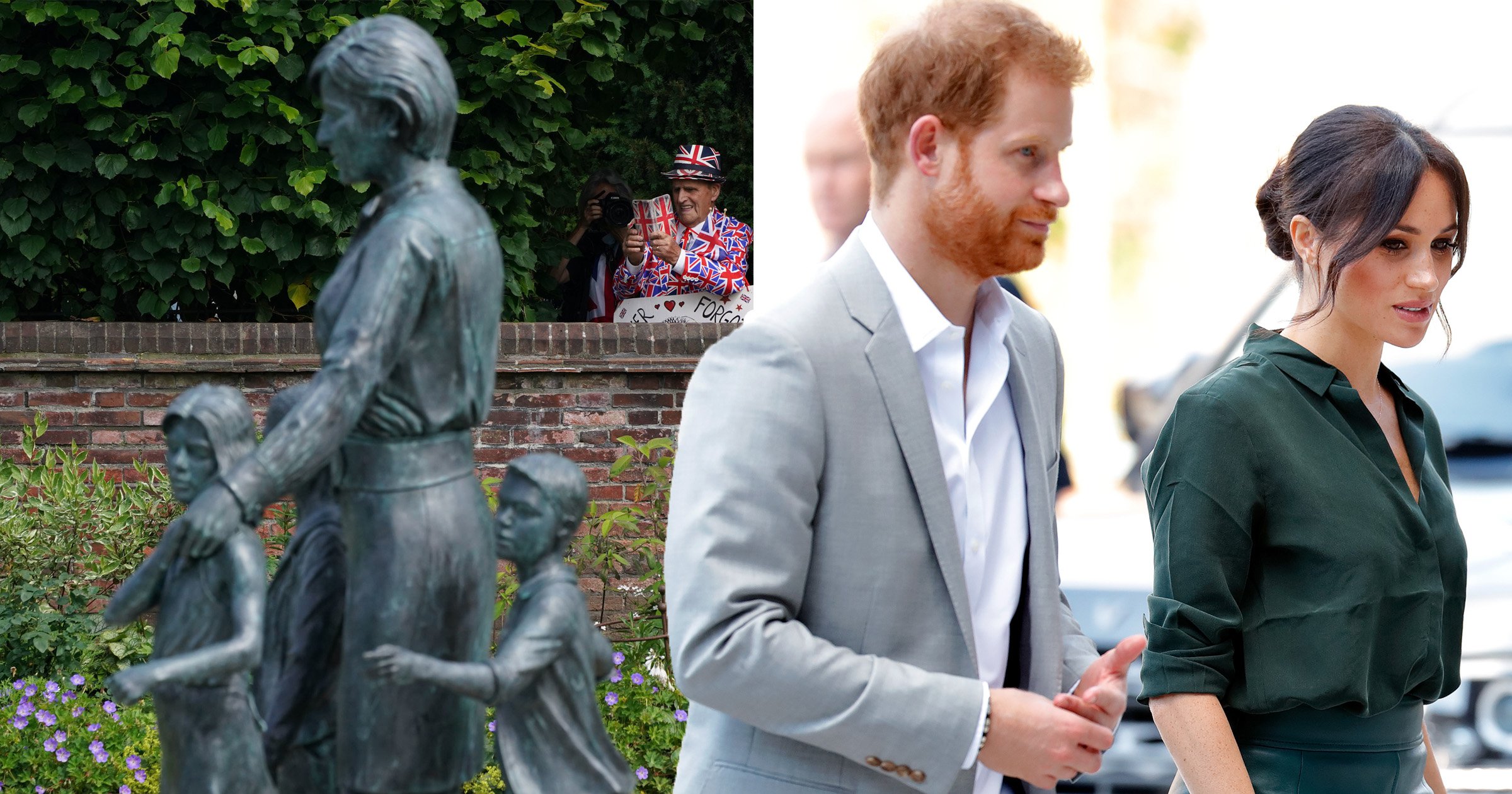 Harry and Meghan are set to swerve a potentially awkward royal reunion planned for later this month.

A reception at Kensington Palace is planned for October 19 in honour of the late Princess Diana and to thank 100 donors who funded the new statue of her unveiled in the summer.

Sir Elton John is expected to be among the guests, as well as other former friends who were unable to attend the scaled back July ceremony.

The statue unveiling had been timed to coincide with what would have been Diana’s 60th birthday but could not go ahead as planned because of Covid-19 restrictions.

Harry and William appeared side by side to reveal the statue but he will not attend this month’s event, The Telegraph reports.

With travel restrictions between the US and UK eased, there had been speculation the Sussexes could make their first return together since dramatically leaving the royal fold.

But a spokesperson for the pair confirmed on Saturday that Harry and Meghan will not travel to the UK.

Prince Harry is also unlikely to attend Remembrance Day events in London on November 11 as he is due to present an awards ceremony for veterans in New York the day before.

With relations frosty and Covid restrictions impacting travel, Meghan has not set foot in the UK since March 2020.

Their son Archie, who is seventh in line to the throne, has not been in the country since autumn 2019 and Lilibet, who has not been seen in public, is yet to visit.

Harry has returned just twice since quitting royal duties, for the statue unveiling and for the funeral of Prince Philip.

Speculation is rife as to what he will reveal in his upcoming memoir, which is due to be released in late 2022.

The estranged duke could reveal more details of alleged racism towards his wife, which the couple revealed during an interview with Oprah Winfrey.

There are signs Harry and Meghan are ready to start having a more public role after appearing at a Covid recovery concert in New York last month.

Speaking together in public for the first time since the split, they used their speech to criticise pharmaceutical companies which produce vaccines and retain the intellectual property rights.

Recounting conversations with vaccine experts, Harry said: ‘They said many countries are ready to produce vaccines at home yet they aren’t allowed to because ultra-wealthy pharmaceutical companies are not sharing the recipes to make them.’

John Bercow peerage nomination blasted by former Black Rod – ‘This is not a good idea!’