Meghan’s tell-all interview with close friend and famous talk show host Oprah Winfrey has reignited the ongoing feud between Sussex supporters and Cambridge fans. When ITV broadcast the “intimate conversation” last month, many pointed out how Kate was first in the firing line. Her sister-in-law claimed reports of a feud between them dating back to 2018 had been inaccurate, and that one particular fallout had left her in tears.

Meghan added: “I’m not sharing that piece about Kate in any way to be disparaging to her.”

But, as royal biographer Katie Nicholl noted, “Kate is not in a position to respond and Meghan and Harry know that” — and so Meghan’s allegations revived comparisons between the two women once again.

Omid Scobie, one of the co-authors of the pro-Sussex biography Finding Freedom, told Vogue that the divide between Team Meghan and Team Kate even extended to the Firm.

He claimed: “It was only last year that someone at the Palace told me that I picked my corner and now I have to stay in it.”

Mr Scobie’s book with fellow royal correspondent Carolyn Durand was the first major text which sympathised with the Sussexes and the challenges leading up to their messy royal exit last year. 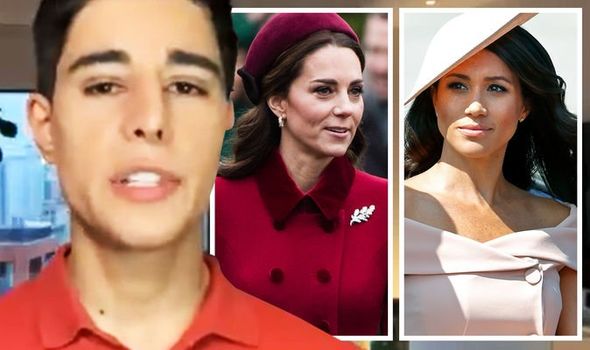 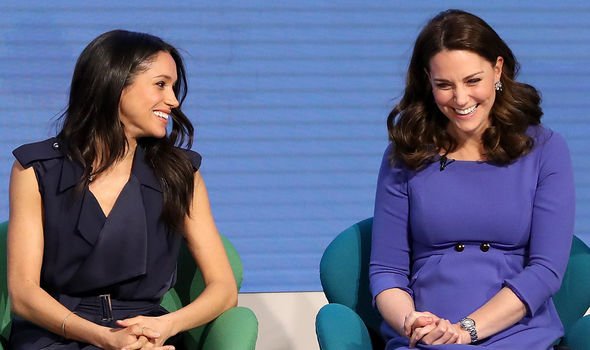 The biographers said the pair had “grown frustrated” that they often took a “backseat to other family members”.

Finding Freedom also said Harry and Meghan “tried to air these frustrations, but the conversations didn’t lead anywhere” — pointing the blame at the Palace.

In the aftermath of the Oprah interview, Mr Scobie was also one of the first to claim the Royal Family “lack empathy towards outsiders who marry into it”.

Mr Scobie and Ms Durand then uncovered details about the fallout between the Sussexes and the Cambridges, claiming “although Meghan tried to make eye contact with Kate” at her final royal engagement, “the Duchess barely acknowledged her”.

Mr Scobie told The Times: “To purposefully snub your sister-in-law… I don’t think it left a great taste in the couple’s mouths.”

He also revealed to Harper’s Bazaar how he had a positive relationship with Meghan, explaining how he had seen her in tears when saying goodbye to her royal staff.

He said “tears that the Duchess had been bravely holding back were free to flow among familiar faces” last March. 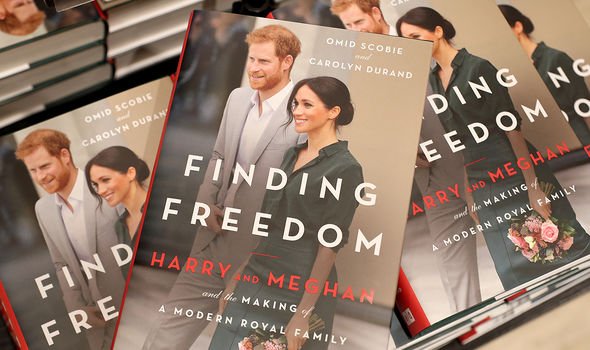 He also claimed that he “hugged” her hours before she left Britain, and that he had enjoyed a “one-on-one” discussion with Harry.

Writing in Finding Freedom, he revealed: “Back at Buckingham Palace, the ACU students now en-route to Westminster Abbey and Harry quietly slipping through the door to say hello, the reality — and the emotions — finally set in as I give Meghan a goodbye hug.”

Mr Scobie even reported that Meghan’s parting words to him were “it didn’t have to be this way”, before she flew back to North America to see Archie.

However, both the authors and the royals denied collaborating with Finding Freedom when the text came out last August.

A representative for the Sussexes said: “The Duke and Duchess of Sussex were not interviewed and did not contribute to Finding Freedom. 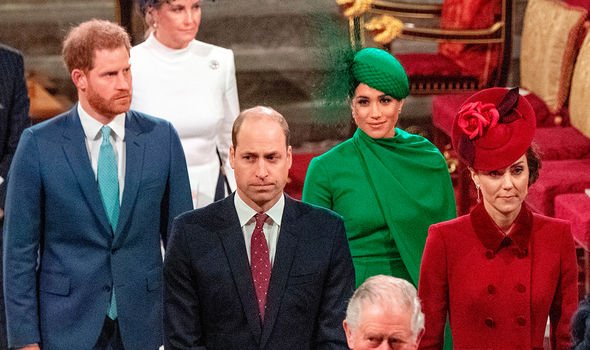 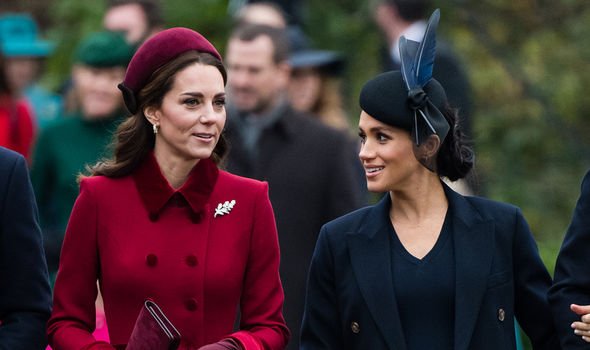 Mr Scobie said that he and his co-author had “extensive access to those closest to the couple: friends, trusted aides, senior courtiers, and many individuals in the Sussexes’ inner circle” — and he pointedly added that they did not “write the book for Harry and Meghan”.

But, he told Town & Country how he was now seen as Team Meghan.

He explained: “I think the problem is I’m on a side of history that many others don’t want to be a part of, and it’s rubbed people the wrong way, much as the Sussexes have.”

He said that he thinks if he posts about the Duchess of Cambridge “there’ll be a sea of voices that don’t like the fact that I focused on her”. 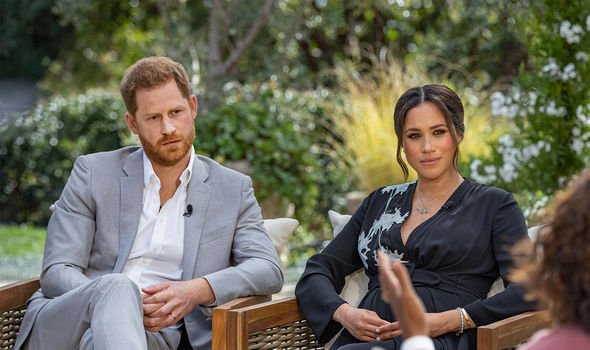 He added: “If I write about Meghan, you can guarantee that half the profile pictures in comments underneath are Cambridge photos, all with very negative comments.”

Meghan even appealed to royal fans to stop pursuing the narrative of a “hero and a villain” between her and her sister-in-law during her sit-down interview last month.

She told Oprah: “So much of what I have seen play out is this idea of polarity.

‘Oprah with Meghan and Harry’ is available to watch on ITV Hub.