Harry and Meghan have taken the unprecedented step of signing a £74.5million commercial deal with Netflix this week. This news comes six months after they stepped down from the royal frontline in search for financial independence and greater autonomy. They have also permanently set up camp in Santa Barbara, California, leaving many royal watchers to note how much has changed for the couple in the two and a half years since they married.

However, according to the newly released biography ‘Finding Freedom’, some of Harry’s inner circle spotted how the royal was undergoing major changes just days after the Sussexes exchanged vows.

Tom Inskip, nicknamed Skippy, was one of Harry’s childhood friends from Eton College.

He once “questioned the prince’s relationship with Meghan”, according to the biography, which meant he fell out of favour with his old friend.

He and his wife Lara were then invited to the couple’s wedding ceremony and lunchtime reception but “didn’t make the cut for the evening bash”. 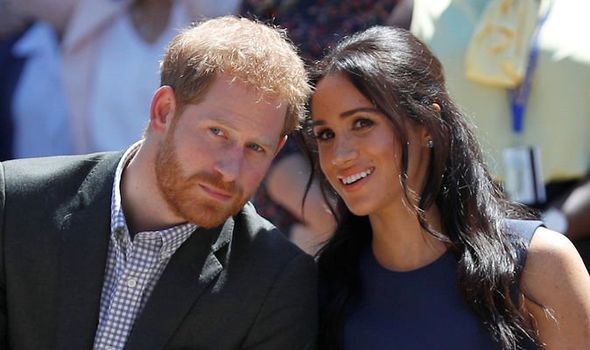 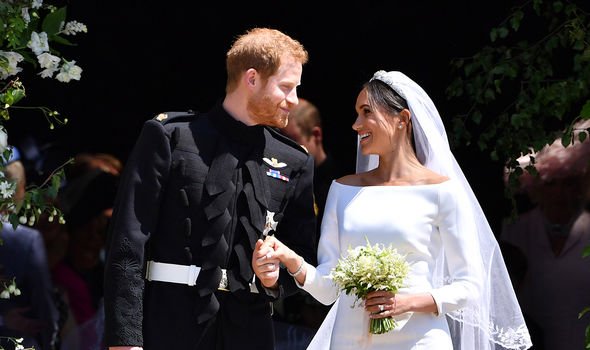 Instead, Hollywood A-listers like George and Amal Clooney and Oprah Winfrey, were invited to the high-profile evening event.

This added to the perception of “many of Harry’s old friends” that the surprisingly selective guestlist was the newlyweds’ way of saying, “these are the people we want in our lives moving forward”, according to Finding Freedom — and that did not seem to include Skippy.

Then, the day after the wedding, Skippy reportedly told friends: “Meghan had changed Harry too much.”

Skippy had allegedly advised Harry not to marry Meghan and, according to Tatler’s David Jenkins, paid the price of “banishment” as a result. 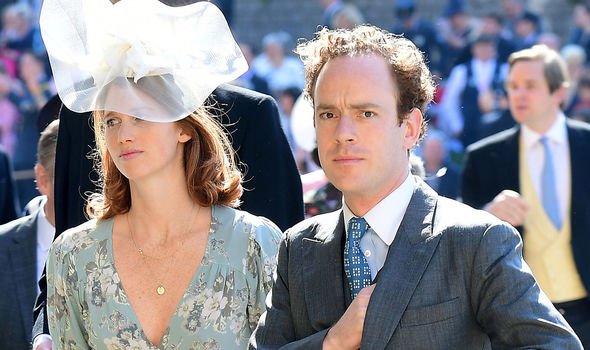 A source told the authors that Skippy’s advice “came from a good place”, but Harry “didn’t totally see it that way”, leading to the sudden breakdown in their friendship.

They added: “It really hurt him that someone he was so close to would not trust his judgement.”

The Sussexes’ relationship can indeed be described as a whirlwind, considering they were dating for approximately 15 months before they announced their engagement.

Skippy was also not the only one of Harry’s inner circle to question their relationship, and then face the cold shoulder.

Harry’s tumultuous rift with Prince William is alleged to have started when his older brother said Harry should “take his time getting to know this girl”, alluding to Meghan. 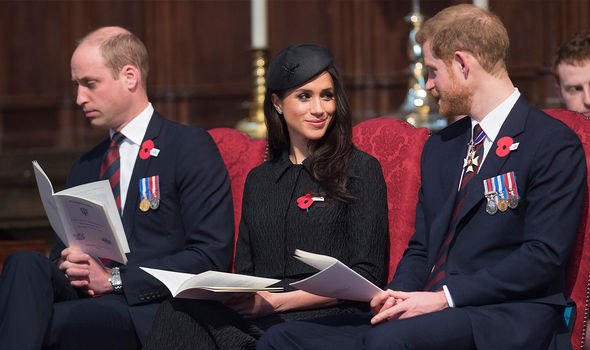 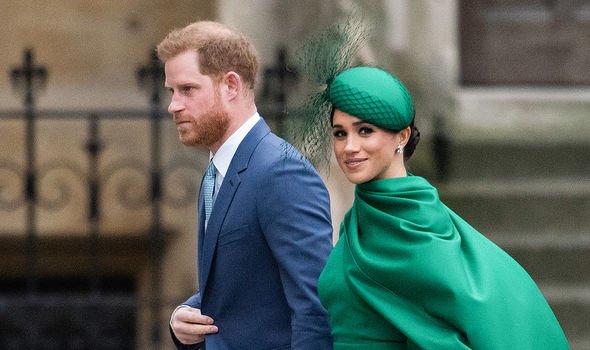 The Duke of Cambridge was subsequently dubbed “snobbish”, despite just wanting to “make sure the American actress had the right intentions”.

After the wedding, Skippy reportedly told friends: “We’ve lost him.”

These claims come from the sympathetic account, Finding Freedom, which wanted to show Megxit from Harry and Meghan’s perspective.

It must be noted that both the authors and the Sussexes deny any collaboration for the bombshell book.

The biography also details how Meghan influenced Harry once they started dating and even took him on a “journey to wokeness” which changed his worldview.

Mr Scobie told National Public Radio last month that, as a biracial woman, Meghan would have exposed Harry to “racist remarks and commentary” she has faced, which would have been the “first time” he would have seen such behaviour first hand. 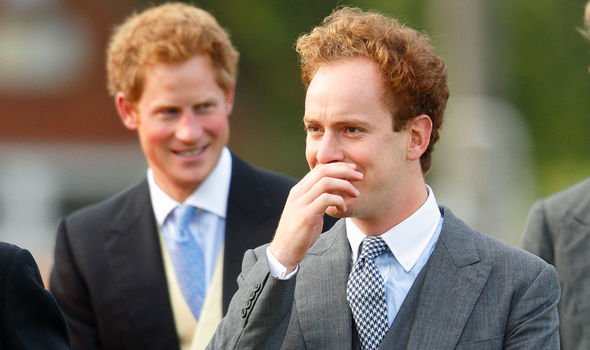 Meghan has also encouraged Harry to take up her personal lifestyle habits.

As her mother Doria Ragland is a professional yoga instructor, she is an enthusiastic yogi and now her husband has followed in her footsteps.

A friend told Vanity Fair: “We never thought Harry would be raving about yoga, but he loves it.”

Another pal told the outlet that, with Meghan rising every day at 5am, Harry has been inspired to adjust his schedule, too, and now gets up “super early” with his wife.

Harry also joined Meghan in going teetotal during her pregnancy.

Another insider told Express.co.uk: “Considering he’s been a pretty brutal drinker since he was a young teenager, it’s quite an achievement.”

Other sources claim both of them now “see a nutritionist and are into their supplements”, as Harry copies his wife’s healthy eating habits.

Harry reportedly begins his mornings with a green juice now, and tries to exercise more frequently while cutting all cigarettes out of his day-to-day life — despite reportedly smoking since his teen years.

The Daily Mail’s insider said: “Harry has promised no smoking at all at home. It’s not nice for Meghan as a non-smoker.

“So there’s no more hanging out of the window for a quick puff. Harry has quit for Meghan.”

‘Finding Freedom’ by Omid Scobie and Carolyn Durand, was published in 2020 by Harper Collins Publishers and is available here.

Meghan Markle to have TWINS? The clues suggesting Duchess is expecting DOUBLE TROUBLE