The couples both attended the annual Royal British Legion Festival of Remembrance at the Royal Albert Hall on Saturday night, alongside the Queen, the Prince of Wales and other senior members of the Royal Family. The service marked the first time the Sussexes and Cambridges have appeared in public together following Harry and Meghan’s candid on-screen interview with ITV News At Ten presenter Tom Bradby. In the documentary, filmed during the Sussexes’ recent official visit to southern Africa, Harry said he and brother William are now “on different paths” and have “good days” and “bad days” in their relationship.

But, Kate and William may have sparked further complications after posting a series of pictures of last night’s service on their Kensington Royal Instagram account.

There was a cute snap of the pair gazing lovingly at each other, as well as an adorable picture of the Queen grinning and a third picture of members of the Royal Family in their box at the service.

But, Meghan and Harry posted the same group photo from the royal box, which confirmed they had been cropped out of the Cambridge’s photo.

The two couples sat at either end of the royal box, with the Duke and Duchess of Sussex perched behind Prime Minister Boris Johnson. 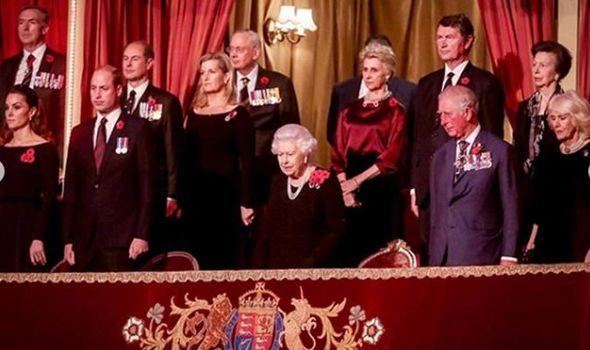 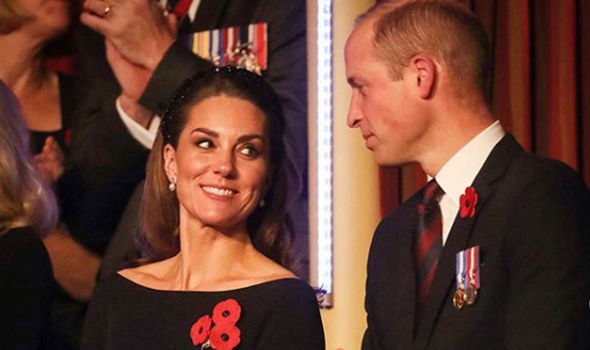 He was also cropped out of Kate and William’s picture.

The service at the Royal Albert Hall was also attended by the Duke of York, the Earl and Countess of Wessex, the Princess Royal, the Duke and Duchess of Gloucester, the Duke of Kent and Vice Admiral Sir Tim Laurence.

This year’s event marked 75 years since the battles of 1944, including Monte Cassino, Kohima and Imphal, D-Day and the collaboration of Commonwealth and Allied forces.

It also celebrated the 100th anniversary of the Government Communications Headquarters, and was a tribute to RFA Mounts Bay, which this year delivered supplies and aid to the Bahamas after Hurricane Dorian. 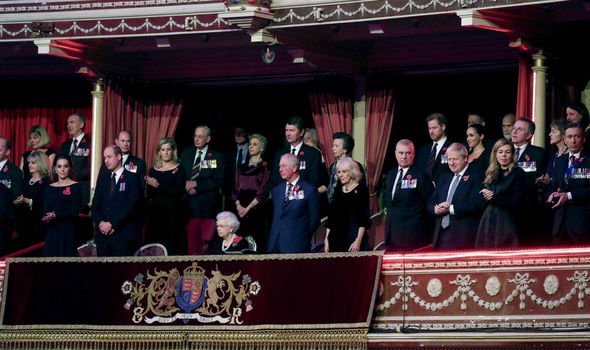 The ceremony was hosted by the Royal British Legion and commemorates all those who lost their lives in conflicts.

The royals were also out in force on Sunday morning as they attended the annual service and wreath-laying at the Cenotaph.

The Queen was joined by Prince Charles, Camilla, Prince Willian, Kate and Prince Harry and Meghan.

They gathered to watch the service from the Foreign Office and Commonwealth building balcony. 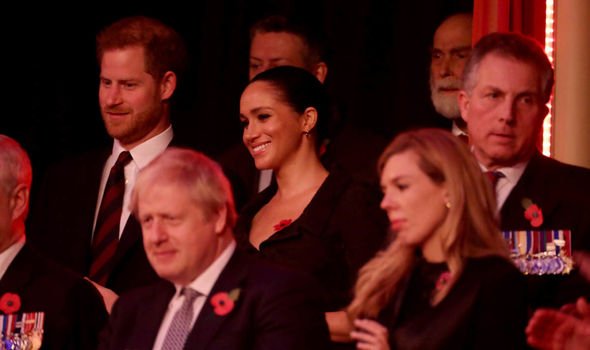 Harry appeared to confirm a rift with his brother last month during the ITV documentary.

It is believed that William did not see the interview ahead of its airing and was left “concerned” for his brother following his admission.

Harry said: “Part of this role and part of this job and this family being under the pressure that it’s under inevitably, you know, stuff happens. 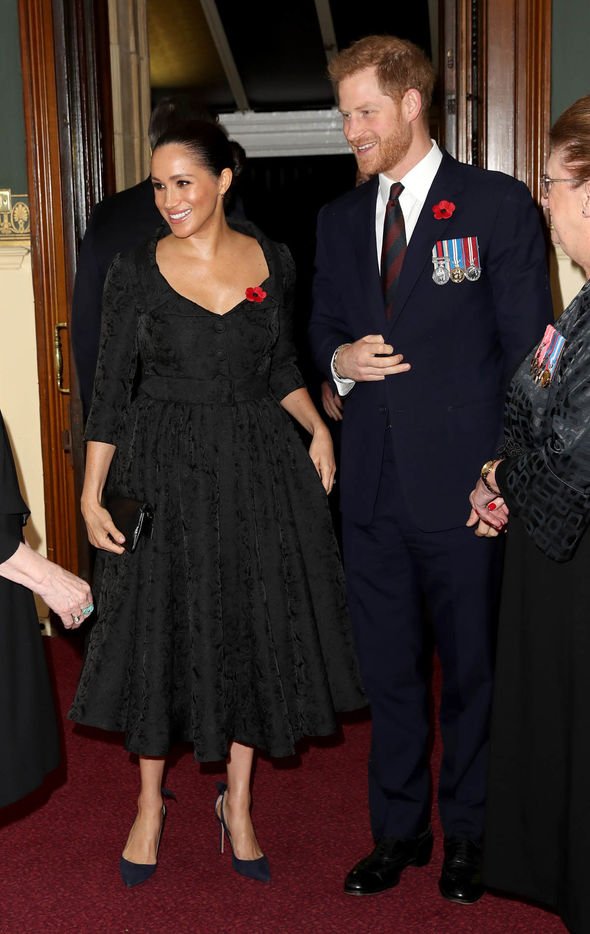 “But, I love him dearly and, you know, the majority of the stuff is created out of nothing.

“Just as I said, as brothers, you know, you have good days, you have bad days.”

Royal Family LIVE: Harry and Meghan will ‘not make a scene’ at Jubilee over security feud