Meghan Markle and Prince Harry have generated many headlines since their decision to step down as senior working royals and their subsequent interviews about their negative experience with royal life. But the Duke and Duchess of Sussex could soon see their appearance in prominent US magazines be reduced because of Prince William and Kate, the Duchess of Cambridge visiting the United States themselves towards the end of the year. Royal commentator Neil Sean cited close sources suggesting Harry and Meghan could be pushed into the background for “not selling as much” and see Kate in particular taking over American publications.

Speaking on his Youtube channel, Mr Sean said: “For Meghan Markle, this truly has to hurt. But we warned her and, more importantly, she failed to take notice.

“Because of the Duke and Duchess of Cambridge heading over to the United States of America for their Earthsot Charity, a lot of people are going to be really interested over in the States. Celebrities simply migrate to the next big thing, wherever you where, you’re now yesterday’s news.

“And Harry and Meghan are seemingly finding that. This particular front cover from a magazine that truly did really embrace everything they were all about – wokeness, saving the planet and, more importantly, just loving them – they’ve decided to change tack.

“This is all to do that also the editor of the magazine recently changed and, according to a very good source, allegedly the magazine editor isn’t as sympathetic as the previous editor.”

JUST IN: How Meghan and Harry were snubbed at Commonwealth event with Duke ‘fighting back tears’ 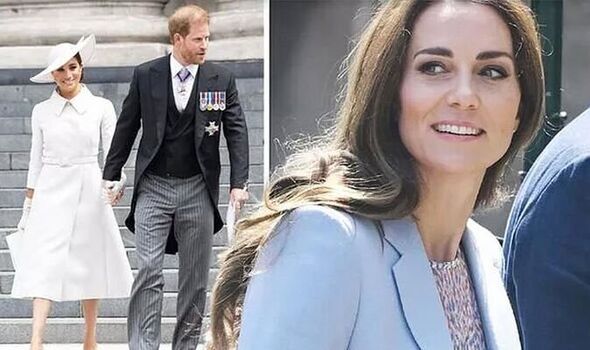 He continued: “What you could really read that to be is simply this – they’re just simply not selling as much. That’s the big factor.

“If they were still selling, they would still be on the front page but now, of course, is the emergence of Princess Kate, as the Americans like to call her.

“With Catherine moving forward in the next six months, she’s going to see an avalanche of positive PR alongside her husband, HRH Prince William.”

The Duke and Duchess of Cambridge are expected to visit Boston in December to attend the second edition of the Earthshot Prize, the Duke’s £1 million award aimed at promoting environmental projects across the world.

Meghan Markle and Prince Harry have remained active in promoting the causes close to them, sparking speculation about the Duchess potentially launching a career in politics.

However, they have also faced heavy criticism because of their outspokenness on heavily political issues, including the right to abortion and equal parental leave in the United States.

Royal biographer Tom Bower, who recently penned the Meghan and Harry-focused book Revenge, suggested their outspokenness could lose them support across the United States.

Mr Bower said: “She plays the royal card the whole time. I don’t think that will play well in an election for Congress or Senate if she did pursue politics. 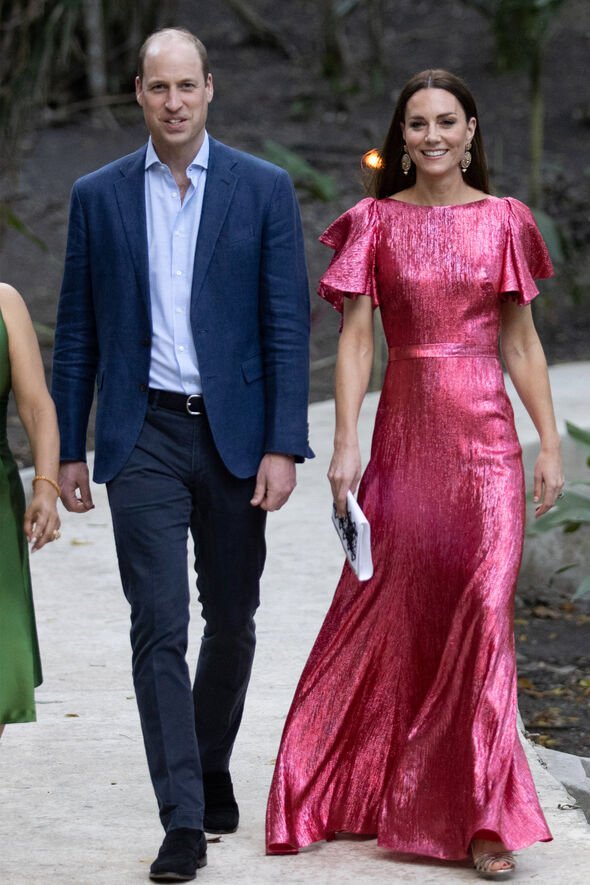 “I think they have to realign their image. In any case, they are burning their royal status pretty fast now.

“I think they will, in the end, have to give that up because it won’t wash.”

And royal commentator Hilary Fordwich questioned Meghan Markle for getting involved in politics while using her title.

Speaking to Dan Abrams on Newsnation, Ms Fordwich said: “Prince Harry obviously can’t control his wife because he knows very well you can’t be a renegade royal over here in the US because you’re breaking centuries of the royals staying out of politics.

“Not just American politics, all politics.”