The Duke and Duchess of Sussex left the UK to seek financial freedom away from the Royal Family last year. They have rarely spoken about their transition as they built a new life with their son Archie in California. Media reports from sources and friends of the couple have given a glimpse into their luxurious new life, including the biography Finding Freedom which involved interviews with people close to the couple.

But royal expert Daniela Elser said the couple may not build a positive new image for themselves in the US if their sources talk too much about their extravert life during the ongoing covid pandemic.

She wrote in the New Zealand Herald: “This week the UK passed the grim and horrifying milestone of more than 100,000 lives lost to the pandemic while in the US, 425,000 of people have been killed by the virus.

“Against this backdrop, their complaints of having to move between various mansions, three of which are in the $20 million price range, hardly qualifies as a hardship worthy of an outpouring of sympathy, especially when the concerned party has a spiffy, luxurious country house of their own back in Windsor. 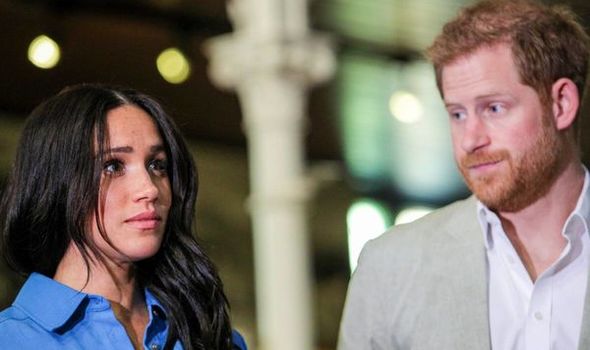 “Just because they wanted out as frontline members of the royal family didn’t mean they had to beetle off to North America.”

Ms Elser used the couple’s biography Finding Freedom as an example of how even positive promotion may not have helped matters.

In the book, authors Omid Scobie and Carolyn Durand wrote: “For Meghan, the challenges of enjoying motherhood while being constantly uprooted have been difficult.

“Over the past year the family have lived in four homes – from Windsor to Vancouver for almost six months, then a speedy relocation to friend Tyler Perry’s Hollywood Hills property to beat the pandemic travel ban in March, before laying more permanent roots at their nine-bedroom home in Montecito, near Santa Barbara. 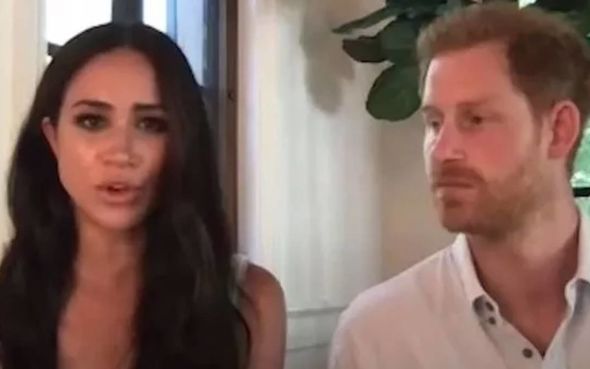 “A friend of the Duchess said: “It’s just been a lot.

“Their nanny moved back to the UK when they moved to LA because of the pandemic and restrictions left them feeling quite alone.

“Each move made them feel more displaced.”

Ms Elser said this probably did not gain public sympathy as most do not have the luxury of facing challenges with the pandemic while living in a mansion with nannies.

She said: “Oy vey. Feel that? That was the collective sympathy which readers of the piece might have felt for the royal couple evaporating. 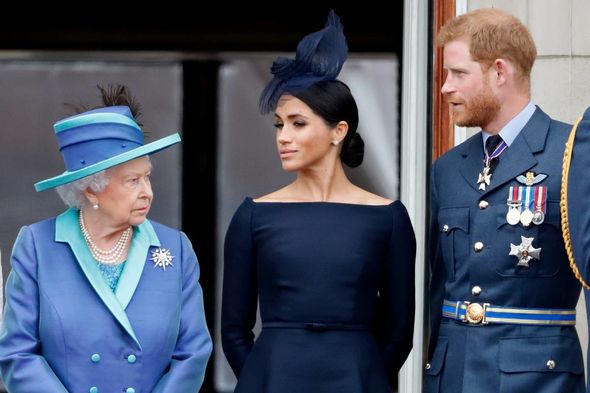 “Let me pause here and stress the fact that it is not Harry and Meghan themselves saying this and therefore we must take these quotes with a Polish salt mine worth of the stuff.

“But, that does not change the fact that these quotes do not help the Sussex cause or image a jot.

“Surely just what the Duke and Duchess surely do not need right now is some self-appointed mate having what reads like an entitled whinge on their behalf when all they are trying to do is get their new charity and businesses up and running. 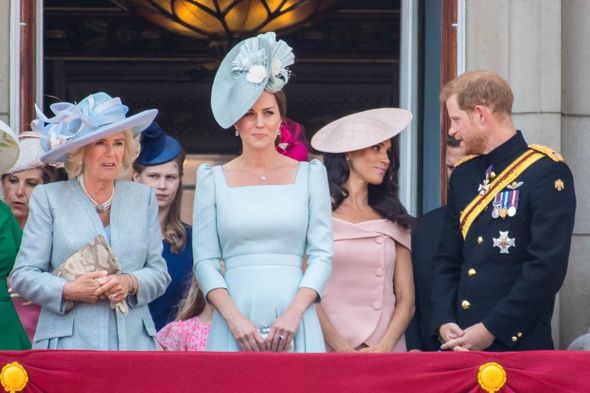 But she added other members of the Royal Family have not been not immune from making media blunders over the years.

She said: “Often when it comes to the press, they can be their own worst enemy.

“Exhibit A: In 1994, when Prince Charles thought that admitting to adultery on TV was a savvy move to win the Wales’ media war.

“Exhibit B: The Queen’s decision to let cameras into Buckingham Palace for the disastrous 1969 doco, Royal Family.

“Exhibit C: Every time Prince Philip opens his mouth near a live microphone.”

It comes after a fly-on-the-wall documentary about the Royal Family from 1969, which had been hidden for 50 years, resurfaced in full on the internet before being swiftly removed last week.

Royal fans were able to view the entire 105-minute BBC programme on YouTube for the first time since it was withdrawn from use in the early 1970s.

The programme offered the first insight into the domestic life of the Windsors, showing the Queen and her family enjoying a picnic at Balmoral, where the Duke of Edinburgh cooked sausages on a barbecue. 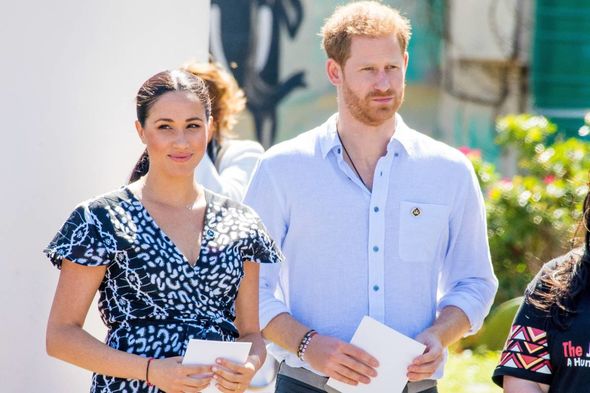 Other footage captured a bare-chested Prince of Wales waterskiing and the Queen buying a young Prince Edward an ice cream with money from her own purse, before declaring: “This disgusting gooey mess is going to be in the car, isn’t it?” 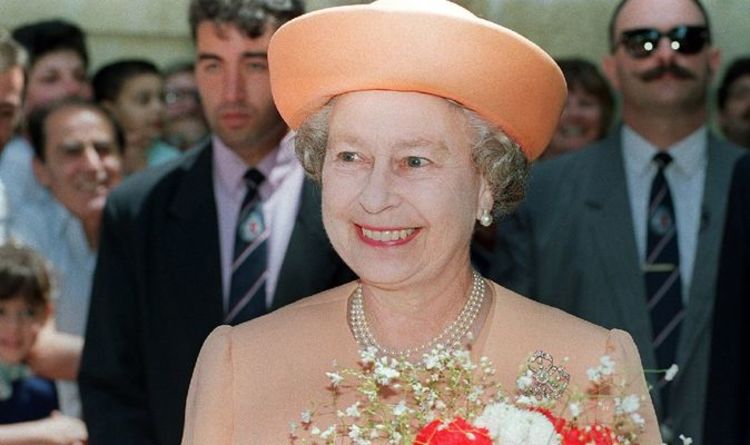 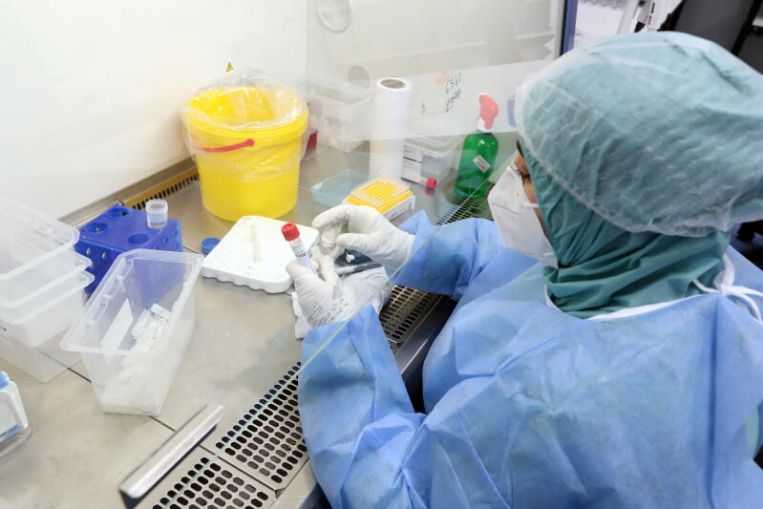 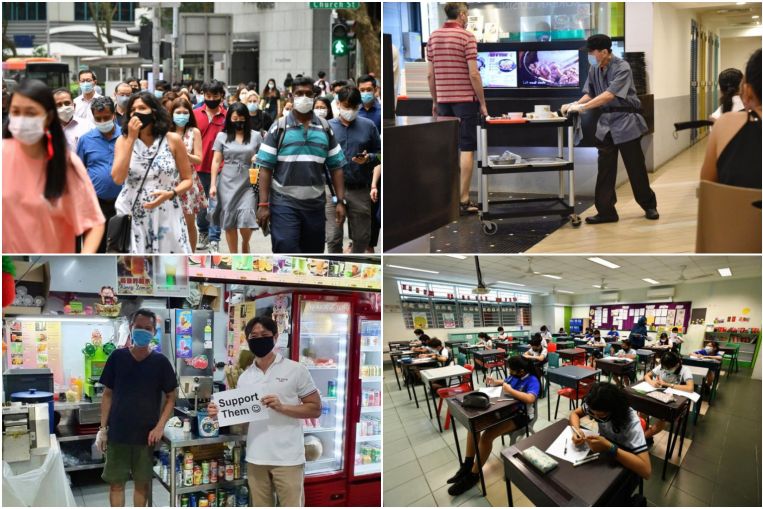