Meghan and Harry sing together in Archewell Audio trailer

Meghan Markle, 39, and Prince Harry, 36, announced they had landed an exclusive podcast deal with streaming giant Spotify last December. On December 15, Spotify confirmed its exclusive deal with the Sussexes who released a statement about their love of podcasting to accompany the big news. Meghan and Harry’s joint statement on the Spotify deal read: “What we love about podcasting is that it reminds all of us to take a moment and to really listen, to connect to one another without distraction.”

They added: “With the challenges of 2020, there has never been a more important time to do so because when we hear each other, and hear each other’s stories, we are reminded of how interconnected we all are.”

The first full episode of the couple’s Archewell Audio series was released on December 29 and two months into the new year impatient Sussex fans are calling for more.

A Spotify statement about the couple’s deal outlined what fans can come to expect from future episodes.

The press release stated: “In 2021, The Duke and Duchess will produce and host podcasts that build community through shared experiences and values.” 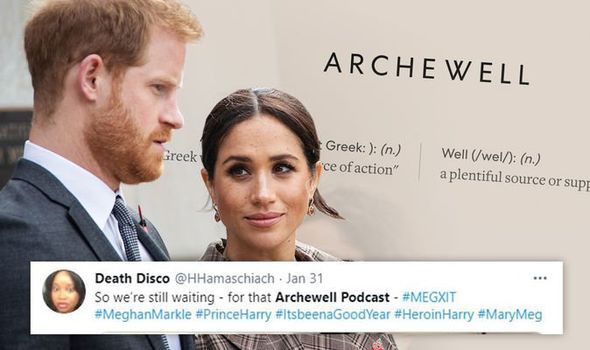 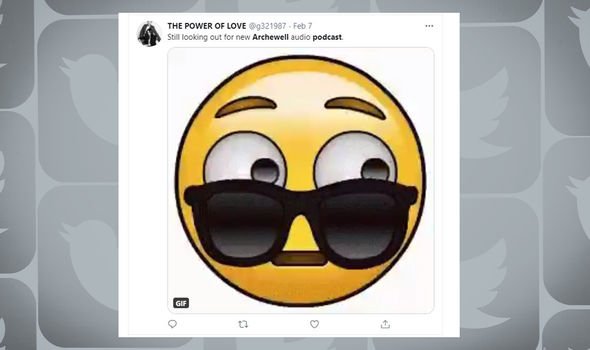 The statement added: “The first complete series from Archewell Audio and Spotify is expected next year and will be available to stream for free on Spotify.”

While Spotify has not confirmed the release dates of future Archewell episodes some Sussex fans have grown impatient on social media.

One Twitter use wrote: “Still looking out for new Archewell audio podcast”, followed by a GIF of a smiley face on the lookout.

Another gushed: “Me looking on Spotify and here every day for the new episode of Archewell audio podcast.” 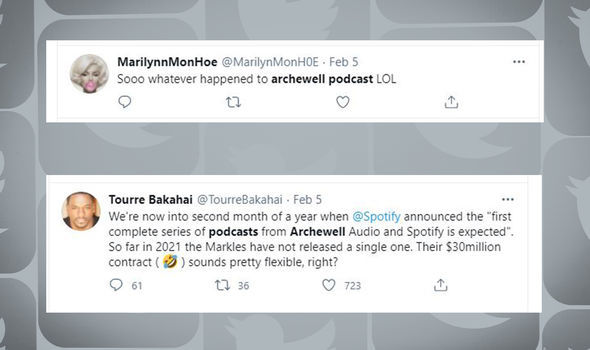 They added: “I can’t wait!”, followed by a GIF of eyes looking out.

A third put: “So we’re still waiting – for that Archewell Podcast.”

While others were less sympathetic and slammed the Sussexes for what they deemed to be a delay in the release of episodes.

One critic seethed: “We’re now into the second month of a year when @Spotify announced the ‘first complete series of podcasts from Archewell Audio and Spotify is expected’.

“So far in 2021, the Markles have not released a single one. Their $30million contract sounds pretty flexible, right?”

Another chimed in: “Sooo whatever happened to Archewell podcast LOL.”

While one claimed the podcast was destined for failure without a fixed schedule.

They put: “What podcast is going to be successful when there is no schedule.

“Surely at the start, you would strive to get them out on time and regularly.

“Even from the first one and their second one was completely irregular. Just coming soon. Maybe it’s annual??” 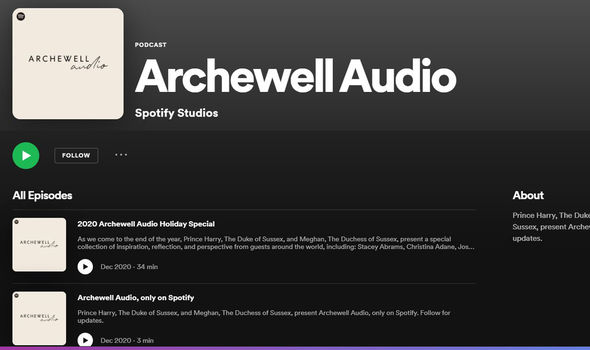 When will Meghan and Harry’s next Archewell episode be released?

Spotify has not confirmed the release date of Meghan and Harry’s next Archwell episode.

However, the streaming giant advised fans to keep up to date with the podcast by visiting its show page here: https://open.spotify.com/show/7kz7cRLYAcPiWxqiKw1nlG

Ed Sheeran and Prince Harry: How Prince and pop star bonded over this unique trait

‘I think not!’ May has the final word with Remainer heckler during No10 farewell speech