Meghan Markle and Prince Harry announced they wanted to take a step back from their royal careers to become financially independent from the Royal Family in early 2020. The Duke and Duchess of Sussex are now believed to be planning a meeting with the Queen and other senior members of the family to renegotiate the terms of their withdrawal agreement. But asked whether the talks signals Meghan and Harry made peace with Her Majesty for their decision, expert Russel Myers told 9Honey: “I’m not too sure about it.

“There’s a lot of water under the bridge but we have to remember that it was an absolute bombshell statement that they dropped.

“They didn’t the Queen, they didn’t tell Prince Charles or William, the senior royals. They completely blindsided them with their decision.

“I think tensions are still running pretty, pretty high to be honest. However, Harry is a very popular member of the family and I think they will want to keep him close rather than keeping him outside of the Firm completely.”

Mr Myers also suggested the Queen may have to take action to “rein in” the Duke and Duchess of Sussex from using their royal connections to strike business deals in the future.

JUST IN: Prince Charles ‘took jealousy out’ on Diana after Princess won public over

Her Majesty was reported to have put her foot down last year after Harry and Meghan asked for permission to launch their independent careers under the brand Sussex Royal.

The royal commentator continued: “I think what the Queen and the senior members of the Royal Family will have difficulty with is how they’re marketing themselves as royal.

“That was the big sticking point when they wanted to take away that Sussex Royal branding and use it, and the Queen absolutely stamped that out. 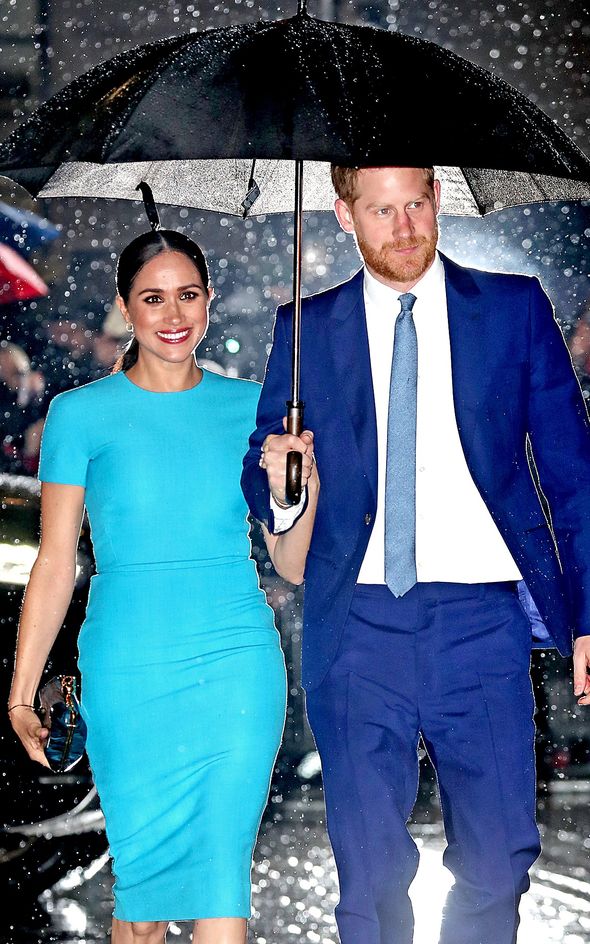 “The Queen and the Royal Family will need to reign them in a little bit because they don’t want them muddying the brand.”

Prince Harry and Meghan Markle released the first episode of their new Spotify podcast last week, which featured not only the royal couple but their one-year-old son Archie as well.

The young royal made his speaking debut as his parents cooed at him in the epilogue of the podcast, wishing listeners a Happy New Year.

Several of the couple’s A-list friends, including director Tyler Perry and superstar Elton John, are scheduled to take part in the project.

But despite the Duke and Duchess of Sussex maintaining their efforts will be focussing on making the world a better place, the pair have faced some criticism since the release of the first episode last week.

Royal commentator Richard Fitzwilliams told Express.co.uk suggested Harry and Meghan’s focus on “the power of love” may have exposed them to some ridicule.

Mr Fitzwilliams said: “This may earn them some mockery, but was undoubtedly sincere.

“It’s the way they genuinely see the world, some see it an unbearably ‘woke’, others as inspiring.

“Essentially it was a constructive contribution by the Sussexes to help end a truly terrible year for the world on an upbeat note.”