Home » Europe » Meghan Markle and Harry tour of Africa: Map of where Meghan and Harry will go in September

Meghan Markle and Prince Harry first met in 2016, within a few months they couple were revealed to be dating. In just a year later, the couple were engaged and they were married in the following May. The following May the couple welcomed their son Archie Harrison Mountbatten-Windsor, and now the family are preparing to undertake their first royal tour as a family to southern Africa.

Today, the couple made an announcement on their Sussex Royal social Instagram account, revealing specific details about their planned trip to Africa this autumn.

The trio will leave for their first tour on September 23 and the trip will conclude on October 2.

The trip, where the family will visit South Africa, before Prince Harry makes a solo visit to Malawi, Angola and Botswana, will include excursions to see the progress and work of various causes supported by Princess Diana.

During a “particularly significant and poignant journey”, Harry will return to Angola to see first-hand the legacy of his mother Princess Diana.

Her visit to Huambo in 1997 helped raise awareness of the threat posed by landmines to communities and livelihoods. 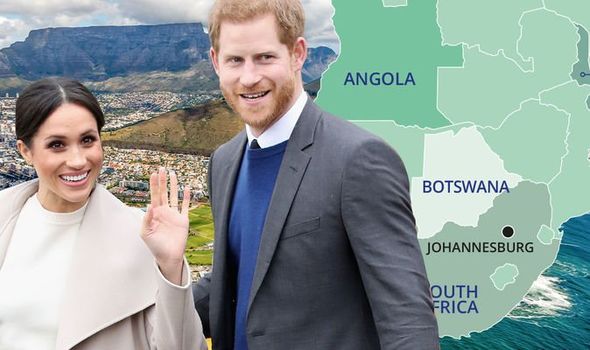 The couple’s schedule for the trip is as follows:

Meghan and Harry will visit Cape Town where they will attend a workshop which teaches children about their rights and provides self-defence classes.

The Duke and Duchess of Sussex have also planned to tour the District Six Museum to learn about the work done to reunite people affected by the apartheid. 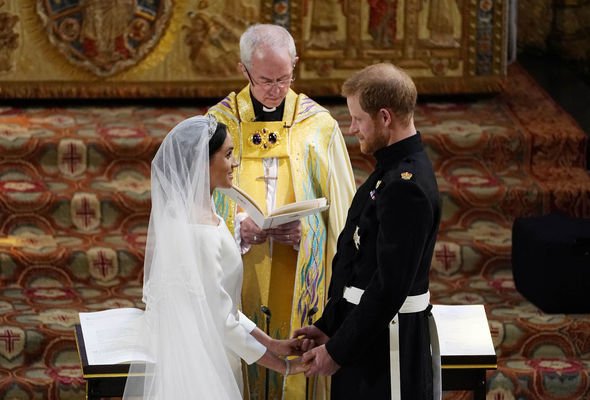 Prince Harry and Meghan Markle will then travel to Monwabisi Beach to learn about Waves for Change.

The couple will also see the work of the Lunchbox Fund, which provides meals to schools across towns and rural areas.

Prince Harry then plans to join the City of Cape Town Marine Unit to learn about anti-poaching programmes.

In the afternoon, Harry and Meghan will visit the country’s oldest mosque before attending a reception at the British High Commissioner’s residence.

The Sussexes will meet the Archbishop Desmond Tutu and his wife at their legacy foundation.

Meghan is then due to stay on in South Africa, while Prince Harry journeys to other southern African countries.

During the rest of her day in South Africa, she will visit the Woodstock Exchange that encourages female entrepreneurs.

Meanwhile, her husband will go to Botswana where he will join school children to plant trees. 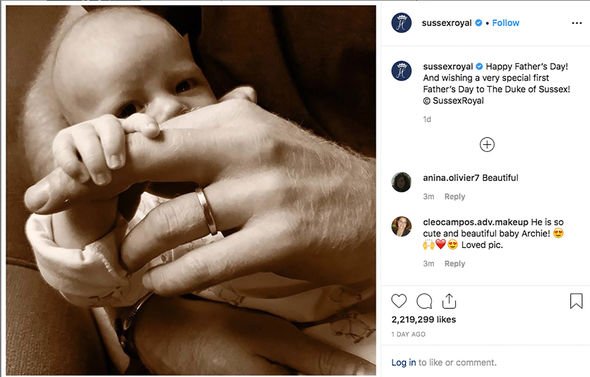 Meghan Markle is due to participate in a Women in Public Service breakfast.

Prince Harry will travel to Angola to witness the legacy left behind by his philanthropist mother Princess Diana regarding the threat of landmines.

Harry will also visit the spot where his mother famously stepped over landmines and was photographed.

Prince Harry will meet with President Lourenco at the Presidential Palace and then will visit a maternity hospital before travelling to Malawi. 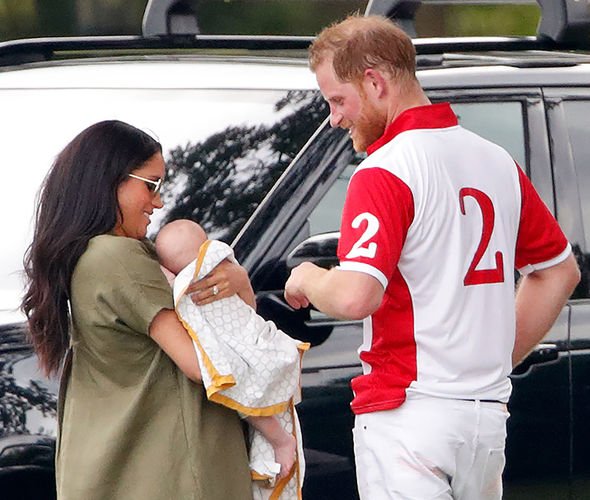 The Duke of Sussex will visit a local college which supports women obtaining and education.

He will also meet with the country’s President, Peter Mutharika.

The 34-year-old prince will fly to a national park to pay tribute to guardsman Mathew Talbot, who lost his life while on an anti-poaching patrol.

The British royal will visit the Mauwa Heath Centre before heading back to South Africa to catch back up with his wife and son.

Prince Harry and Meghan Markle will reunite before they meet with local youths deemed to be inspirations in their community.

They will also meet with Grace Machel, the widow of the late President Nelson Mandela. 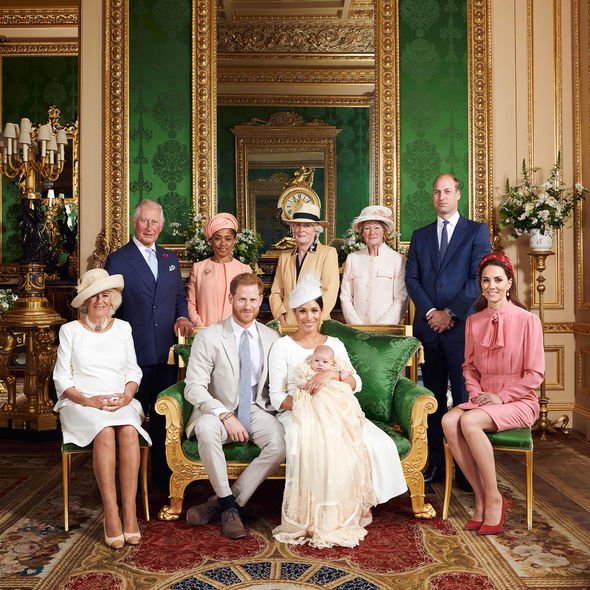 In today’s announcement, alongside a series of images related to the trip, the message read: “Today, we are excited to be able to announce details for the Duke and Duchess of Sussex’s upcoming tour to Africa!

“In just two weeks, Their Royal Highnesses will embark on this official tour focusing on community, grassroots leadership, women’s and girls’ rights, mental health, HIV/AIDS and the environment.

“This programme has been many months in the making, and The Duke and Duchess are eager to focus their energies on the great work being done in Southern Africa.

“From meeting with Archbishop Desmond Tutu to joining ‘Waves for Change’ on Monwabisi Beach, the South Africa programme will be educational and inspiring.

“The Duke is especially proud to continue the legacy left by his mother with her work in Angola as he joins Halo Trust again in an effort to rid the world of landmines. 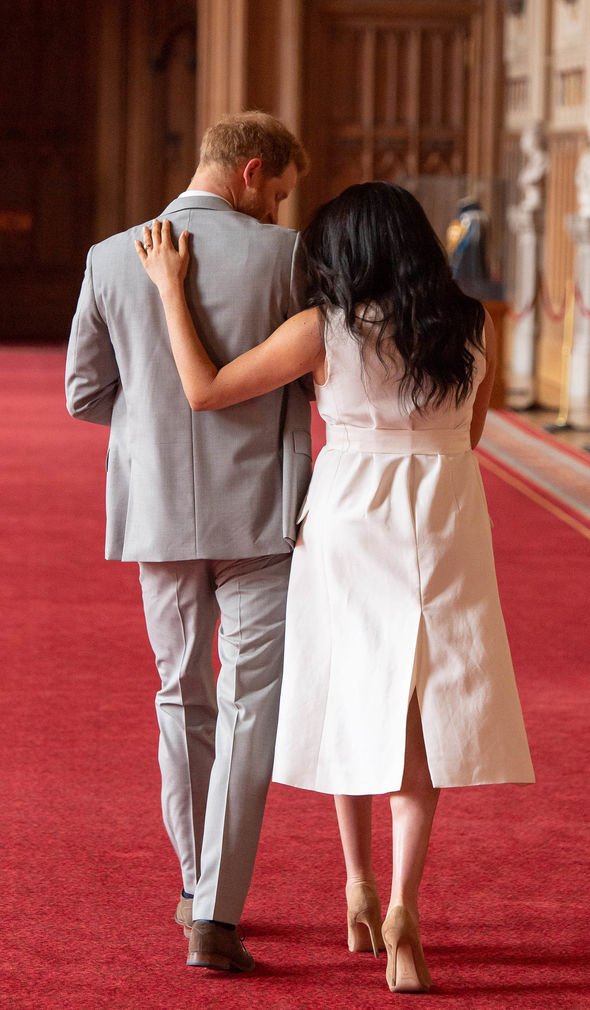 “HRH will also travel to Malawi where he will check in on the British Army’s partnership with African Parks and will be working on the ground supporting local communities.

“The Duke is particularly proud to be able to deliver an exciting new initiative, a Queen’s Commonwealth Canopy three-country partnership which he designed and consulted with Governments in Namibia, Botswana and Angola to protect forest and wildlife corridors around the Okavango Delta.

“The Duchess will be working with local organisations to promote women and girls’ health and education, entrepreneurship and leadership.

“With such a textured culture and history, Their Royal Highnesses are grateful for the opportunity to connect with those on the ground in Southern Africa and to be inspired by the work being done and learn how they can be better supported.

“As President and Vice President of The Queens Commonwealth Trust and The Duke’s role as Commonwealth Youth Ambassador, The Duke and Duchess cannot wait to meet with young leaders mobilising change and adding to the beauty of these Commonwealth countries.

“We look forward to seeing you soon!”