Zara, 38, was yesterday photographed putting an arm around the senior royal and having a close chat with him in scenes royal fans suspect could see Kate and Meghan, both 37, shunned by the father-of-two in favour of the blonde. Charles and Zara have been known to affectionately embrace and giggle together, with their touching behaviour a sure sign that his relationship with the daughter of his sister, Princess Anne, is far less formal. This may have something to do with the fact Zara does not hold a royal title.

Royal expert Rob Jobson, who wrote a book on the Prince of Wales, told Fabulous Digital: “Zara is blood family. He has known her since she was a baby so it is far closer than say his relationships with his daughter-in-laws.

“Charles is closest to his sister Anne of all his siblings and has always been very supportive and affectionate towards his niece.”

Images of the pair also show Kate in a stunning blue gown and matching hat chatting to others at the racing event yesterday, while Zara led her uncle away.

Meghan, who Charles is also fond of having walked her down the aisle at her wedding to his son, Prince Harry, was not at Ascot yesterday. 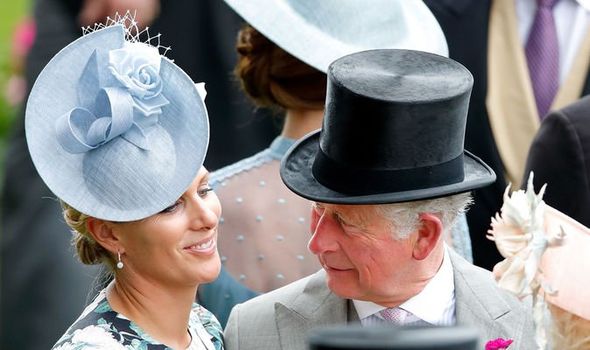 She is on maternity leave after giving birth to her fist son, Archie, on May 6.

She did however, attend the Trooping the Colour celebration of the Queen’s birthday two weekends ago – despite missing the state visit from US President Donald Trump.

Kate travelled with Charles in the carriage to the races yesterday, along with camilla, Duchess of Cornwall, and Kate’s husband Prince William.

The group traveled in a procession of carriages behind the Queen, who was joined in her carriage by Prince Andrew, the King of the Netherlands Willem-Alexander, and his wife, Queen Máxima. 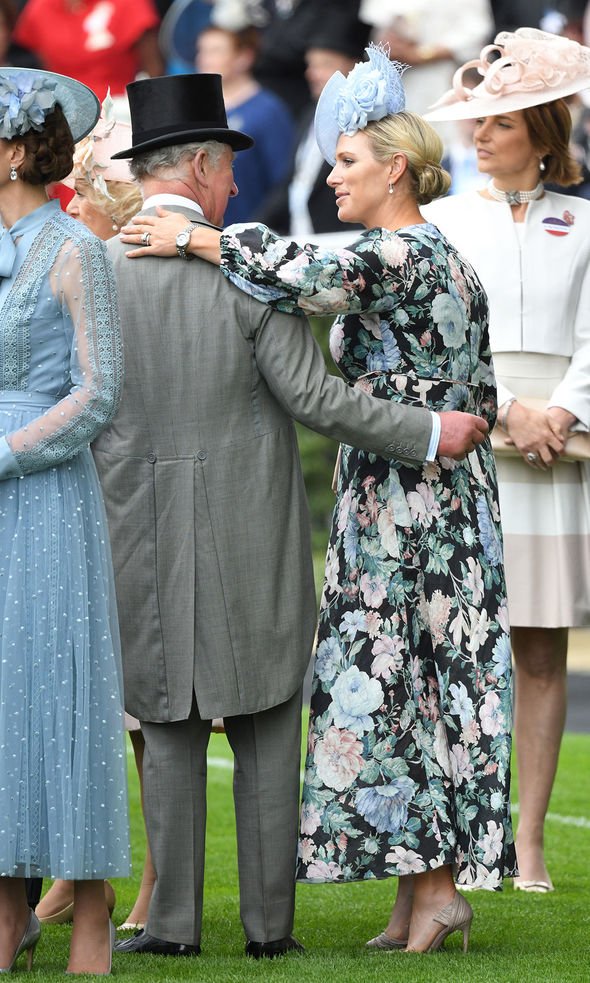 Travelling behind the Duke and Duchess of Cambridge in carriage three was Princess Anne, the Lord de Mauley, Prince Edward, and Sophie, the Countess of Wessex.

The Royal Family arrived at the racecourse, passing through Ascot’s golden gates, just half an hour before the first race begins.

The racing event is one of the Queen’s favourite outings of the year and the family has regularly been in attendance.