Royal correspondent Rob Jobson explained he sees the Oprah Winfrey interview with Meghan and Harry as an advertisement for their ventures in America. Rob Jobson argued that it would “boost their brand” and make them more marketable for companies who want to work with them. Mr Jobson added the pair are “monetising the Royal Family all the time” as it is the only way they are able to get money.

Speaking on The Royal Beat, Mr Jobson joined other royal experts, such as Victoria Arbiter, to discuss the upcoming Oprah Winfrey interview.

He said: “They’re monetising the Royal Family all the time.

“Let’s be clear, the reason they are doing Oprah is to boost their brand and get as much attention as possible because that is the power of the buck.

“The reason they are talking about their private life is because they need to make sure their brand is high and highly visible in America.” 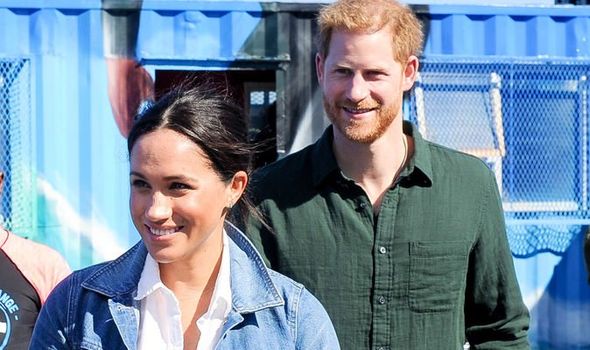 It was revealed that Harry and Meghan have already spoken with chatshow host Oprah Winfrey which will be broadcast on March 7.

The pairs’ royal patronages given to them by Buckingham Palace were taken off them soon after the news was announced.