The Duke and the Duchess of Sussex have once again become the centre of criticism after the couple released a rare statement addressing reports Meghan had removed her first names from Archie’s birth certificate. The reports claimed the Duchess had secretly erased her birth names “Rachel Meghan” on official documents papers in 2019, leaving only “Her Royal Highness the Duchess of Sussex”.

In a rare move, Meghan debunked the rumours, claiming the Palace “dictated” the changes.

In a statement to Page Six, a spokesperson for the Duchess said: “The change of name on public documents in 2019 was dictated by The Palace, as confirmed by documents from senior Palace officials.

“This was not requested by Meghan, The Duchess of Sussex nor by The Duke of Sussex.”

But Meghan and Harry came under fire over the statement. 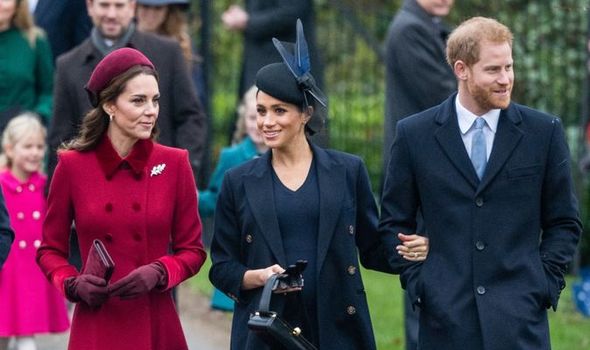 Writing for news.com.au, royal commentator Daniela Elser said the couple’s latest rows had “overshadowed” a special moment for Kate Middleton that “ended up being a PR fail”.

Last week, the Duchess of Cambridge shared “one of her most natural video appearances” as she filmed herself with a special message for Children’s Mental Health Week.

According to Ms Elser, a bare-faced bobby-hat-wearing Kate “made royal history” by filming herself for the first time for an official appearance.

However, the writer said the royal milestone was “eclipsed” by the “brouhaha” caused by the Sussexes’ latest row.

Ms Elser said: “But chances are, unless you spend far too much time stalking the byways of royal Twitter (oh, it can be a very dark place at times) or are Carole Middleton then there is every chance you would have missed Kate’s digital first.”

She added: “If ever there was a week to remind Buckingham and Kensington Palaces, Fleet Street, social media, various HRHs and royal scribes everywhere about which Windsors people really care about in the royal pecking order, it was this one, with the brouhaha over who excised Meghan’s given names from her son’s official documents dominating.

“As fingers were pointed across the Atlantic, with both the royal and the palace pointedly laying blame on the other, poor Kate’s video, which should have been a sure-fire PR win, was eclipsed.” 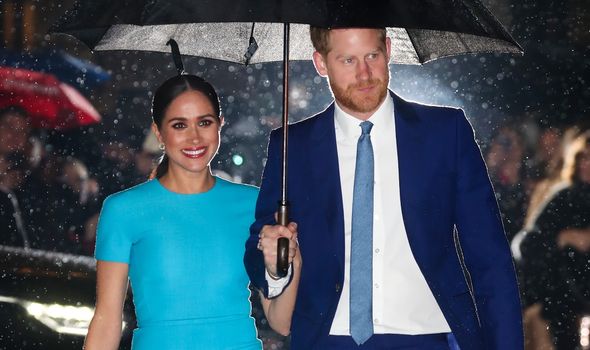 The writer added that Kate’s “Good Work” should have taken the spotlight among royal fans and experts, but was instead lost due to the media coverage given to Meghan and Harry.

Ms Elser said: “Let’s imagine for a moment that Kate and her dedicated team coming up with the idea (oh you just know that a white board and a packet of Hobnobs was involved), polite claps on the back all around as they decided on the Duchess recording a far more personal and intimate message than normal for this year’s charity drive.”

She added: “Instead, as has happened numerous times before, the latest chapter in Keeping Up With The Sussexes had us – the media, royal watchers, the sentient public, anyone with opposable thumbs – totally enthralled and in the wash, Kate and Her Good Work was largely obliterated.”