The Duchess explained she emphasises “straight forward” subjects rather than those that could put “my family in a position of risk”. The remarks were made during a meeting of Fortune’s Most Powerful Women Gen Summit.

Due to the coronavirus pandemic the members only event was held virtually.

Meghan addressed the forum via video link from her home in Santa Barbara, California.

Asked whether motherhood made her more cautious or courageous the Duchess replied: “It’s interesting because my gut is that it makes you more courageous.

“It makes you so concerned for the world they’re going to inherit, and so the things that you’re able to tolerate on your own are not the same. 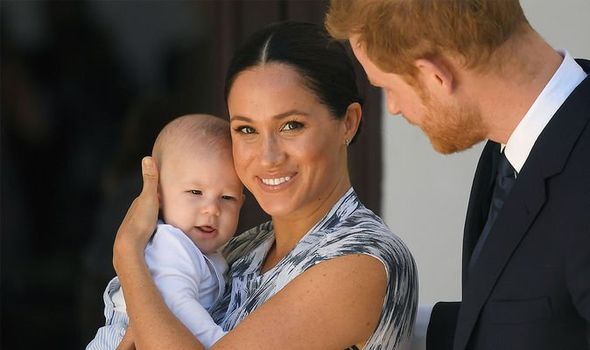 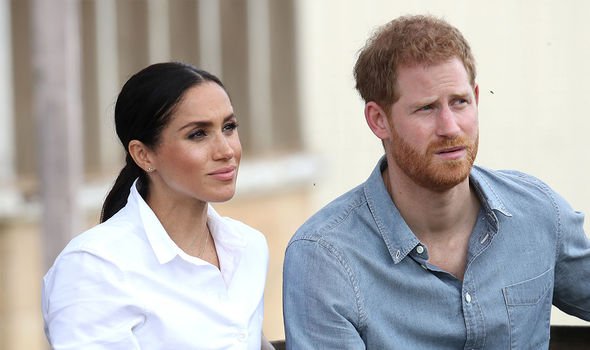 “At the same time I am cautious of putting my family in a position of risk by certain things, and so I try to be rather very clear with what I say and to not make it controversial, but instead to talk about things that seem fairly straight forward – like exercising your right to vote.”

Last month the Duke and Duchess of Sussex urged Americans to register to vote during a show to celebrate Time Magazine’s list of the 100 “most influential people of 2020”.

Meghan commented: “Every four years, we are told the same thing, that ‘This is the most important election of our lifetime’. But this one is. 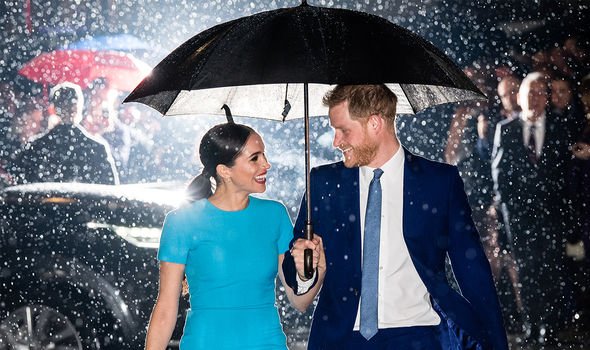 “When we vote, our values are put into action and our voices are heard.

“Your voice is a reminder that you matter. Because you do. And you deserve to be heard.”

Prior to joining the Royal Family Meghan was outspoken on a number of issues that concerned her, including women’s rights and the environment.

During his 2016 presidential campaign she described Donald Trump as “misogynistic” and “divisive”. 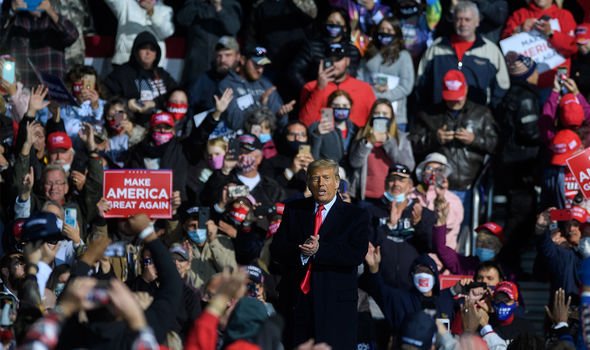 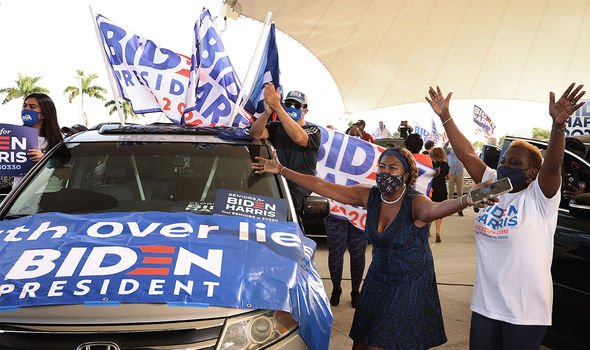 At the Time 100 event Prince Harry also called for Americans to register to vote.

He added: “As we approach this November, it’s vital that we reject hate speech, misinformation and online negativity.”

In response Jason Smith, a Republican Congressman, wrote to the British Ambassador accusing the couple of “interference”.

By convention British royals don’t intervene in the domestic politics of the UK or any other country.

He wrote: “By allowing the Duke and Duchess of Sussex to retain their titles, and these political comments to continue, the British Government is effectively condoning interference in the 2020 United States Presidential Election from officials at the highest level of the British establishment.

“These actions represent a serious breach of the British Royal Family’s policy of political neutrality and an inappropriate act of domestic interference by one of our closest allies.”

When asked about Meghan’s remarks at a White House press conference Mr Trump replied: “I’m not a fan of hers. 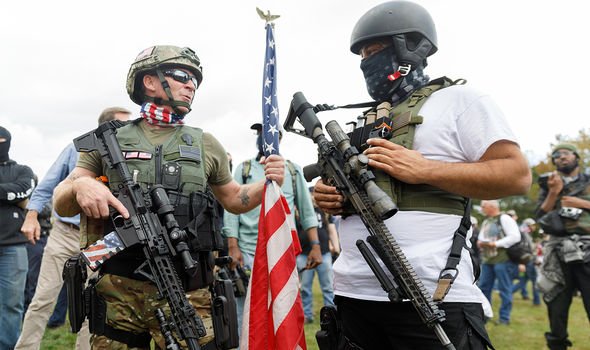 “I wish a lot of luck to Harry, because he’s going to need it.”

Meghan and Harry announced they planned to step down as senior members of the Royal Family in January.

Instead the couple vowed to become “financially independent” whilst dividing their time between North America and Britain.