Royal biographer Robert Hardman has insisted there is a “pretty big inconsistency” with the explosive claim made by the Duchess of Sussex. Meghan Markle told Oprah Winfrey in her landmark sit down interview that an unnamed member of the Royal Family had expressed “concern” over Archie’s potential skin tone. The allegations have placed Buckingham Palace at the centre of a row over racism but Mr Hardman has called into question key details of the Sussexes’ account.

The royal expert told TalkRADIO’s Ian Collins: “What I noticed as we went along, you would hear one sort of bombshell accusation and you would think hang on, half an hour ago we were on the same subject and I heard something else.

“Probably the most loaded accusation of the lot is early on the interview when the Duchess talked about the issue of race.

“She says when she was pregnant there was this very unpleasant conversation involving the colour of Archie’s skin and it was linked to security and to him getting a title.” 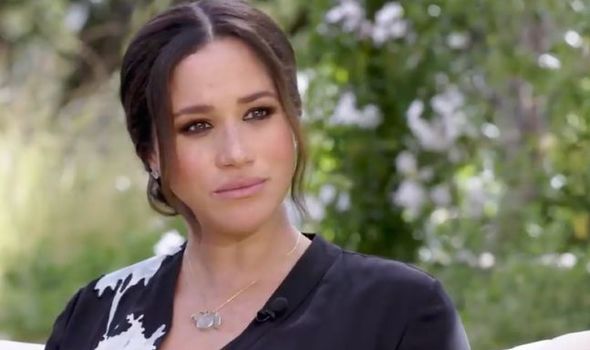 He continued: “That is obviously a very serious charge.

“It doesn’t really stack up, the three don’t interlink because security, that’s a matter for the police and the titles are laid down by 100-year-old law.

“About an hour later Harry rocks up, Oprah Winfrey being a journalist goes back and asks him about this because Meghan says I wasn’t there when this conversation happened.

“So she gets on to Harry, ‘well whats about this conversation?’ and he says ‘oh it was right back at the beginning, the early days,’ before we were married.’ 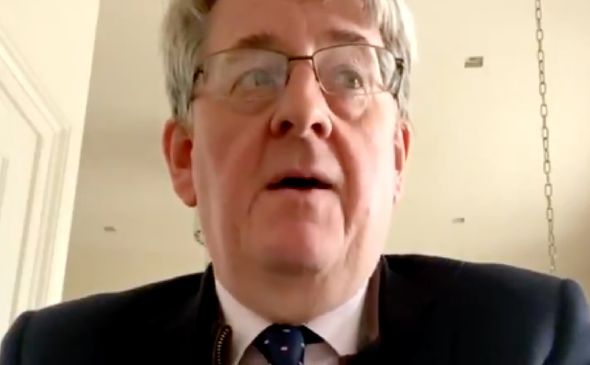 Mr Hardman added: “So in other words, here you have one of the most important, central and I would say really heavy charges to come out of this whole thing.

“But there is a pretty big inconsistency there.

“She talks about being a sort of prisoner of the institution, she is not even allowed to go for lunch with her friends.

“They take away her passport. her key and her driving licence, she says at one point.”

“But then about half an hour later we hear that there was no one there to help her,” he said

“That there was no one there to guide her, that she ended up googling the words to the national anthem because there wasn’t anyone there to kind of hold her hand.

“So again is this institution run by control freaks or is she being kind of cast adrift?”

Despite the comments made about the Royal Family in last night’s interview – which will air in the UK on ITV at 9pm tonight – Harry said he has “respect” for his grandmother and Meghan described the Queen as having “always been warm and inviting”.

COVID-19: Number of people waiting a year for hospital treatment in England soars amid coronavirus crisis