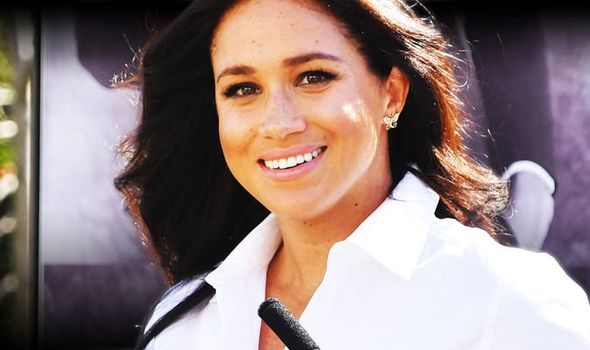 The trial was scheduled to start on January 11 and last approximately 10 days. However, the date has now been “vacated” and a new trial date is being arranged for autumn 2021.

It was announced yesterday Meghan’s lawyers had applied for a summary judgement.

Today’s ruling took place instead of another hearing previously scheduled to be held by Judge Francesca Kaye at 11am.

Judge Kaye was due to consider costs and case management issues ahead of the trial.

Meghan is suing the publisher of the Mail on Sunday, Daily Mail and MailOnline – Associated Newspapers – over the publication of extracts of a private hand-written letter she sent to her estranged father.

The Duchess of Sussex had sent this letter to Thomas Markle Snr in August 2018.

The articles including extracts from it were released in February 2019.

Meghan is seeking damages from the publisher, accused of alleged misuse of private information, copyright infringement and breach of the Data Protection Act.

Associated Newspapers wholly denies Meghan’s allegations, particularly the Duchess’s claim that the letter was edited in any way that changed its meaning, and has said it will hotly contest the case.

Today’s hearing follows other skirmishes – two of which have been lost by the Duchess of Sussex.

In May, Associated Newspapers got removed from the case allegations its publications had acted dishonestly and stoked the rift between Meghan and her father.

In August, Meghan’s request to keep a secret the identity of her five friends who, in early 2019, had spoken to People magazine was welcomed by the court.

During their interview, these friends briefly mentioned Meghan’s letter to her father.

Last month, Meghan lost another skirmish, with the judge ruling in favour of Associated Newspapers who had asked for the right to use the unofficial biography of the Sussexes, Finding Freedom, during the trial.

Meghan’s lawsuit was first announced by Prince Harry in October last year, as their successful tour to South Africa was about to end.

The Duke published a blistering statement on a website, SussexOfficial.uk, in which he said Meghan had “become one of the latest victims of a British tabloid press that wages campaigns against individuals with no thought to consequences.”

Harry added, recalling his mother Princess Diana’s relationship with the press: “Though this action may not be the safe one, it is the right one.

“Because my deepest fear is history repeating itself. I’ve seen what happens when someone I love is commoditised to the point that they are no longer treated or seen as a real person.

“I lost my mother and now I watch my wife falling victim to the same powerful forces.”

Britons banned from Czech Republic unless they test negative for coronavirus

For Japanese Princess, Fairy-Tale Wedding May Be Distant Prospect
We and our partners use cookies on this site to improve our service, perform analytics, personalize advertising, measure advertising performance, and remember website preferences.Ok