The Duchess of Sussex has been coming into her own sense of style. Vogue Magazine called her “more confident and laid-back” while looking “herself”. Meghan Markle’s style change has been described as “less trussed up than we have seen her in the past”.

For example, last month she met journalist and feminist activist Gloria Steinem. During that lunch, she wore preppy, but laid-back, navy Bermuda shorts by Dior paired with a Nia clutch bag by Cult Gaia.

The LA-based designer describes the bag as “Cali-infused, bohemian” – perfect for the LA native.

Ms Steinem reportedly met with Meghan to discuss the recent US Supreme Court ruling which threw out Roe v Wade, a move which could see abortion rights curtailed in many states.

Meghan then stunned fans on a night out in the Big Apple with a sleek white-necked strapless black jumpsuit by Gabriela Hearst. 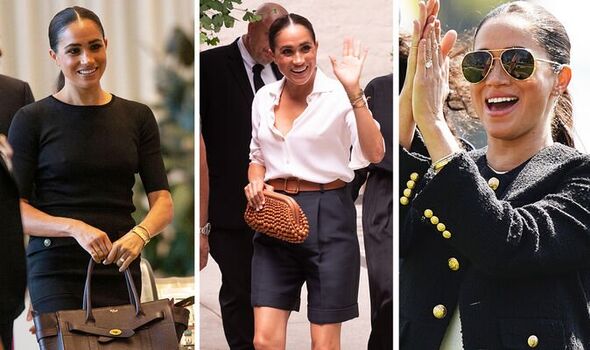 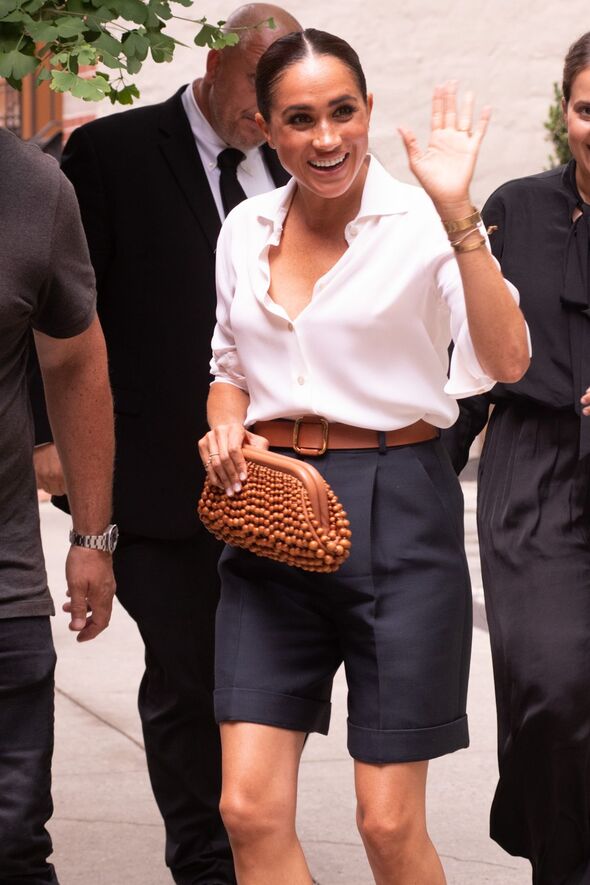 The Duchess wore the outfit accompanied by Prince Harry to meet friends at the Italian restaurant Locanda Verde.

Writing for Vogue, news editor Alice Newbold said: “Since stepping down as a senior member of The Firm in January 2020, we’ve seen Meghan in three modes: Santa Barbara mom, Hollywood businesswoman, and exiled royal on a mission to tell her side of the story.”

She added: “The whirlwind trip [to New York City] left the overall impression of a woman who had absolutely nailed it in terms of personal PR.”

Ms Newbold said that photos of a “more confident” Meghan had been emerging for some time. 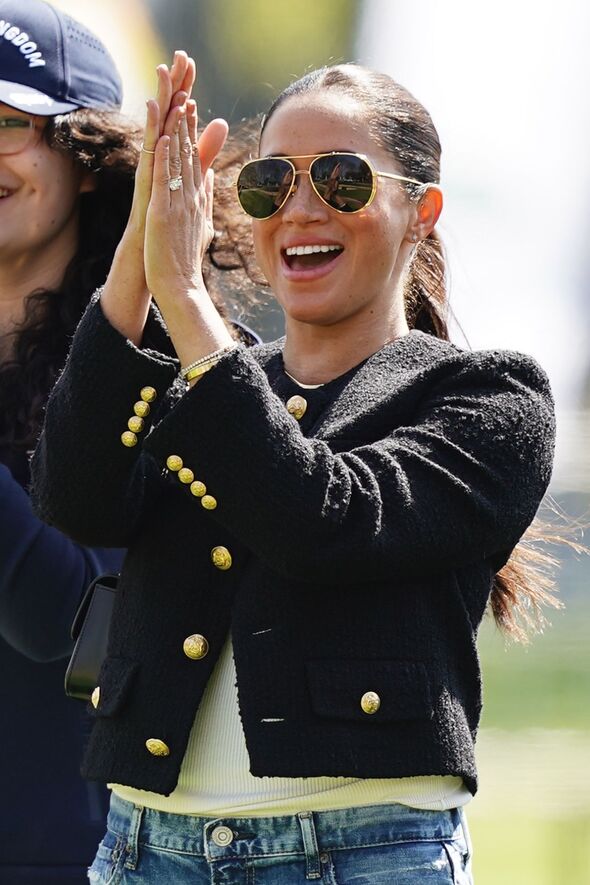 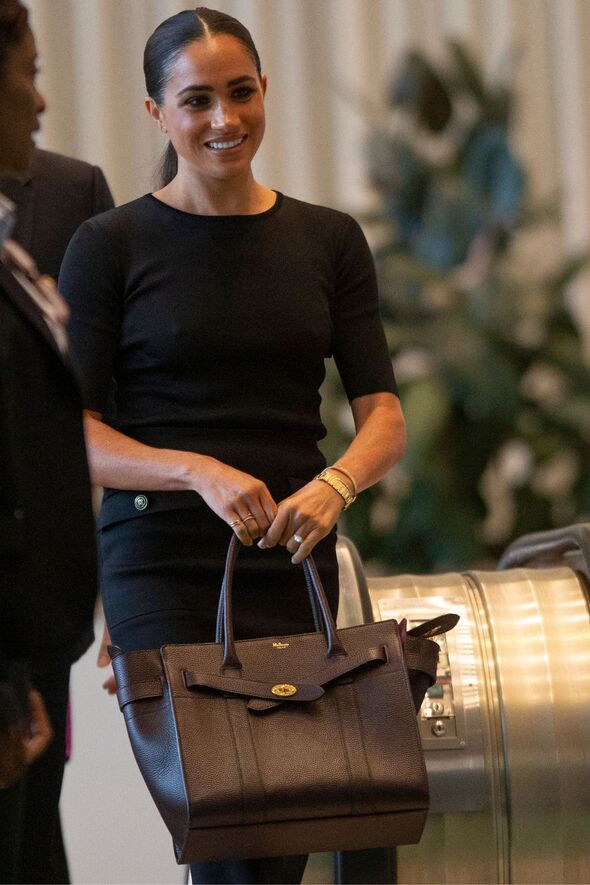 She said there are “small and subtle” shifts in the Duchess’s appearance, including the occasional “distressed denim” or “crumpled linen shirt”.

It was all part of Meghan’s “armour against the world”, according to Ms Newbold.

In fact, the Duchess may be harking back to the same look she wore in 2016 – the year she caught Prince Harry’s eye.

The Duke and Duchess of Sussex were in New York for Prince Harry to give a speech to the UN in honour of Nelson Mandela Day 2020 – the event had been delayed due to the Coronavirus pandemic.

To the UN, Meghan wore all-business, all-black Givenchy workwear. The Duchess looked confident at the occasion as her husband gave the speech. 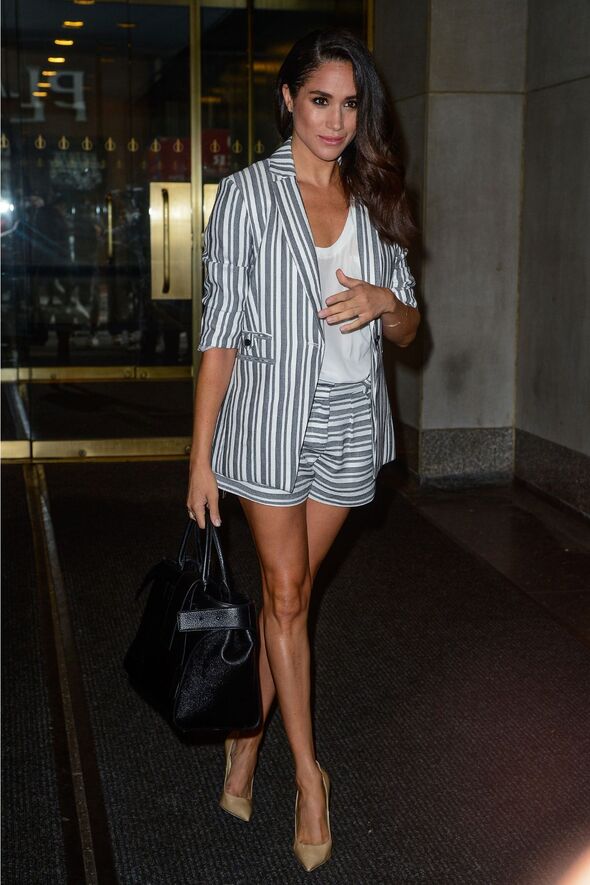 As Meghan’s style continues to evolve, the Duchess seems to coming into her own.

However, across the pond, relations with the rest of The Firm seem to remain strained.

Prince Harry plans to release his memoir and the couple is reportedly filming a Netflix docuseries – something which likely keeps the Royal Family back in Britain on edge.

While Meghan finds herself and changes her appearance far away from the Royal Institution, a chance at rapprochement between the Sussexes and The Firm seems further than ever.

Jailed man, 81, acted as getaway driver because he felt ‘isolated’